Ørsted will be submitting a bid in the Dutch offshore wind tender for Holland Coast South 3&4. As part of its proposal to the Dutch government, Ørsted has already taken the final investment decision on the project and is working to establish green hydrogen projects based on power from its Dutch offshore wind farms. 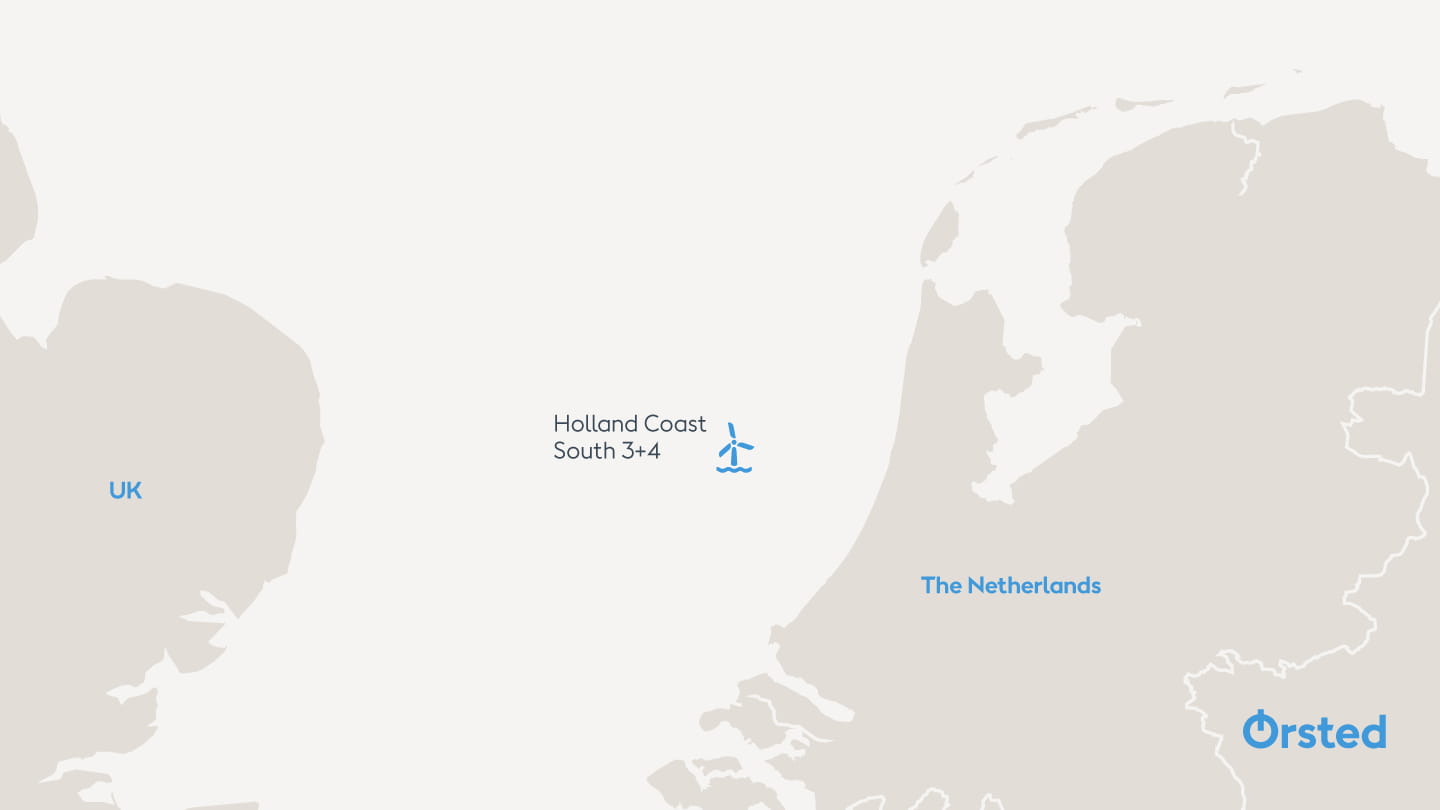 Henrik Poulsen, CEO and President of Ørsted, says: "We're strongly committed to the Netherlands, and we believe that our bid for Holland Coast South 3&4 offers significant benefits for the Dutch society in terms of clean and cost-competitive energy as well as industrial development. By bringing our more than 25 years of experience in developing, constructing and operating offshore wind farms, we are a highly reliable partner for the Dutch government in taking the next step towards reaching the Netherlands' ambitious target of 11.5GW offshore wind by 2030."

Ørsted is already heavily engaged in the Dutch offshore wind market through the 752MW Borssele 1&2 project which Ørsted won the tender for in 2016, and which will be the largest offshore wind farm in the Netherlands when completed in Q4 2020/Q1 2021. The wind farm will be capable of generating enough green energy to power one million Dutch households.

Martin Neubert, Executive Vice President and CEO of Ørsted Offshore, says: "We're progressing very well with Borssele 1&2. Working on the Netherlands' largest offshore wind farm has given us valuable insights and experience which we will leverage on Holland Coast South 3&4. As a strong sign of our commitment, the Board of Directors of Ørsted A/S has already approved the final investment decision for Holland Coast South 3&4. The funding is secured and guaranteed on our balance sheet, so if the Dutch government selects Ørsted, they can be certain that the wind farm will be built."

In 2019, Ørsted will build the operations & maintenance site for Borssele 1&2 base in Vlissingen, Zeeland, creating 50-100 permanent and highly skilled jobs in Zeeland for its operational lifetime. Ørsted is working with several Dutch suppliers on Borssele 1&2 including Van Oord (installation cables), Sif (foundations), Fugro and Boskalis (site investigations) and Cordeel (contruction of O&M base).

As part of its bid for Holland Coast South 3&4, Ørsted is working to establish green hydrogen projects which will be linked to Ørsted's Dutch offshore wind farms.

"Using offshore wind to produce green hydrogen from electrolysis is an enabler to decarbonize other sectors such as heavy industries and transport. Production and sale of green hydrogen to large industrial customers can help stabilize revenues from offshore wind farms which rely on the market price of power like Holland Coast South 3&4 will. We are ready to scale-up and bring down costs of green hydrogen like we have done with offshore wind," says Henrik Poulsen.

In 2018, Ørsted, who was recently ranked the world's most sustainable energy company, employed 83% of its capital in renewable energy, and Ørsted will be investing an estimated DKK 200 bn in renewables from 2019 through 2025. Ørsted has reduced its CO2 emissions by 72% since 2007 and has decided to entirely phase out coal from its Danish power plants by 2023.