DONG Energy is testing whether Zealand's defibrillator is ready to carry out first aid to the electricity grid. 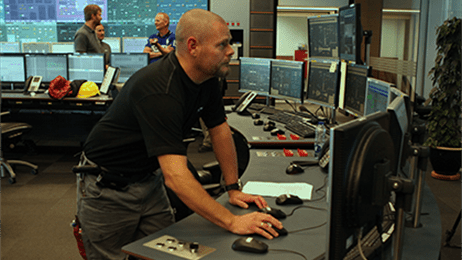 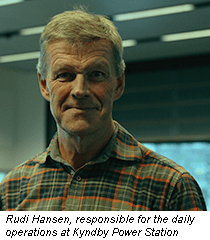 The grid must have both enough voltage and enough power to enable the power stations and the wind turbines to restart in case of power failure. Kyndby Power Station is tasked with supplying the necessary voltage and power within three hours.

Hansen continued: "When we face the worst case scenario, that all of Zealand is without power, we have two options. We either start a large diesel generator by means of compressed air and then the power-generating unit. Alternatively, we use batteries to start a small gas turbine. The small gas turbine can then start a larger gas turbine which can start the actual power-generating unit. Only then can the start-up procedures be initiated for the power stations and wind turbines which have come to a standstill."

The power station has served as the backup power station on Zealand since the 1970s and has been renovated and maintained on a continuous basis. In 2014, DONG Energy and the Danish transmission system operator Energinet.dk entered into a new five-year agreement stating that the Kyndby Power Station together with the gas turbine at Masnedø CHP Plant will continue to serve as backup power stations on Zealand from 2016 and onwards.