Ørsted is incredibly proud to have worked with Helen on our Space Safari project. Helen provided a guided commentary for our virtual space mission; Space Safari. in which she shares her experiences and memories of her time in space. Ørsted and Helen invite you to embark on the journey of a lifetime one hundred kilometres above sea-level to see your home like never before and just perhaps, experience one of the rarest sensations in the universe: the Overview Effect.

Whether you have chosen Helen to be your co-astronaut during your virtual space mission, or are interested in the path Helen took to becoming the first British astronaut, you can learn more about Helen Sharman below.

How did Helen Sharman become an astronaut?

Whilst driving home from her job at Mars in June 1989, Helen heard an advert for Project Juno on the radio: “Astronaut wanted, no experience necessary.” She leapt at the opportunity, making a swift application and facing the aptitude tests, physical exams, and psychological assessments to more than 13,000 other candidates.

In a recent interview, Helen stated that “it wasn’t so much going to space as the training that appealed [...] living in Russia, learning the language, doing advanced mechanics. It was a way out [of] the rat race.” She certainly got what she was looking for, travelling to Russia to attend the esteemed Gagarin Cosmonaut Training Center in Star City, Moscow for 18 months.

She trained here alongside Major Timothy Mace, the other candidate who had been initially selected, although “learning Russian became [her] greatest priority.” During her time in Star City, she also discovered that the standard, off-the-shelf space suits were far too big for her, having been designed for men.  A suit with her exact measurements was made for Project Juno, which is currently on display at the Science Museum in London.

Having undergone 18 months of rigorous physical, mental, and linguistic training, Helen was selected as the “prime astronaut”. On 18th May 1991, she blasted off into space aboard a Soyuz spacecraft to become the first British astronaut to leave the planet.

Having launched on 18th May 1991, the Soyuz spacecraft travelled to Mir, a low-orbit space station, and then returned safely on 26th May 1991. During her time at the Mir space station, she conducted medical and agricultural tests, spoke to British schoolchildren via a radio connection, and photographed the UK.

Helen’s experience of the Overview Effect


During spaceflight, some astronauts describe the awe-inspiring moment they saw Earth in its fragile glory and felt the urge to protect it. This is known as “the Overview Effect” and it inspires the desire to protect our planet. When Helen first saw the Earth from the Soyuz spacecraft, she experienced the Overview Effect first hand. In her guided commentary during our 360 VR Space Safari experience, Helen describes the sensation of seeing our planet from this unique perspective;  “Looking at the Earth from space made me realise the interconnectedness between everything and everyone on that tiny, fragile, and precious blue dot. I realised that, despite our differences, we are all living in the same boat (or spaceship). I felt a sense of responsibility towards our home, to the life and lives it supports. This feeling has stayed with me ever since. Among astronauts, like me, we call this feeling the Overview Effect. Just take a moment to let it all sink in before you start your journey back home. Look at the Northern Lights and the galaxy behind. And do you see the light blue line surrounding our planet? That’s the atmosphere and it has sustained all life on our planet for millions of years. Earth is an extraordinary place but lately, our way of life has become a threat.” Trying to describe the feeling of the Overview Effect is difficult which is why, together with Helen, we invite you to experience it the overview effect for yourselves through Ørsted’s 360-degree virtual reality space flight.

With Helen as your co-pilot, the Space Safari project aims to enables you and I to experience the overview effect in the hope that we can work together to save the fate of our planet. There is no Planet B and if we continue at the rate we are now, by 2030, the damage caused by climate change will be irreversible.

Ready to experience space in the same way that Helen did? Embark on our virtual space mission and see planet Earth like never before. 3… 2… 1… liftoff! 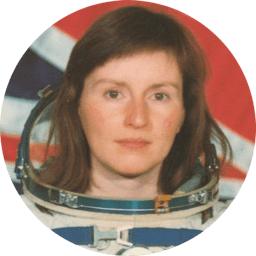 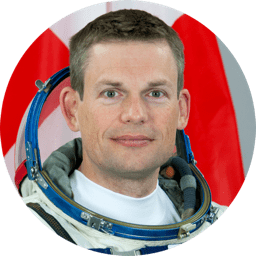 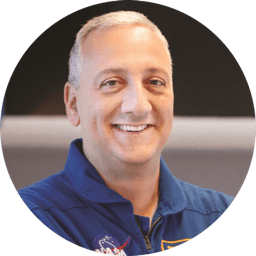