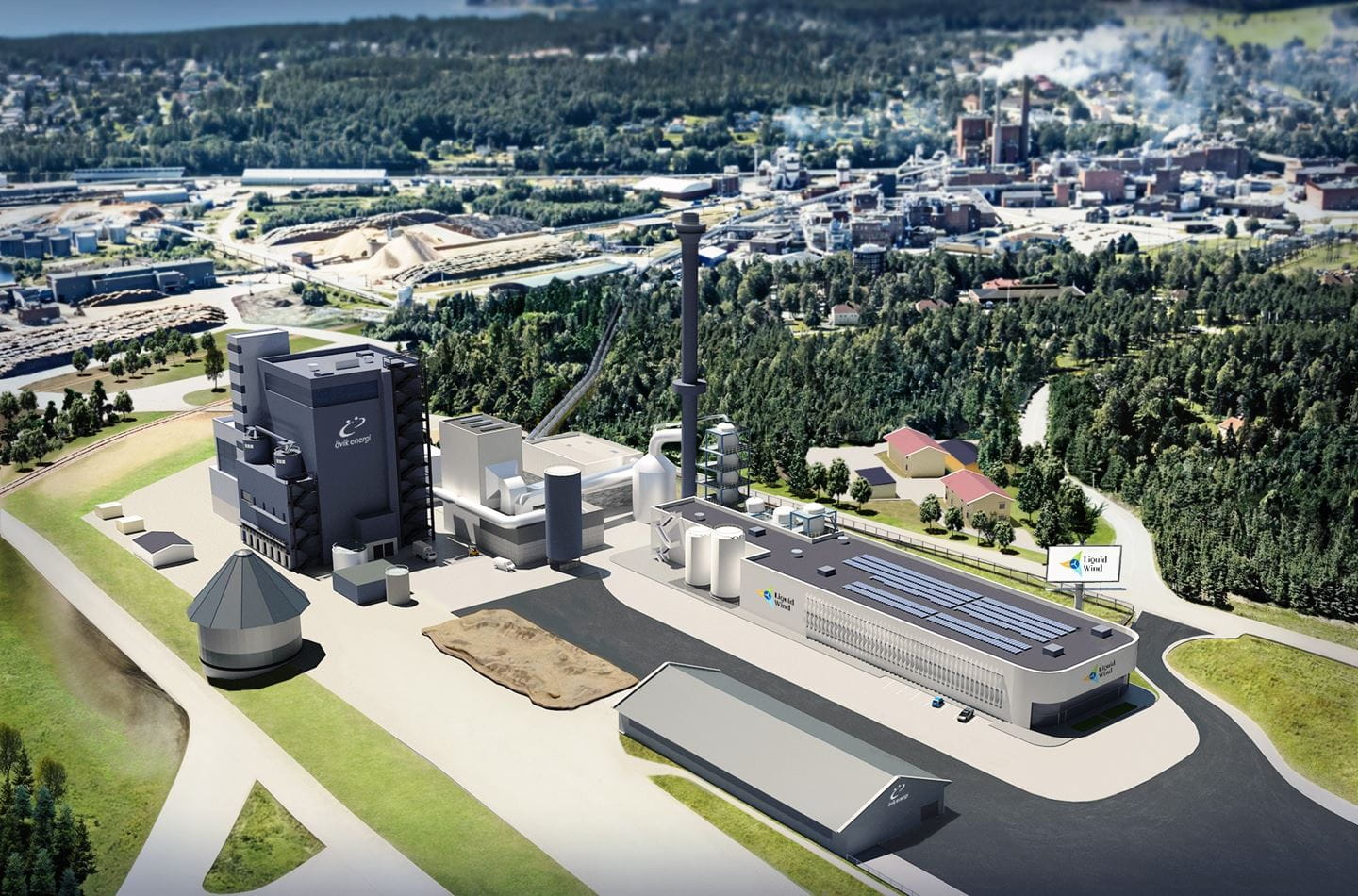 Ørsted’s entry into the FlagshipONE project is a testament to the company’s strategic ambition of building a global leadership position within green fuels and renewable hydrogen. FlagshipONE adds to Ørsted’s growing hydrogen and Power-to-X project pipeline, which includes several projects aimed at decarbonising maritime transport.

FlagshipONE will have an electrolyser capacity of around 70 MW and is expected to produce 50,000 tonnes of e-methanol per year based on renewable hydrogen and biogenic CO2. The electrolysis producing the hydrogen will be powered by onshore wind, and the biogenic CO2 will be captured from the combined heat and power plant Hörneborgsverket in Örnsköldsvik in Sweden, where FlagshipONE will also be located.
Ørsted and Liquid Wind AB expect to commission FlagshipONE in 2024, subject to final investment decision, which could happen as soon as 2022.

Martin Neubert, CCO and Deputy Group CEO of Ørsted, says:
“Ørsted has set the clear strategic ambition of building a global leadership position within renewable hydrogen and green fuels, and our investment in FlagshipONE is a clear proof of our commitment to this ambition. Like we did with offshore wind, we are at Ørsted ready to be a driving force in maturing the green fuels industry, where we can play a significant role in decarbonising hard-to-abate sectors like maritime transport.”

Claes Fredriksson, CEO and Founder of Liquid Wind, says:
”We are extremely pleased with the opportunity of engaging in a partnership with Ørsted, a global sustainability leader recognising e-methanol as a replacement for today's marine fossil fuels. The interest from Ørsted shows how far Liquid Wind has come and is further evidence for the importance of electro-fuel. Our green fuel will become a dominant fuel for true decarbonisation in the hard to abate shipping sectors, reducing CO2 emissions with more than 90 %. FlagshipONE is the first facility, and it’s Liquid Wind’s ambition to significantly scale up the number of facilities across the world by 2050.”

Anders Nordstrøm, Head of Ørsted’s hydrogen and Power-to-X activities, says:
“By partnering with Liquid Wind on FlagshipONE, we’re entering one of the most promising and exciting projects to supply e-methanol at scale and drive the decarbonisation of maritime transport and other uses of e-methanol. With the right framework and societal support, FlagshipONE can become one of the world’s first large-scale e-methanol facilities and an important addition to Ørsted’s growing and diverse portfolio of hydrogen and Power-to-X projects.”

According to the International Energy Agency, emissions from international shipping have risen by 40 % from 2000 to 2019 and account for around 2 % of total global energy related greenhouse gas emissions today. The sector urgently needs new types of fuel to reduce its climate impact, and Ørsted is involved in several projects that aim at delivering sustainable fuels for maritime transport, including the Green Fuels for Denmark project in Copenhagen.

For further information, please reach out to:

About Ørsted
The Ørsted vision is a world that runs entirely on green energy. Ørsted develops, constructs, and operates offshore and onshore wind farms, solar farms, energy storage facilities, and bioenergy plants, and provides energy products to its customers. Ørsted ranks as the world’s most sustainable energy company in Corporate Knights' 2021 index of the Global 100 most sustainable corporations in the world and is recognised on the CDP Climate Change A List as a global leader on climate action. Headquartered in Denmark, Ørsted employs 6,672 people. Ørsted's shares are listed on Nasdaq Copenhagen (Orsted). In 2020, the group's revenue was DKK 52.6 billion (EUR 7.1 billion). Visit orsted.comor follow us on Facebook, LinkedIn, Instagram, and Twitter.

About Liquid Wind
Liquid Wind is a Power-to-Fuel Development Company committed to reducing carbon emissions. The company develops, finances, builds and manages replicable facilities for the production of e-methanol, to accelerate the transition to carbon neutral shipping and transportation. The facilities will produce renewable liquid fuel, so Liquid Wind can offer their customers the opportunity to quickly reach their sustainability goals. In 2021, Liquid Wind was named one of Top 5 Energy Start-ups globally by StartUs Insights. For more information, please visit liquidwind.se or follow Liquid Wind on LinkedIn and Twitter.