Ørsted has acquired a 22.5% share in Pict Offshore, the Scottish developer of an innovative technology set to transform the way technicians access offshore wind turbines. 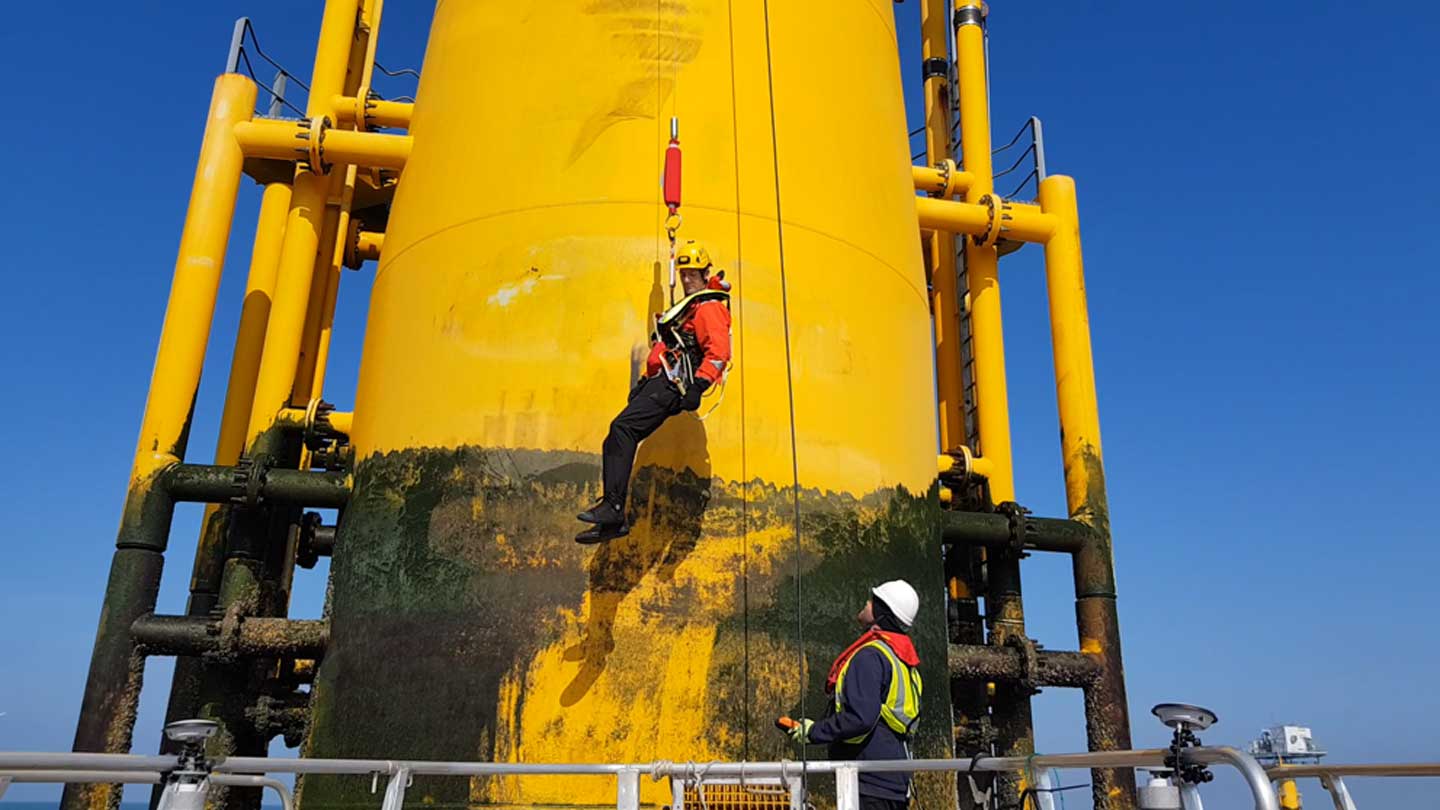 The Get Up Safe (GUS) system, developed in partnership between Ørsted and Pict Offshore, is a motion compensated hoist solution that enables technicians to safely transfer between small moving vessels and offshore wind turbines.

Using this technology means that technicians will no longer have to step from a moving boat onto a ladder and then climb (sometimes over 20 metres) to reach the base of the turbine. Instead they can clip onto the system and be safely and effortlessly hoisted up to the turbine base directly from the boat.

The system’s motion compensation capability means that the hoist automatically adjusts the line position to take account of the boats movements so that even in periods of high and varying wave heights, there is no danger of collision between the technician and the boat.

In addition, the technology removes the need for external access ladders on the turbines, reducing the amount of steel required in the structure and provides further potential for cost reduction.

The technology is patent-protected and in the final stages of development. More than 1,600 successful hoists have already been conducted at Ørsted sites as part of the testing process.

Mark Porter, Senior Vice President for Offshore Operations at Ørsted, said:
“The offshore wind sector already has a proven track record of innovation and rapid cost reduction, and we’re continually looking at new technologies to enhance both the construction and maintenance of our projects.  This game-changing new technology can provide a more efficient, safe and cost-effective way of transferring technicians onto offshore wind turbines.

“We’re excited to be working alongside an innovative small business in Pict Offshore to revolutionise the way our technicians get to work. As the global offshore wind industry continues to grow, the opportunities for this technology are huge.”

Philip Taylor, Managing Director at Pict Offshore, said:
“We have hugely benefited from the experience and knowledge of Ørsted, the world’s largest offshore wind developer. Partnering with them has accelerated our ability to bring this new technology to market.

“The Get Up Safe motion compensated lifting system is an ambitious step forward for the whole offshore wind industry. It completely revolutionises the way technicians get to work, and we’re delighted to have reached the final stages of testing. We’ve also hugely enjoyed working alongside Ørsted and seeing first-hand the company’s passion for innovation.”

Pict Offshore is a spin off from height safety innovator Limpet Technology and is headquartered in Fife in Scotland.

The development of the product commenced in 2016 and was helped by a Scottish government innovation grant.

From 2017, prototypes of the system were tested at the ORE (Offshore Renewable Energy) Catapult’s 7MW Levenmouth Demonstration Turbine in Scotland and featured in their “Backing the Game Changers” campaign.

Although the system was initially developed to assist technicians transfer between boats and access ladders in increased wave heights, Ørsted has worked with Pict Offshore to further develop the product, ultimately removing the need for boat landing ladders altogether and allowing the vessel to push directly onto the turbine.

Background: How wind turbine technicians get to work

From a Crew Transfer Vessel (CTV) with boat landing and ladder
Currently, a CTV will “push on” to the yellow transition piece of the turbine, before the technician steps from the bow of the vessel onto a ladder and climbs up the transition piece onto the turbine platform.

From a helicopter
As offshore wind farms are built further out to sea, helicopters are increasingly being used to transfer personnel to and from turbines. The benefits of using helicopters are that accessibility is not limited by wave height, however helicopters cannot be used for around 25% of troubleshooting tasks and are much more expensive than using CTVs for the movement of personnel.

From a motion compensated gangway
Using state of the art technology, motion compensated gangways allow technicians to walk directly onto the base of a turbine, or offshore structure, from a vessel via a gangway that uses a laser system to compensate for any motion from the sea, enabling a steady course. Whilst these systems also avoid the need for boat landing and ladder, they can only be used on large Service Operation Vessels (SOVs), and therefore are not applicable on all sites.

How the new technology works:

The Get Up Safe (GUS) system is a technically unique solution that allows for access to a turbine with no boat landing or ladder from any-sized CTV. With the motion compensated hoist, technicians will be lifted up directly from the boat, removing the need for ladders and boat landings altogether.