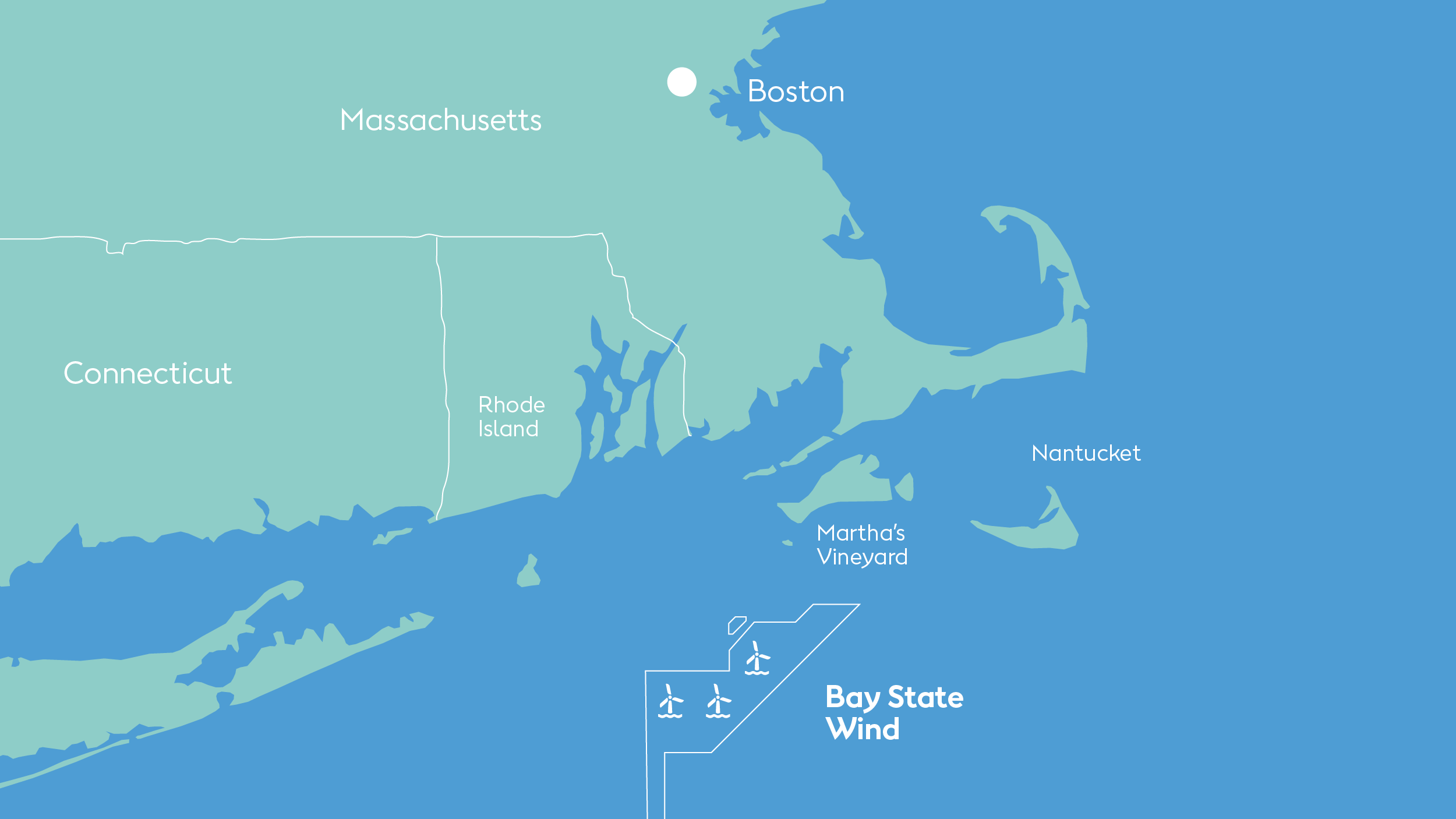 BOSTON, MA – Bay State Wind, the partnership between Ørsted (formerly DONG Energy) and Eversource, today submitted their bid in response to the commonwealth’s first RFP for offshore wind energy generation. Ørsted, a world leader in wind energy, has pioneered and refined the approach to developing and constructing offshore wind farms since it launched the world’s first offshore wind farm in 1991. Eversource, New England’s largest energy provider, has led the region in the development of its electrical transmission network and will develop and construct the project’s onshore transmission system. Together, the two companies bring their technical acumen, strong environmental record and unbeatable financial capacity to bear, creating an industry-leading offshore wind project for Massachusetts.


As included in its proposal, the Bay State Wind project will:

The project, which will be located 25 miles off of New Bedford, will be a significant distance away from the coast and residential communities. It will also include a 55MW battery storage solution, the largest battery storage system ever deployed in conjunction with a wind farm, helping to ensure power is available during peak hours when it is needed most.

“The partnership between Ørsted and Eversource brings together local experience, international expertise and unbeatable financial strength. This project is poised to be the most technologically advanced offshore wind farm providing energy at the lowest cost to consumers, all while bringing significant environmental and community benefits.”

“We are confident that this bid represents the commonwealth’s strongest opportunity to meet its clean energy goals and lead the country in offshore wind development,” said Eversource Vice President of Business Development Mike Auseré.

“By capturing New England’s powerful and consistent offshore wind resource through the most advanced generation and transmission technology, we can provide clean electricity directly to the region. Additionally, Massachusetts will see major new investment, job creation and an increase in tax revenues to support public services.”

New Bedford will serve as the staging area for construction, as well as the operations and maintenance base throughout the lifetime of the wind farm. Bay State Wind opened a New Bedford office in November, where community collaboration and engagement activities will be overseen. An onshore substation is planned in Somerset, where the project will deliver its energy to the commonwealth and where the battery storage solution will be developed.

Bay State Wind launched its partnership to jointly develop, construct and operate the utility-scale offshore wind project in December 2016. Over the last year, Bay State Wind has added talented staff and expertise from both Ørsted and Eversource in order to develop the strongest possible bid for the proposed state-of-the-art offshore wind project.