Green for the future

DONG Energy is now guaranteeing its Danish residential customers that enough green power is generated to cover their consumption. 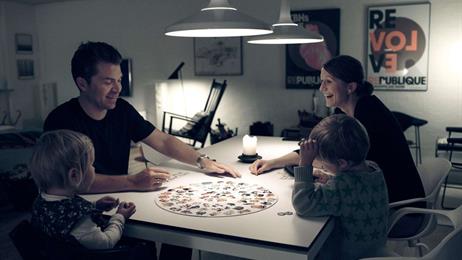 At the beginning of February, DONG Energy announced its plans for a coal-free future. Electricity customers can therefore be sure that from 2023, there will no longer be any 'coal power' from DONG Energy in the sockets. Even now though, DONG Energy is guaranteeing its customers that enough green power is generated to cover their consumption at no additional cost. The company is doing this within the framework of the European Guarantees of Origin scheme. About the initiative, Morten Buchgreitz, Executive Vice President, says:

"We invest in and lead the green transformation with offshore wind turbines and converted power plants. We have reduced our own and Denmark’s CO2 emission massively.”

“We think that it's good for our customers to be able to switch on the power with a 'green' conscience. Since 2006, we have been responsible for 53% of Denmark's total CO2 reductions, which is helping to create a greener Denmark for everyone," says Morten Buchgreitz.

DONG Energy is sending letters to all its Danish residential customers telling about the green transition. The letter also guarantees that enough green power is generated to cover the customer’s total power consumption.

As part of the guarantee, DONG Energy buys so-called ‘green certificates’ for all its residential customers in Denmark. A green certificate is a guarantee of origin that proves that a given share of power is generated from renewable sources such as wind, solar or biomass.

By drawing attention to the possibilities that exist for covering your electricity consumption with green power, DONG Energy is hoping to raise awareness of the fact that you can take an active choice and ask for more renewable energy.

The Danish Ecological Council: a good and climate-friendly product

The Danish Ecological Council, also the administrator of the Danish website ‘Grøntelvalg.dk’, supports electricity products based on power from Danish wind turbines:

"The Danish Ecological Council finds electricity products based on power from Danish wind turbines to present several advantages. Consumers are guaranteed that their own electricity consumption is covered by Danish wind power. In addition, consumers are supporting the build-out of renewable energy in Denmark, and help to ensure that both new and old wind turbines produce for longer periods of time on the market for the benefit of Denmark's transition to green energy. Therefore, it's a good and climate-friendly product."

The green power that DONG Energy and other producers supply is mixed in the power grid with power from other energy sources. Therefore, none of the power that customers use will come exclusively from wind turbines and other climate-friendly plants. If energy companies nevertheless can say that they meet their customers' consumption with green power, it is due to the European Guarantees of Origin scheme for the production of renewable energy.

The producers are granted a number of Guarantees of Origin which document that they have produced a certain amount of power using, for example, offshore wind turbines. Producers can then sell these guarantees in the market to customers who want to send a clear signal that so much green energy has been earmarked to cover their consumption. DONG Energy has decided not to sell its Guarantees of Origin in the market, but to give them to its electricity customers for free. The Guarantees of Origin scheme has been introduced to promote the build-out of renewable energy, as the profit from the guarantees can be used for investments in new green energy production.