A survey by MEGAFON reveals Danes' attitudes to the green transformation*, and their aspirations are high. 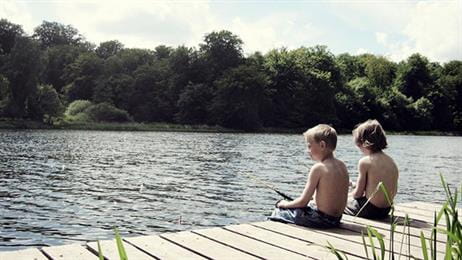 The survey was conducted using members of the MEGAFON panel as a purely Internet-based survey between 6-10 January 2016. The survey target group was people aged 18 and over. 1036 interviews were completed.
The key findings about what Danes want in relation to the climate are:
The survey was commissioned by DONG Energy to increase knowledge on attitudes towards the green transformation. The figures show that Danes have particularly high green aspirations on the nation's behalf.
Morten Hultberg Buchgreitz, Executive Vice President of DONG Energy, said: "DONG Energy has been working for several years to move Danish energy from black to green, and we're pleased to see that our customers and Danes in general support this strategy. It gives great value to our work with offshore wind energy, conversion of power stations to biomass, energy consultancy and similar activities that we know that Danes are ambitious and want to see a greener Denmark quickly."
Danes are concerned and already taking action
Danes are already taking the lead and acting on their concerns at home. The survey found that over 80% take an interest in their electricity consumption, and three out of four remember to save power 'always', or 'mostly'.
Buchgreitz added: "I'm in no doubt that customers save electricity largely in order to save money. But the survey shows Danes also take an interest in energy savings because they take the climate challenge seriously."
Concern over global warming
The survey also sheds light on Danes' views on global warming, and clearly shows this is one of the reasons for the widespread climate awareness in Denmark:

Other surveys show the same trend. An analysis from the KRAKA think-tank last year showed that environmental conservation was in third place among the topics that interest Danes, just below immigration and unemployment. The climate and the environment have been far advanced on the agenda, among both politicians and the media, but DONG Energy's survey shows there is still room for more debate on the subject: