First full scale REnescience plant in the UK is getting closer

DONG Energy is now ready with a project proposal for the first full-scale REnescience plant. According to plan, the plant is to be placed in the Manchester area and is to handle 15 tonnes of household waste per hour. 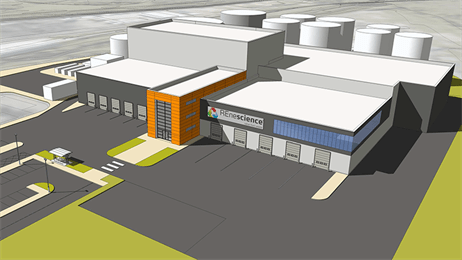 By processing household waste with enzymes, the REnescience technology can convert the organic waste to a biofluid which can be transformed into biogas and electricity. Other parts of the waste, such as plastics and metal, are cleaned and sorted for the purpose of recycling.

DONG Energy has taken an important step closer in the commercialisation of the biotechnology REnescience; a technology which, by means of enzymes, converts biowaste into biogas and electricity and recycles the residual household waste. A project proposal for a REnescience plant located in the Manchester area in the UK is now ready. The system must be able to handle 15 tonnes of waste per hour.
Flemming Kanstrup, Senior Manager in DONG Energy and responsible for developing the project, said: "Today, we disclose the project to the public with a workshop in the local area outside Manchester where a large number of political and industrial stakeholders will participate. We'll hold public exhibitions during the subsequent consultation process and ensure that everybody is given the opportunity to learn about the project and be heard in the process with the authorities."
Design, build, finance and operate
If DONG Energy makes the final investment decision and the approvals from the authorities are granted, the plant will be the first full-scale production plant using the REnescience technology. It is expected that DONG Energy will design, build, finance and operate the plant. The first plant will be located in the UK because, among other things, they do not use the energy in the waste today, but simply drive large quantities of waste to landfills.
Kanstrup continued: "We've come far in the planning process, but we're still faced with a number of tasks before the plant becomes a reality."
If DONG Energy's Board of Directors makes the final investment decision and the authorities grant the approvals, the plant is expected to be commissioned during the first quarter of 2017.