Green energy is important for the Danish economy

Denmark is the EU-15 country which has seen the largest growth in the export of green energy technology in 2014. We must maintain a clear direction and ensure efficient cooperation between authorities and the industry if we are to maintain this success. Debate piece on the Danish news site Altinget.dk. 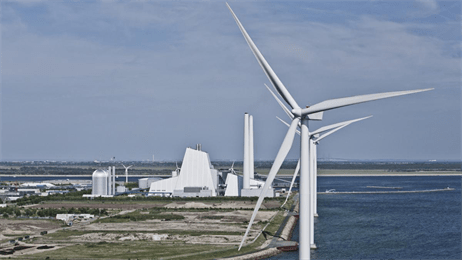 The EU is the primary customer market for Danish energy technology and the potential is huge. Towards 2035, the EU countries must replace and build the equivalent of approximately 80% of their current electricity capacity. We can utilise this export potential in Denmark if we go about it in the right way.

Danish energy companies have a variety of interesting export goods - no matter whether the buyer's interest is a desire for independence from Russian gas or the struggle against climate changes. We possess strong competences within oil and gas, wind energy, district heating, energy efficiency, biomass and intelligent energy management.

In DONG Energy, we are proud to be a world leader within two significant renewable energy technologies - offshore wind power and power stations using sustainable biomass. Both technologies have the potential to be pillars in a greener energy system - and both technologies have a huge export potential. In May, we reached an installed capacity of offshore wind power of 3,000MW within the past 15 years. This corresponds to the power consumption of seven million Europeans. Approximately two-thirds of the capacity have been installed abroad.

In Denmark, we are in a good position to continue the export of the solutions we develop for a world that requires efficient energy technologies now more than ever. But the Danish success in the energy sector did not come by itself and cannot be taken for granted.

If Denmark is to maintain a strong energy system and an extensive export sector, we must do the same as we did in the years after the oil crises. We must maintain a clear direction and ensure efficient cooperation between authorities, the industry, knowledge institutions and customers. Naturally, it will be necessary to adjust the course along the way, but a clear course provides the best prerequisites for ensuring that thousands of Danes can go to work in an energy sector, also in 10-20 years' time, which is still one of Denmark's largest export sectors.