38 metres long and 300 tonnes heavy tanks sloping through the streets of Fredericia. 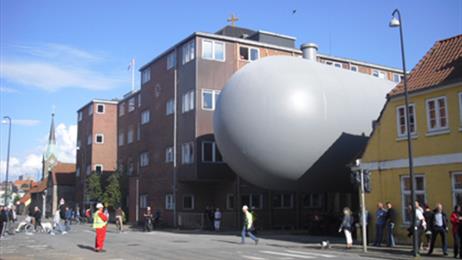 The eight large tanks are manufactured by the Belgian company G&G International. The tanks are all 38.5 metres long, have a diameter of 8.5 metres and a volume of 1,850 m3 and weigh as much as 290 tonnes a piece. In total, the eight tanks will provide storage capacity for 12,000 m3 liquefied gas.

The tanks will be used to store butane and propane gas prior to shipping, as well as to temporarily store 'off-gas' - ie gas not compliant with the propane and butane specifications. We are expanding the crude oil terminal in Fredericia, so it will be ready when the Hejre field becomes operational in the Danish part of the North Sea.

Every inch of the route has been measured. Traffic lights, signs and street lights have been dismounted and driving plates have been placed on the road. And a couple of trees had to be cut down and replaced by new ones when the transport of the gas tanks to the crude oil terminal in Fredericia is completed. Because we are talking about gas tanks even though the gigantic containers actually do resemble submarines.

From Saturday to Tuesday evening, eight tanks will be transported through the town. 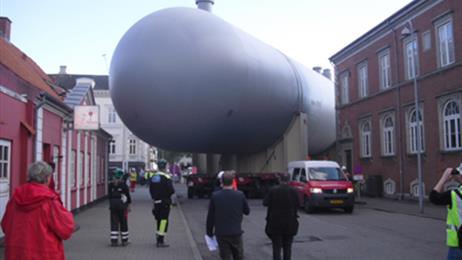 Important milestone in an important project

The transport and the installation of the tanks mark an important milestone in the expansion of the crude oil terminal which will receive large volumes of gas and oil from the Hejre field in a few years.

Jesper Hansen, Construction Manager, who has followed the transport and installation of the tanks closely, said:

"Yes, it's an important step. The tanks will provide storage capacity for 12,000 cubic metres liquefied gas, so in part they're important to the project and in part they're very specific evidence of what this is all about." 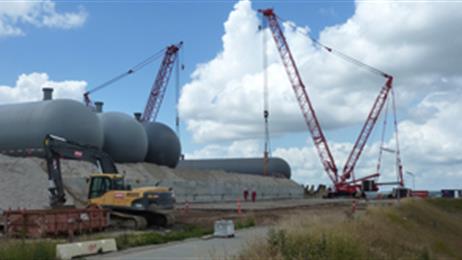