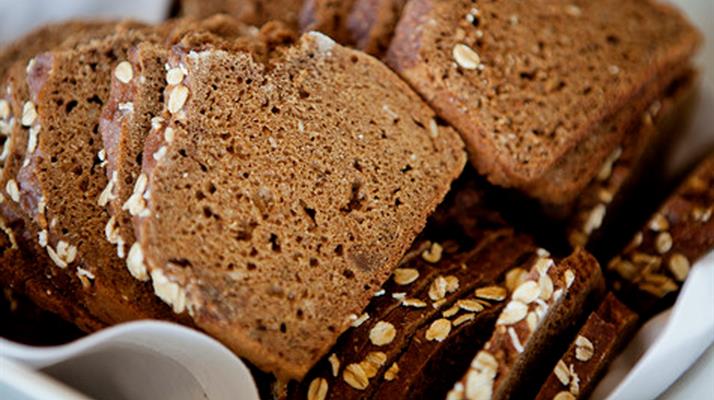 Waste from corn, flour and bread:

Waste from fruit and vegetables:

Source: The Faculty of Agricultural Science at Aarhus University, the Department of Food and Resource Economics at Copenhagen University, The Danish Ministry of Food, Agriculture and Fisheries.

The process of food waste from bio tank to bio gas:

Danish people throw way to much food in the waste bin and waster container. DONG Energy wishes to contribute to reducing food waste and is working on many initiatives to optimise production of food in the company's canteens and avoid food waste.

To Grethe Mittun, head of DONG Energy's so-called in-house canteens* in Denmark, it is important to ensure optimum use of raw materials. She said:

"Our many initiatives against food waste mean that we avoid throwing out approximately one tonne of bread residues each year in the Gentofte canteen alone because we slice the bread. Furthermore, we serve plated meals, and this enables us to purchase smaller quantities and better raw materials and ensure a more extensive, tasty selection of food."

DONG Energy has not only implemented several initiatives against food waste in the production of food. The company has also invested in a bio tank to grind the food waste so that it can be reused as energy.

At DONG Energy's location in Gentofte, they are currently testing a so-called bio tank which grinds the food waste and adds 7% of water. The ground food waste is picked up once a month and transported to the Hashøj biogas plant where it is converted to electricity, heat and manure. The experiences from Gentofte will show whether other locations should begin recycling food waste also.

Asger Linee, Environmental Coordinator, is the man behind the idea of using a bio tank:

"In DONG Energy, we have a waste management policy which is a policy governing how we should treat our waste. This means that we have to achieve some predetermined recycling percentages. The bio tank helps us achieve a somewhat higher recycling percentage than the expected target."

However, it was not only higher recycling percentages which was the reason for buying the bio tank. Asger Linee could see that it would also improve the working environment for the kitchen personnel because it entailed lighter lifts at a lower height as the bio tank can only grind 20 litres of food waste at a time. Previously, the kitchen personnel lifted large, heavy trash bags at an inconvenient height.

* In-house canteens mean that the canteens are operated by DONG Energy's own canteen management.