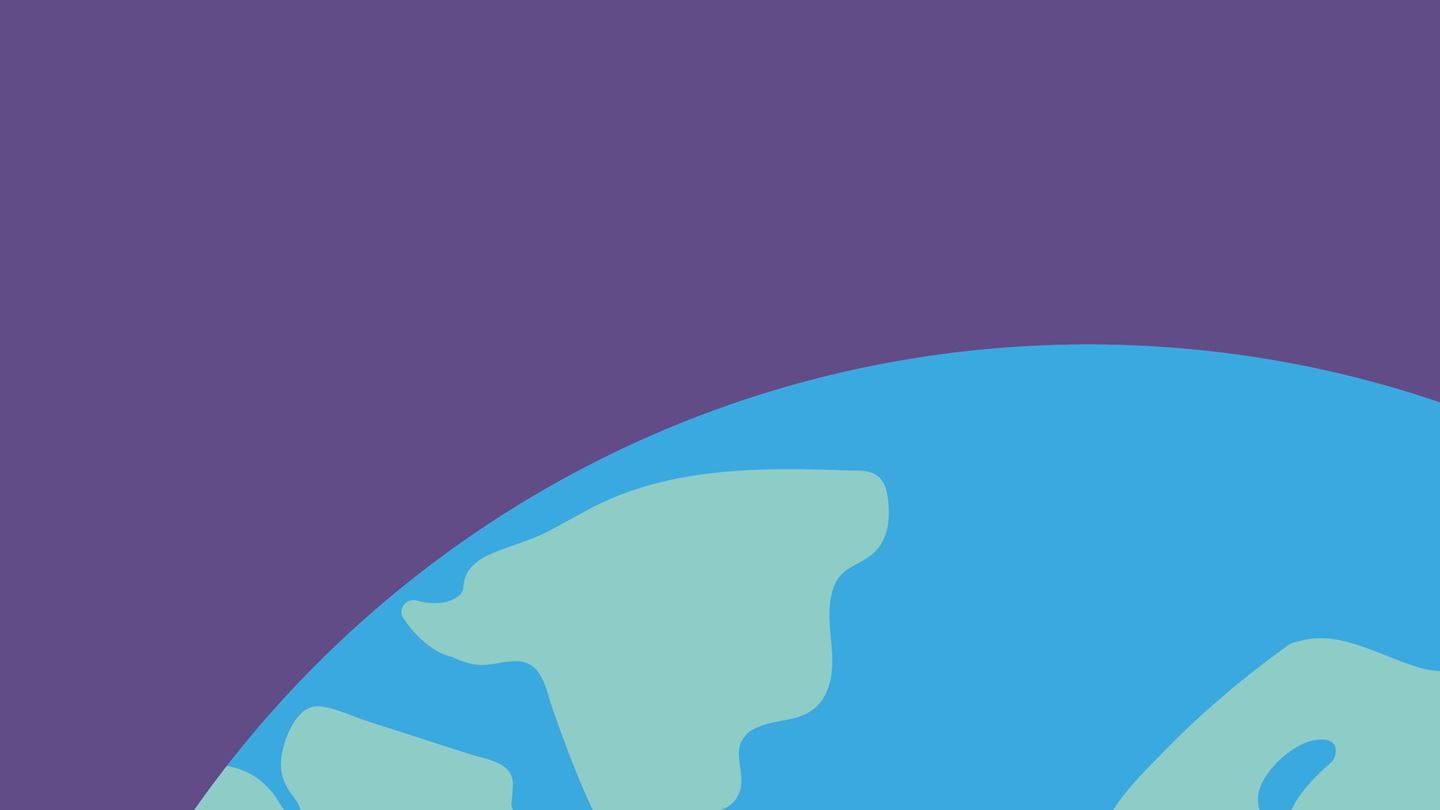 The defining challenge of our time

Our shared home, planet Earth, is under growing pressure from climate change caused by increasing concentrations of greenhouse gases in the atmosphere. Global temperatures have already risen 1.1°C since the pre-industrial periodCitation World Meteorological Organization (2019) The Global Climate in 2015-2019., and 18 of the 19 warmest years on record have occurred since 2000, with average temperatures over the past 4 years being the highest ever recordedCitation National Oceanic and Atmospheric Administration (2019) 2018 Annual Global Climate Report.. Our climate and the conditions for life on Earth are changing, and it is scientifically proven that man-made global warming is responsible for many of these changesCitation IPCC (2018) Special Report: Global Warming of 1.5°C..

We are already experiencing the consequences of climate change: more wildfires, droughts, floods, extreme heat, accelerated sea level rise, crop failures, irreversible loss of biodiversity and signs of increased migration. According to the IPCC, the frequency and intensity of these events are only going to increase as temperatures riseCitation IPCC (2018) Special Report: Global Warming of 1.5°C..

To avoid catastrophic consequences for nature, humans, the economy, and our societies, we all have to drastically accelerate action to mitigate climate change. Without further action, temperature increases are on track to reach 1.5°C between 2030 and 2052, and exceed 3°C by 2100 – if not soonerCitation Climate Action Tracker (2019) Warming Projections Global Update.. 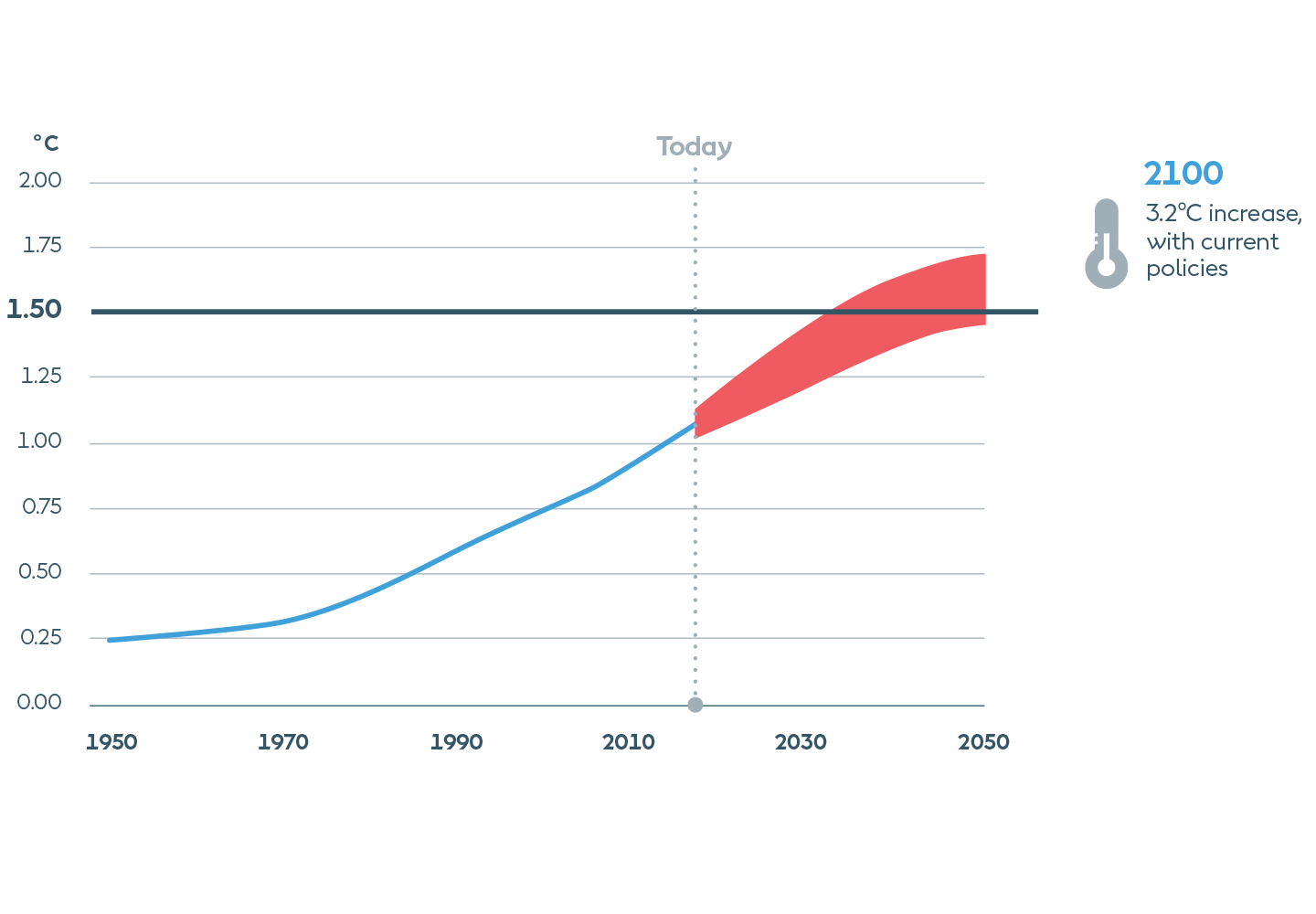 The IPCC has stated that the pressure on our global ecosystems increases as temperatures rise. Higher temperatures will result in higher risks of severe and widespread occurrences of biodiversity loss, rising sea levels, flooding, extreme heat, droughts, and other natural phenomena that will lead to more damage, economic loss, and will have an adverse effect on human lives. Higher temperatures will also result in declining marine fisheries, further declining coral reefs, species loss, and reduced crop yields, among other consequencesCitation IPCC (2018) Special Report: Global Warming of 1.5°C..

The rationale for keeping global temperature rise below 1.5°C is clear. According to the IPCC, the consequences of a 2°C or higher temperature rise are significantly less certain as the increasing temperature may trigger several tipping points such as thawing of permafrost that releases large amounts of methane gas, melting of ice caps, contraction of the snow cover that reflects heat from the sun, disruption of ocean circulation and reduction of the ocean’s ability to absorb carbonCitation IPCC (2018) Special Report: Global Warming of 1.5°C.. These irreversible natural processes would likely result in significantly warmer temperatures and have catastrophic consequences for life on Earth. However, if greenhouse gas emissions are reduced rapidly, it is still possible to limit global warming to 1.5°CCitation IPCC (2018) Special Report: Global Warming of 1.5°C..

At the Paris climate conference, COP 21, in 2015, the world’s leaders made a historic agreement to keep global temperature increases well below 2°C and preferably below 1.5°C. In 2018, the IPCC emphasised the importance of adhering to the 1.5°C limit to avoid substantially exacerbating the damaging effects of climate change. 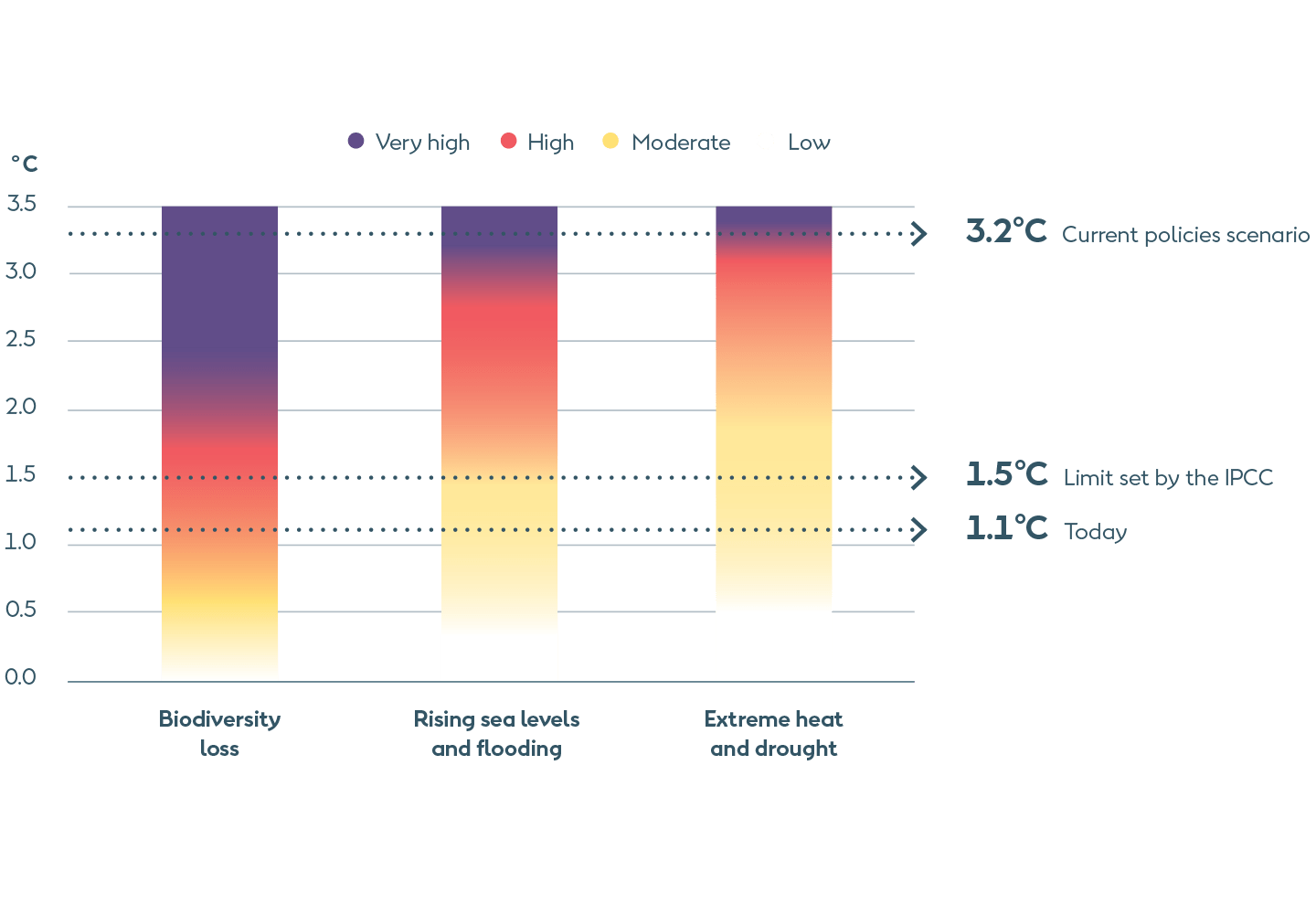