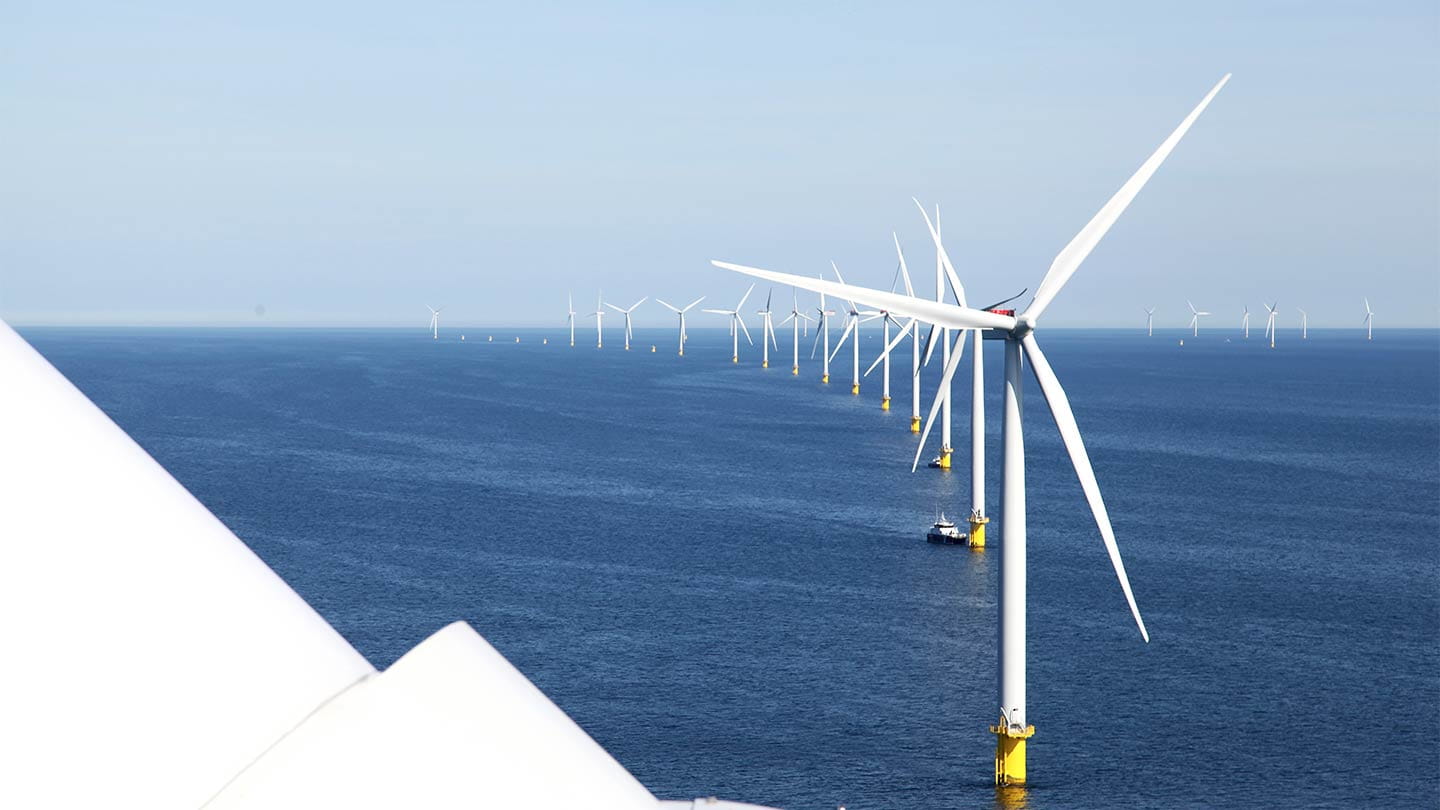 In 2017, renewable energy reached a breakthrough in Europe, when it became cheaper to install offshore wind power than to build new fossil-fuel based power plants.

This is a remarkable achievement on its own. It confirms that it’s economically viable to build a European economy that runs on green energy. And this is vital if Europe is to meet its commitment in the Paris Agreement to limit global temperature increases to 2 degrees above pre-industrial levels by 2100, while striving towards 1.5 degrees.

It also means that the focus of debate in this important arena is now shifting from “how much green energy can we afford?” to “what type of green transformation do we want to see and what framework can enable it?”

Together with onshore wind and solar power, offshore wind power can become the backbone of Europe’s green transformation. In the North Seas – in which we include The North Sea, The Baltic Sea and the Atlantic Ocean around France, Ireland and the UK – Europe sits on some of the best offshore wind resources in the world. It’s an immense and untapped potential that can supply energy equal to the maximum production of Europe’s existing coal and lignite-fired power plants two times over, and lay the foundation for transforming energy demand through electrification of transport, heating and industry.

To realise this potential, governments should aim to construct a framework where green energy investments are driven by the market, allowing competition between private investors and developers competing in both planning and realising new renewable plants, including offshore wind farms.

Four principles could help guide our thinking about how such a framework should look for offshore wind power: strong carbon pricing, collaboration between countries, competition for the full scope of projects, i.e. by including transmission assets, and finally confidence in Europe’s ability to set ambitious goals and reach them. We call them the four C’s.

Cost of offshore wind energy compared with other sources EUR per MWh (2016 prices), year of FID 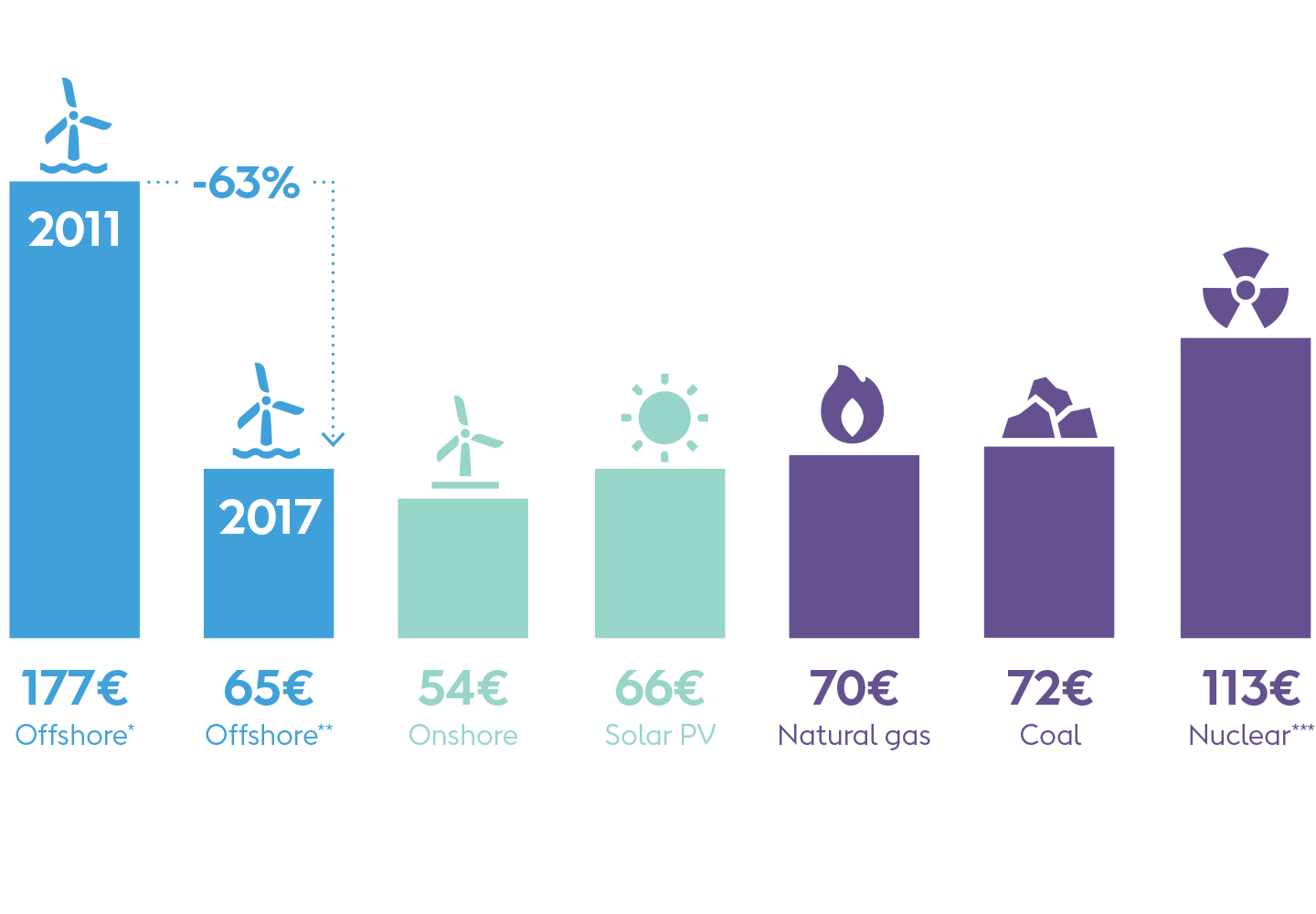