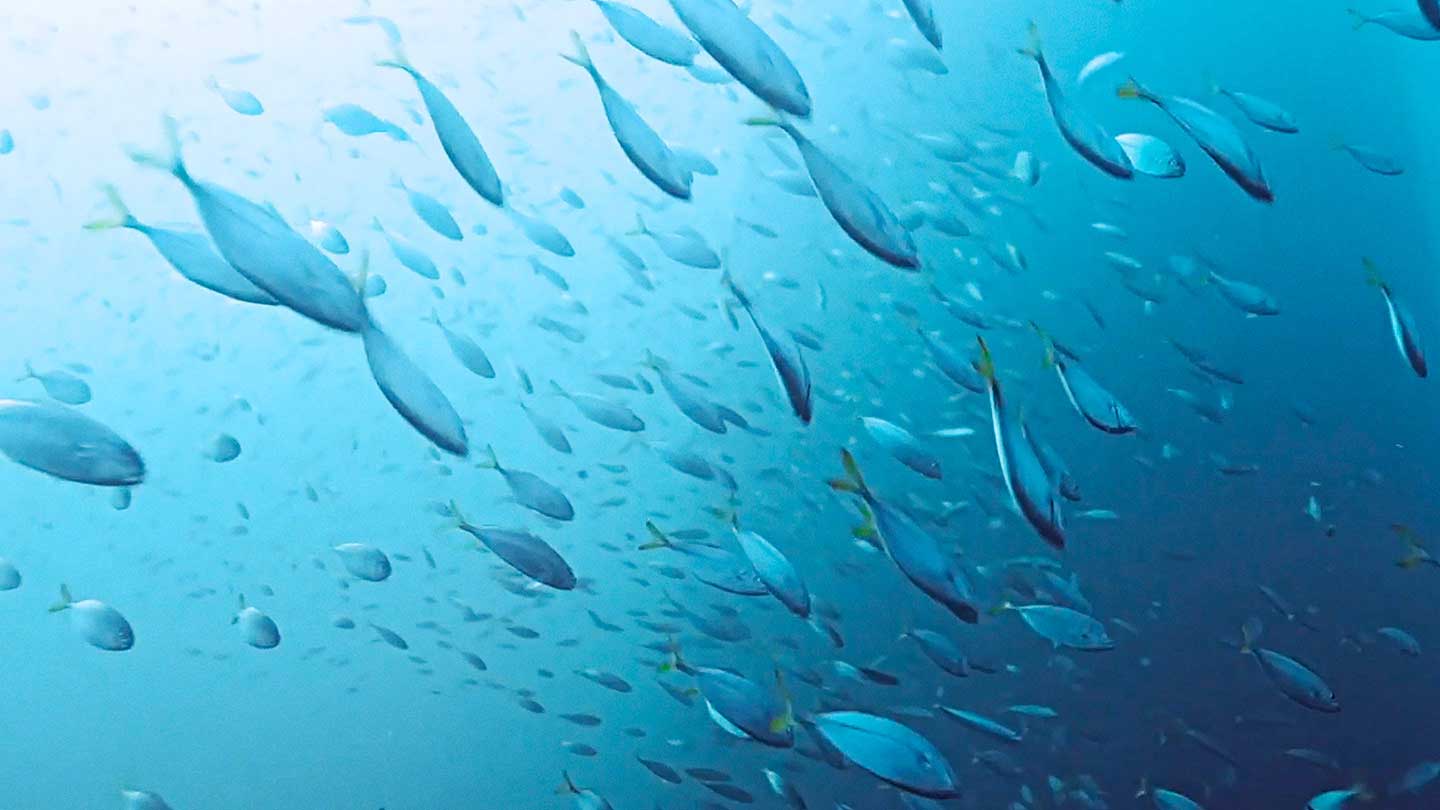 Working together for ocean biodiversity

We’re bringing together action on climate and ocean biodiversity


In partnership with WWF, we’re finding ways to support a rapid transition to renewable energy, while addressing the global biodiversity crisis.


The diversity of life on planet Earth is our natural life-support system. But it’s being lost at an alarming rate, with mammal, bird, fish, reptile, and amphibian populations decreasing by 68 % on average since 1970. Climate change is accelerating this trend – and one of the most effective things we can do to address climate change is to speed up the global shift from fossil fuels to renewable energy.

The good news is that this is starting to happen. Governments around the world have ambitious plans to grow their green energy capacity, both to fight climate change and increase their energy independence. In this decade, the global installed offshore wind capacity is expected to increase by a factor of seven.

But this expansion needs to be done in a way that supports and enhances biodiversity in the delicate environments where it takes place – especially ocean biodiversity.

Together with WWF, we believe this is possible.

Why are we partnering?


Ørsted and WWF are two organisations with clear and complementary biodiversity agendas: at Ørsted, our ambition is to create a net-positive biodiversity impact for all new renewable energy projects we commission from 2030, while WWF has issued a clear call to halt and reverse biodiversity loss by the same year.

Climate change and biodiversity loss are closely interrelated crises, and by uniting our expertise in offshore wind and nature protection, we believe we can find concrete solutions to address them both, together.

In partnership, we want to show governments and industry what can be done, setting a new standard for biodiversity protection and restoration in offshore wind development and encouraging others to join us in making offshore wind something that has a net-positive impact on ocean biodiversity.

The first steps we’re taking together

We’ll develop and test ways for the offshore wind build-out to support and enhance ocean biodiversity, starting with a habitat restoration project in the North Sea. You can read more about the project below.

We’ll work with governments on how to find space for both offshore wind expansion and nature protection, for example through tender requirements that favour positive biodiversity impact.

We’ll bring together those who use the ocean, and those who seek to protect its health, to focus on what we can achieve when we work together towards a shared vision of a sustainable future.

We need to shift our thinking to accelerate new solutions for how renewable energy and nature can coexist at sea.

Marine restoration in the North Sea


One important challenge is to better understand the kinds of measures that can really benefit marine biodiversity in the offshore environment and help deliver a positive biodiversity impact when building offshore wind.

Our partnership is starting with a joint project in Denmark in collaboration with DTU Aqua, to find methods for restoring flat oyster and horse mussel populations.

These two species were once abundant in the North Sea. They’re considered ‘ecosystem builders’ because of their ability to form biogenic reefs (reefs made up of living creatures, not just rock). These reefs provide food, shelter, and breeding grounds for other species, and surfaces for algae and soft corals to grow on. They also filter many litres of water every day, improving water quality and clarity.

Today, both species’ populations are significantly diminished in this area, due to decades of physical disturbance from human activities. The OSPAR Commission categorises horse mussel reefs as a red-listed ‘threatened habitat’ and European flat oysters as a ‘threatened species’ in the Greater North Sea region.

The project aims to establish methods and protocols for developing and producing the two species, and for establishing flat oyster and horse mussel reefs in the wild. Furthermore, the partners aim to establish one or more viable biogenic reefs in the Danish North Sea or Kattegat, bringing immediate local benefits. At the end of the project, we’ll share the methods and results publicly.

What does it mean to have a net-positive impact on biodiversity?

Having a net-positive impact on biodiversity means making a measurable contribution that improves biodiversity overall and leaves nature in better shape than before. This means not just minimising and mitigating unavoidable impacts, but going even further to enhance biodiversity and restore ecosystems that are already under threat from climate change and biodiversity loss.

If done the right way, offshore wind projects can enhance ocean biodiversity, leaving nature in a better shape than before.


WWF is an independent conservation organisation, with over 30 million followers and a global network active in nearly 100 countries. WWF’s mission is to stop the degradation of the planet's natural environment and to build a future in which people live in harmony with nature, by conserving the world's biological diversity, ensuring that the use of renewable natural resources is sustainable, and promoting the reduction of pollution and wasteful consumption. Learn more about WWF at www.wwf.org.

As a global leader in green energy, it’s our responsibility to make a positive contribution to both climate and nature.

Learn about our biodiversity commitments