Three decades ago, Ørsted erected the world’s first offshore wind farm. At the time, it was a project many considered simply outrageous and a bit mad. Meet four of the men who worked on the offshore venture in the early years and who were unknowingly pioneers in a technology making a global breakthrough as an essential solution in the world’s transformation to clean energy.

No one believed in offshore wind 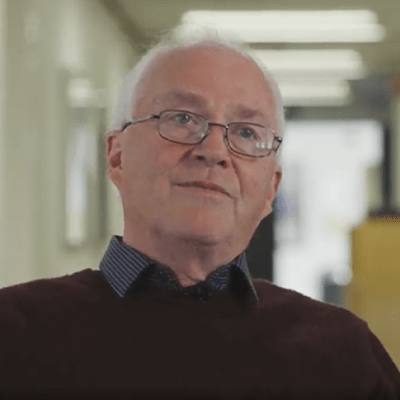 Absolutely no one believed those wind turbine foundations would ever work, to be honest.

Peter is now one of Ørsted’s most experienced employees. His first experience of offshore wind is as old as the technology itself because Peter helped build the world’s first offshore wind farm thirty years ago:

– I worked on Vindeby, the offshore wind turbine project, I wasn’t green behind the ears, mind you, just an ordinary site engineer working on the design, casting, and placement of the foundations. This was the first time I’d ever worked on wind power or turbine foundations. My previous tasks had involved harbour construction – for quite a number of years, too.

Back then, Peter worked for the construction company Monberg &Thorsen, tasked with providing the foundations for Vindeby Offshore Wind Farm. The foundations were cast in concrete and placed on the seabed off the coast of Lolland.

Today, offshore wind power is widely recognised all over the world as a crucial component of the imperative transition from polluting fossil fuels to renewable energy.

Thirty years ago, however, when Elkraft (later Ørsted) constructed Vindeby Offshore Wind Farm, offshore wind power was met with scepticism in the industry, Peter Buhl remembers. He readily admits that he didn’t see any future for offshore wind at first either:

– It was far too expensive and difficult for a variety of reasons, mainly because you can’t walk on water, making it hard to access the turbines and the foundations.

I fully agreed with everyone else: I didn’t believe it had much of a future.

Thirty years ago, Denmark’s energy supply was marked by having struggled to recover from the oil crises of the 1970s. Among other things, the country had decided to switch to coal to replace oil for generating electricity. 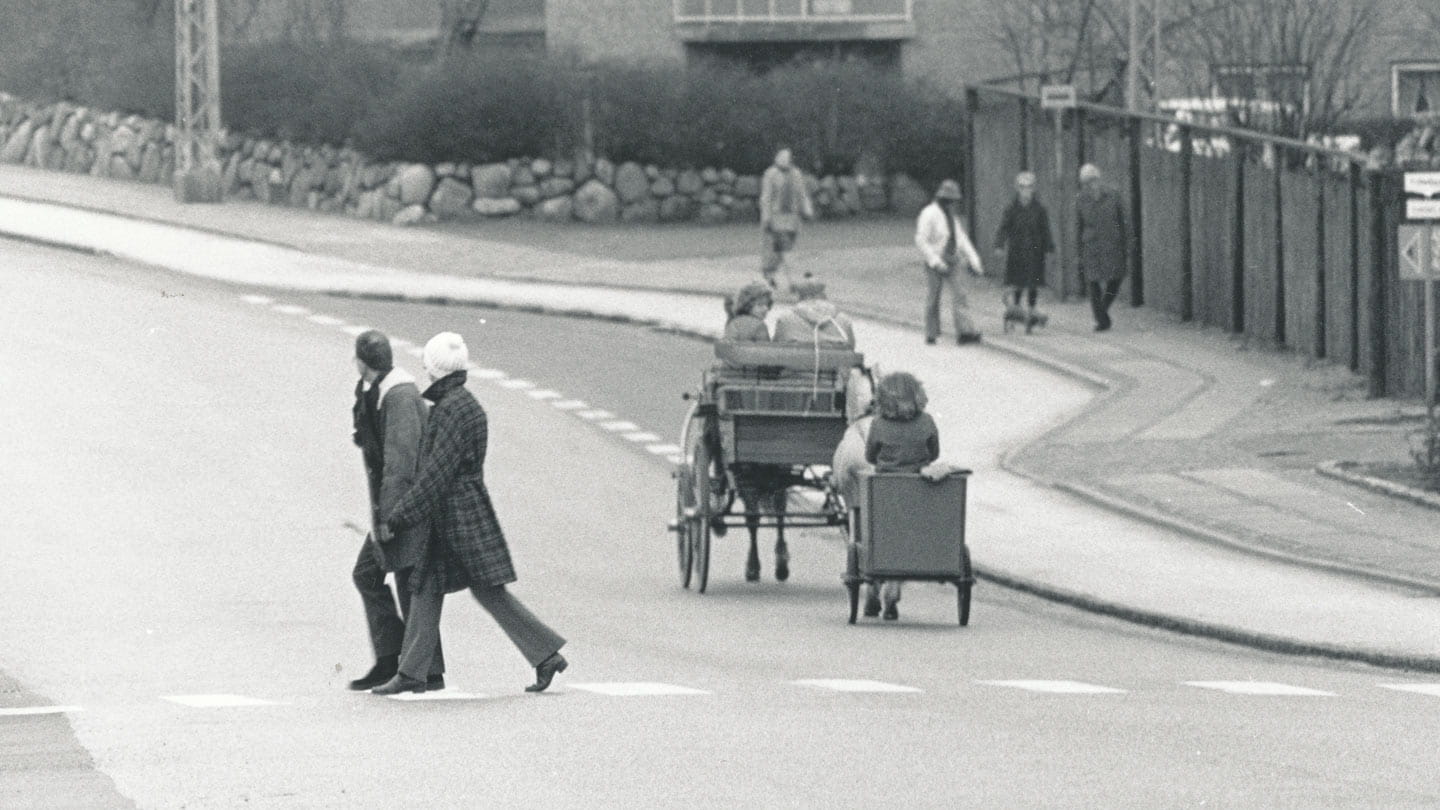 The power generation changes were part of a policy shift to a multi-pronged energy supply, designed to increase Denmark’s reliability of supply by reducing its dependency on oil. In so doing, coal helped overcome an important societal challenge, as it was seen by many as a reliable source of electricity going forward.

But politicians also wanted to invest in renewable types of energy, such as wind power. As early as 1979, the Danish Parliament adopted a law to subsidise wind turbines and, in 1985, power companies were ordered to construct wind turbines to counteract the greenhouse effect and reduce carbon emissions.

To help achieve this aim, Denmark constructed the world’s first offshore wind farm off the coast near Vindeby.

Listen to Peter describe how he worked on the foundations and watch how they were installed on seabeds here.

Vindeby had to demonstrate the viability of offshore wind power

Despite the uncertainty shrouding offshore wind power’s role in the energy system, the project participants were generally committed to finding out whether it was indeed possible to build and operate an offshore wind farm that would be financially viable as well.

Many onshore wind turbines already existed, and the growing interest in trying to build wind farms at sea was initially based on the significantly higher winds offshore. It was predicted that one turbine could generate up to 50 % more electricity offshore than onshore. So because of the ample space in Denmark’s territorial waters, the theoretical potential was enormous. 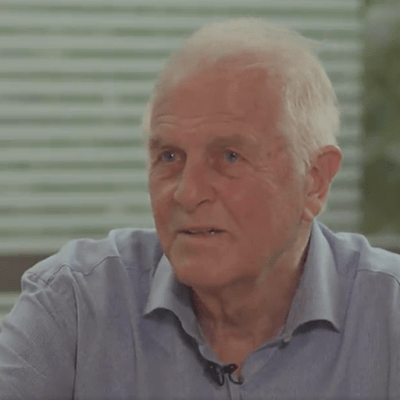 We knew that if the project failed – if turbines only worked half the time and it turned out to be a scandal, offshore wind power would suffer a setback. So we wanted to make it work. It had to be reliable.

Thirty years ago, Frank Olsen was head of department at Elkraft (now Ørsted) and he was tasked with constructing Vindeby Offshore Wind Farm. He remembers how the industry was keenly focused on the project, which intensified the pressure:

– Many of the turbines at the time had a number of operational weaknesses, and many had inferior gearboxes. If a turbine broke down on land, it could be fixed overnight, but it would take months before you could get out to Vindeby.

My biggest fear was having wind turbines out there breaking down one by one, and we couldn’t get out to them.

And then everyone could say: ‘Told you so! Wind turbines don’t work!’.

That’s why Frank and his colleagues working on Vindeby Offshore Wind Farm were eager to make it a high-quality project, technically speaking. Because this was a prerequisite for actually being able to test the technology and see if it was technically and financially feasible to build and operate offshore wind farms.

This goal was widely supported, too, among both the proponents and sceptics in the industry, says Frank:

The higher winds at sea spoke in favour of building offshore wind turbines, but there were obvious drawbacks that spoke against it. For instance, an offshore turbine is exposed to salt water and mists and has a higher risk of getting struck by lightning compared to onshore turbines. But Frank and his colleagues found solutions to these challenges, and Vindeby didn’t flop.

See how Frank and his colleagues addressed the challenges of putting turbines out at sea here. 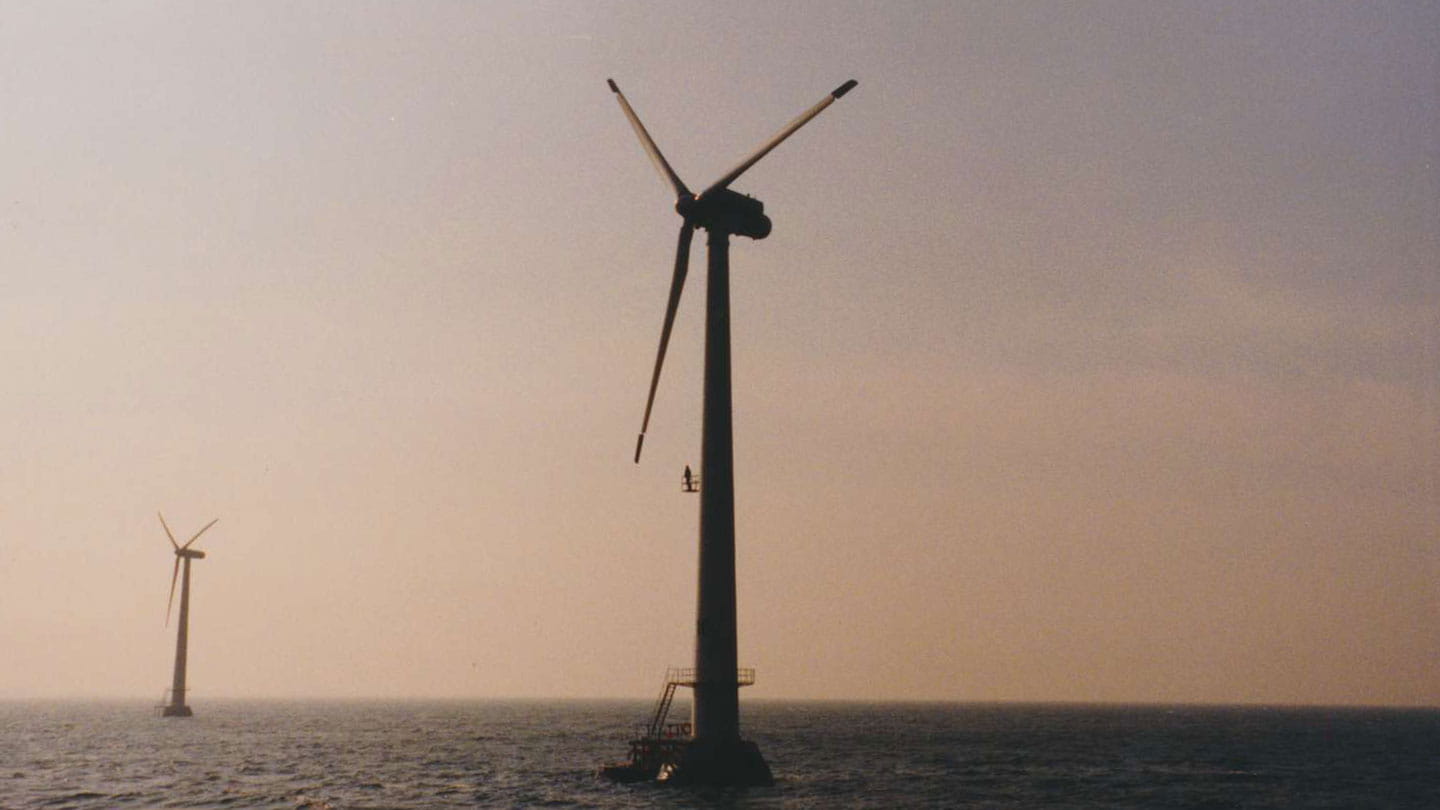 But it wasn’t only the structural features that had to be adapted to a life at sea, the maintenance of the turbines did, too. And efficient maintenance was paramount for keeping the turbines up and running. 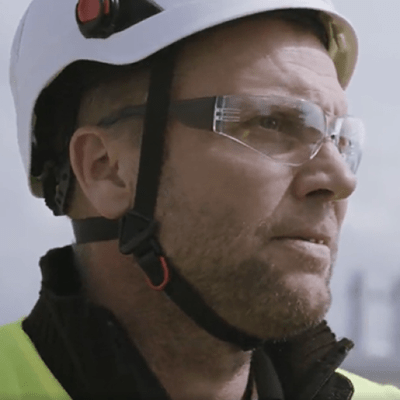 And occasionally in winter, it was a rather trying experience. I’ve also experienced working in icy weather and having to chop off ice to get up onto the foundations and then get up to the turbine.

Morten Larsen walks along the Esbjerg waterfront. He is Offshore Installation Manager for Ørsted and currently a member of the team installing turbines at the Hornsea Two Offshore Wind Farm off the east coast of Yorkshire, UK. He is in Esbjerg to make sure that one of the project’s two installation vessels, currently in port, is properly prepared for the task. Afterwards, he will return to Ørsted’s base at the Port of Vlissingen in the Netherlands to prepare the second installation vessel, before travelling to Hull, UK, to help construct what will become the world’s biggest offshore wind farm.

Morten was originally a qualified lorry mechanic, but changed careers and became a wind turbine technician. Vindeby was the first of many offshore wind farms he serviced, and a lot of new solutions had to be found to do this, because it was vastly different from maintaining onshore turbines where you could park your service vehicle at the base of the turbine. 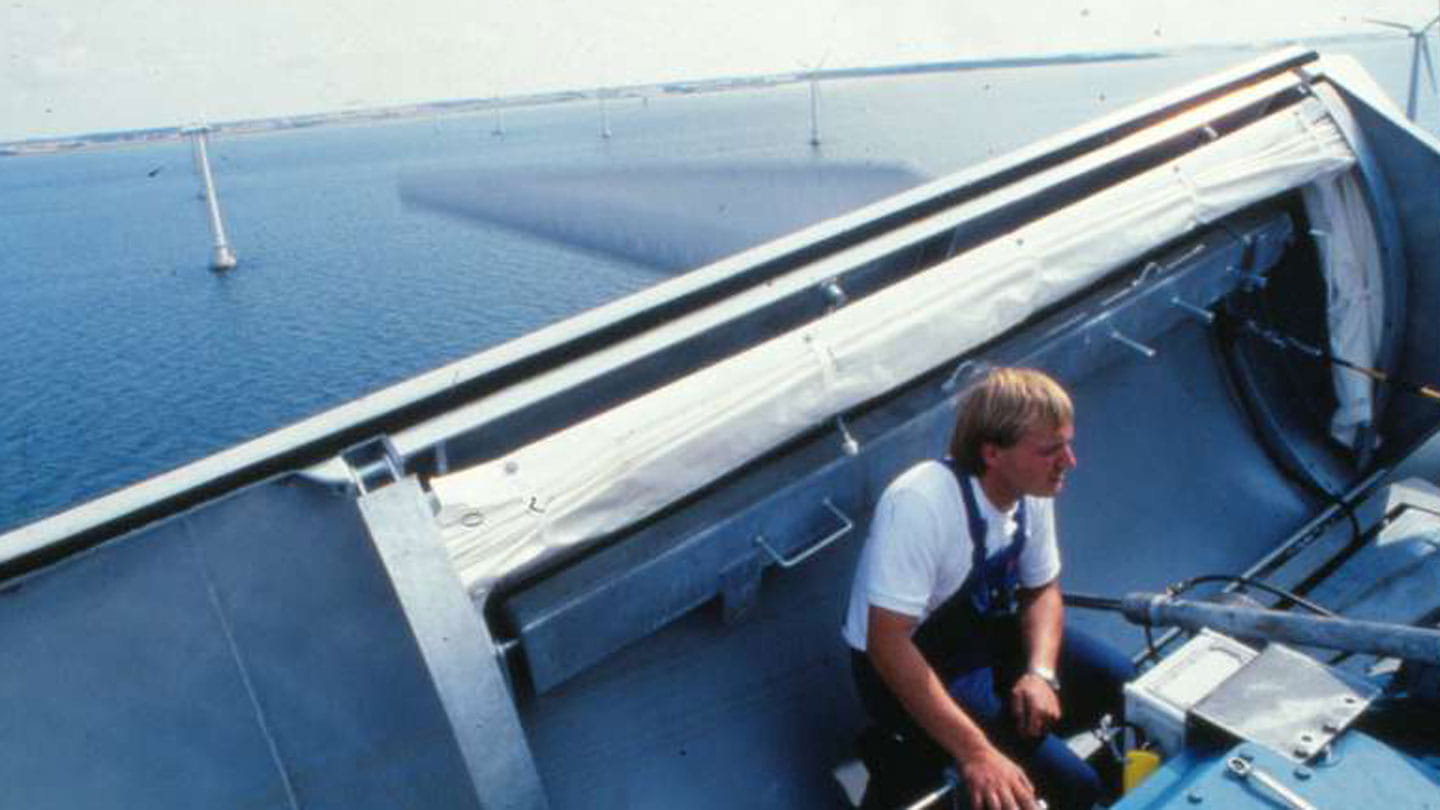 Considering the high-tech solutions and service vessels that are currently part of a turbine technician’s daily work, it’s fascinating to hear Morten tell how he and his colleagues managed to do maintenance back then:

– We had to have a service van, of course, and we’d drive it to Onsevig on the coast. We knew an old man who’d rent out his fishing boat. His name was Bent.

We’d phone him at 6:30 in the morning and tell him that we had to sail out and service the turbines. When we got to Bent’s place, he’d already started the boat and heated up the bridge.

Bent sailed Morten and his colleague out to the turbines. Morten says that when the boat came up alongside a wind turbine, they climbed up a ladder onto the foundation, got all their tools moved over, and then they continued their climb up another ladder inside the turbine with a little more than 30 metres to the top. Then they had to pull up all their tools by hand before they could get to work:

– We had maybe 3 or 4 tool buckets, which couldn’t be too heavy because one of us had to pull them up a rope. 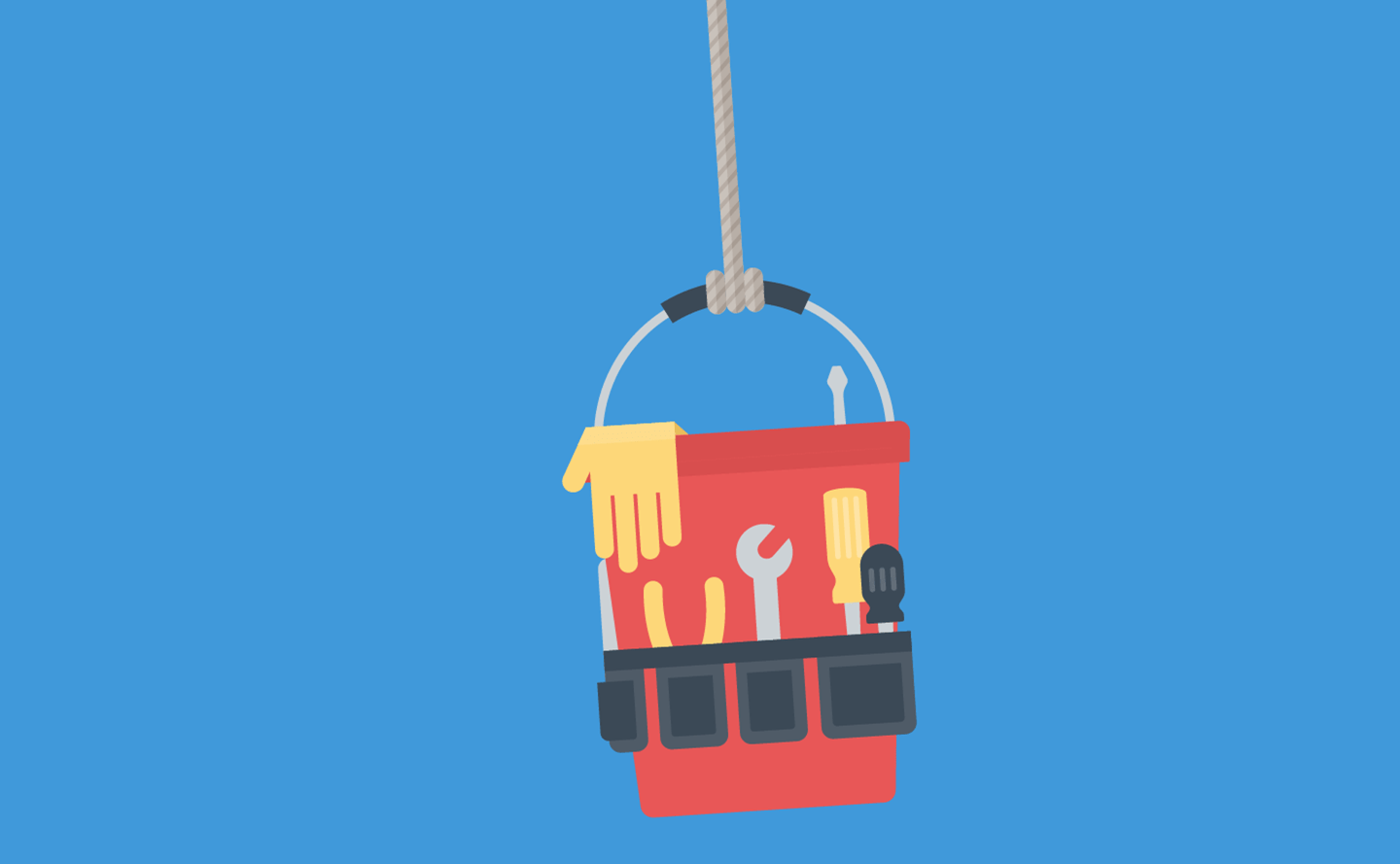 – No one ever needed to go to a fitness centre back then – we did all that at work.

Listen to Morten talk about life as a wind turbine technician at the world’s first offshore wind farm here.

Like Peter Buhl, Torben Poulsen is based at Ørsted’s Skærbæk office. But unlike Peter, who is currently working on Ørsted’s offshore wind projects in Taiwan, Torben is part of the team scheduled to erect offshore wind farms off the US coast near New York. Torben is a mechanical engineer and started his offshore career on the Vindeby turbines where he was tasked with reviewing them to find any shortcomings before project completion. 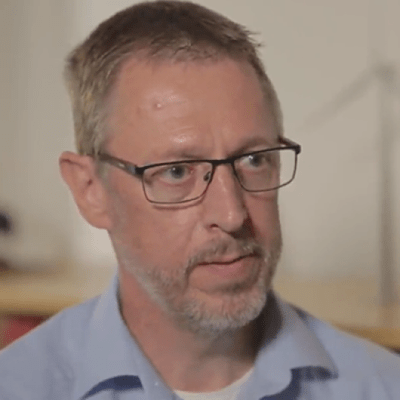 We used more Danish words at that time and also had a specific term for a ‘walk-down’, but we’ve become a bit more international now. Back then, the list of shortcomings and deficiencies was long, but now we see only a few, in fact. And I’d say 80 % of those we do detect are minor.

Torben’s experiences from Vindeby up to the present give him keen insight into how the offshore wind industry has developed over the years. He considers Vindeby the project that spurred the rapid development of offshore wind power into the global industry it is today:

– My thoughts about Vindeby thirty years down the road are that it was thrilling to be a small part of, and that it helped drive developments in terms of the subsequent growth of offshore wind projects.

One recurring observation of the four offshore pioneers is the impressive pace at which offshore wind evolved after the first turbine blades started whirring thirty years ago. Torben explains:

– The blades we’ll be attaching to the new wind turbines here today are more than 100 metres long. They’re of a different magnitude than the 37-metre rotors we used to look at in Vindeby in the day. 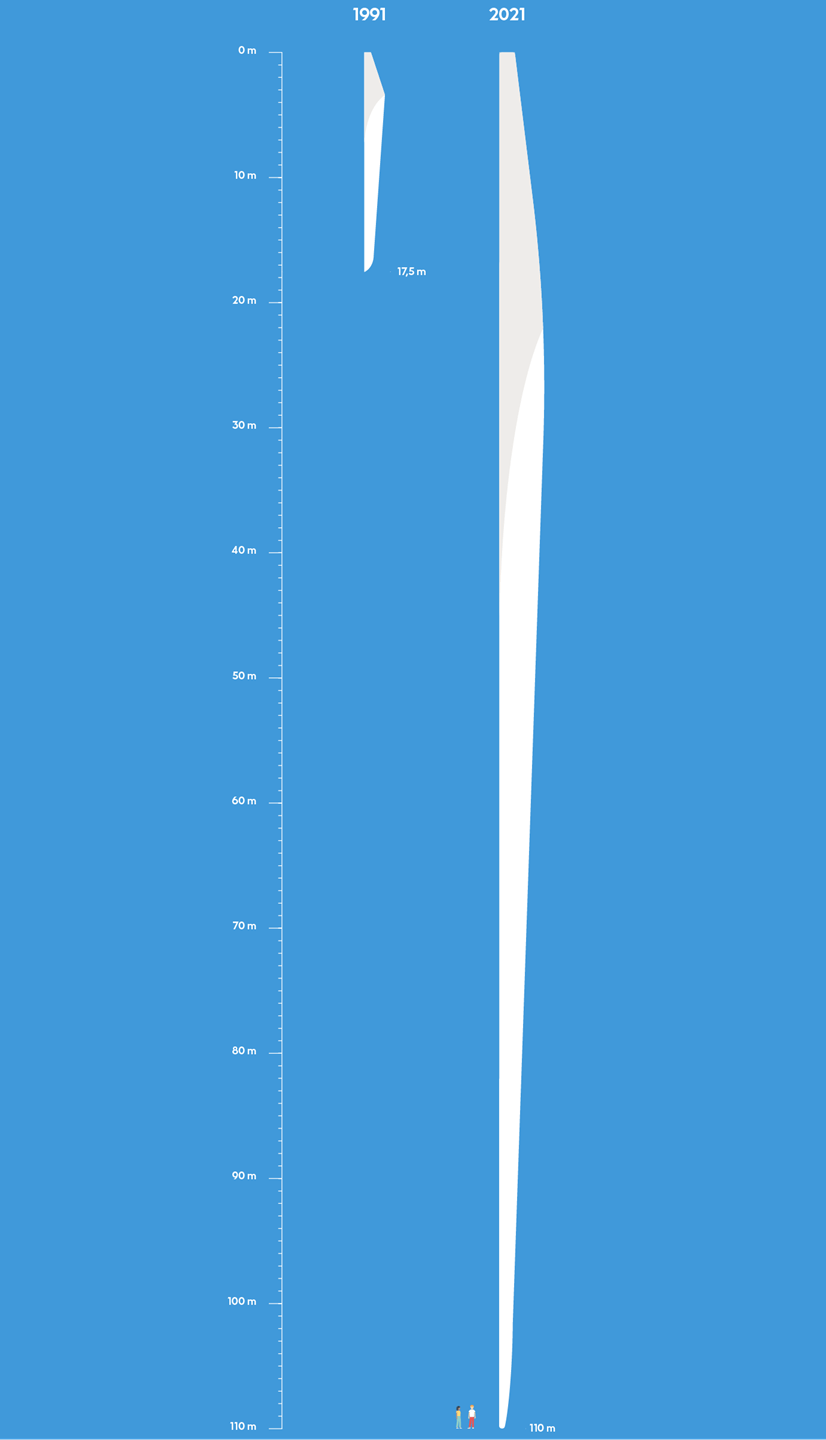 Frank Olsen, who was in charge of constructing Vindeby Offshore Wind Farm at that time, had preferred having bigger turbines for the project than the 450 kW Bonus turbines. But they were the biggest, most reliable ones available. He says:

– It was inconceivable to me that they could ever get to be as big as 10–15 MW, but now it’s possible, largely by having completely different materials to work with.

Today, wind turbines have developed so much that they generate roughly thirty times more power per turbine than those at Vindeby.

– One step led to the development of the next of course. Engineering science has developed in terms of lifting equipment, vessels and the manufacture of concrete foundations, but also steel manufacturing in particular, which has become an enormous industry.

And it’s almost incomprehensible when you see what’s happened. None of us ever imagined that we would get to where we are today!

And now we’re busy working in the US, Northern Europe, and Asia, so these exciting, incredible developments have actually taken place in the course of only a few years.

But it was also because we did something that no one thought was possible, right?

And that was probably Vindeby’s most important contribution: proving that wind turbines could actually be built at sea.”

Watch Frank, Peter, Torben and Morten describe the developments that have taken place since Vindeby. 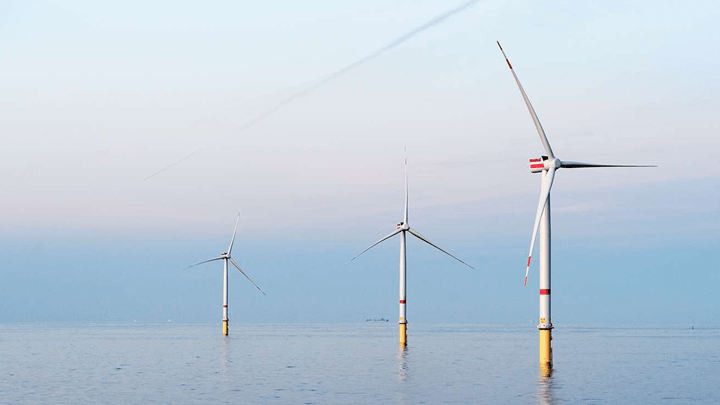 By 2022, we will expand our offshore wind capacity to 9.9GW, and will have offshore wind farms in the US, in Taiwan and across Europe, in Denmark, Germany, the UK and The Netherlands.

Read more about where we operate