Ørsted and the Danish district heating transmission companies ‘Vestegnens Kraftvarmeselskab’ (VEKS) and ‘Centralkommunernes Transmissionsselskab’ (CTR) have with a letter of intent taken the first formal step to utilise surplus heat from carbon capture and Power-to-X at Avedøre Power Station for district heating and thus use fewer wood pellets in the long term. 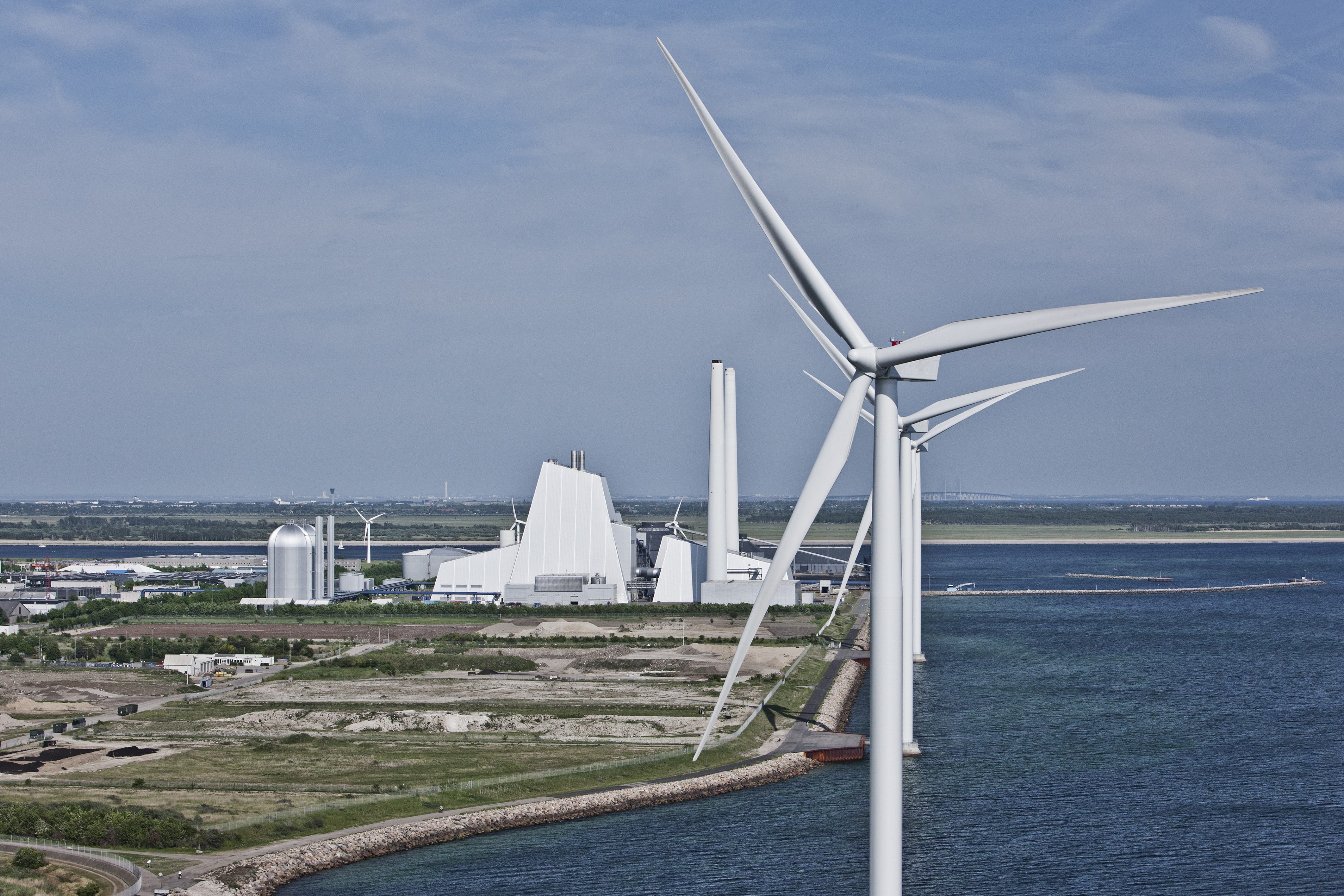 If financial support is obtained from the ongoing tender for carbon capture and storage and for the Power-to-X project, enabling both the ‘Green Fuels for Denmark’ project and the carbon capture project to be realised, the process for carbon capture as well as the later process for the production of green fuels will create large amounts of surplus heat that can be utilised in the Greater Copenhagen area’s district heating supply.

The parties have now signed a letter of intent, which is the first step in an agreement to supply surplus heat from Avedøre Power Station to CTR and VEKS.

"I’m pleased that we share the ambition to exploit the surplus heat from the production of green fuels and carbon capture for district heating in the Greater Copenhagen area. The surplus heat will be generated by a process that uses power from an offshore wind farm and carbon from locally harvested straw to make green fuels for heavy transport. It will be difficult to make the district heating any greener than that."

Kamma Eilschou Holm, CEO of CTR, says: "It’s really great that we’re now seeing the outlines for some major construction projects that in the long term can make us more independent of certified biomass, as we know it will be a scarce resource in future."

The ‘Green Fuels for Denmark’ project is expected to have 100 MW of electrolysis capacity ready from 2025 and 250 MW from 2027. Ørsted expects to start capturing sustainable carbon from the straw-fired boiler in 2025.

The straw-fired unit at Avedøre Power Station converts approximately 130,000 tons of locally sourced straw into electricity and heat annually. The straw is a by-product of agriculture. The carbon capture process from the straw-fired boiler is expected to generate approximately 48 MW of surplus heat, corresponding to the annual consumption of approximately 15,000 Danish households.

The combination of using straw as fuel and utilising the surplus heat from both the carbon capture process and the ‘Green Fuel for Denmark' project’s second phase with a 250 MW electrolysis capacity for producing green fuels will provide up to 260 MW of district heating, which corresponds to the annual consumption of approximately 60,000 Danish households. This results in both green and price-competitive district heating for the Greater Copenhagen area.

A future final investment decision on the carbon capture project is conditional on obtaining financial support from the ongoing tender for carbon capture and storage or on realising the parts of the ‘Green Fuels for Denmark’ project that deal with the production of e-methanol and e-kerosene. In addition, VEKS, CTR, and Ørsted must enter into a final agreement on the utilisation of surplus heat.


About Ørsted
The Ørsted vision is a world that runs entirely on green energy. Ørsted develops, constructs, and operates offshore and onshore wind farms, solar farms, energy storage facilities, renewable hydrogen and green fuels facilities, and bioenergy plants. Moreover, Ørsted provides energy products to its customers. Ørsted is the only energy company in the world with a science-based net-zero emissions target as validated by the Science Based Targets initiative (SBTi), and Ørsted aims to deliver a net-positive biodiversity impact from all new renewable energy projects it commissions from 2030 at the latest. Ørsted ranks as the world’s most sustainable energy company in Corporate Knights' 2022 index of the Global 100 most sustainable corporations in the world and is recognised on the CDP Climate Change A List as a global leader on climate action. Headquartered in Denmark, Ørsted employs 7,016 people. Ørsted's shares are listed on Nasdaq Copenhagen (Orsted). In 2021, the group's revenue was DKK 77.7 billion (EUR 10.4 billion). Visit orsted.com or follow us on Facebook, LinkedIn, Instagram, and Twitter.