Ørsted has started the onsite construction work on the H2RES project in Copenhagen. 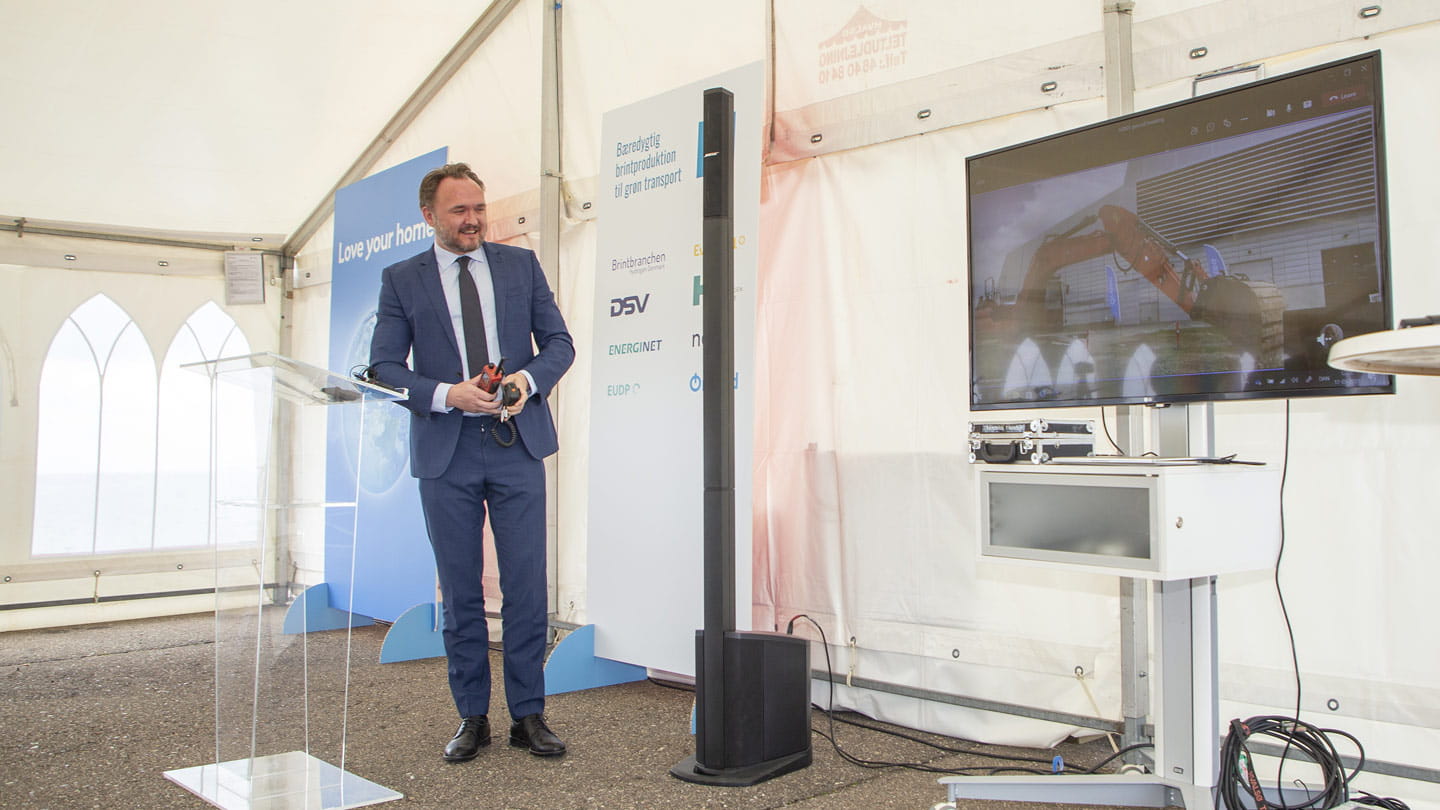 H2RES will have a capacity of 2 MW and will be situated on Ørsted's premises on Avedøre Holme in Copenhagen. The project will investigate how to best combine an efficient electrolyser with the fluctuating power supply from offshore wind, using Ørsted's two 3.6 MW offshore wind turbines at Avedøre Holme.

The facility will produce up to around 1,000 kg of renewable hydrogen a day, which will be used to fuel zero-emission road transport in the Greater Copenhagen area and on Zealand. The project is expected to produce its first hydrogen in late 2021.

In less than three years, Ørsted has, with partners, established nine renewable hydrogen projects in Denmark, Germany, the Netherlands, and the United Kingdom so far, spanning from demonstration projects like H2RES to industrial-scale visions like the potentially 1,300 MW 'Green Fuels for Denmark' project.

"H2RES will be a small, but very important first step in realising Ørsted's large ambitions for renewable hydrogen, which has fast proven itself as a centrepiece in the green transformation of the European economy to net-zero emissions by 2050. At Ørsted, we believe that renewable hydrogen can become an industrial stronghold of several European economies, including Denmark, while also contributing significantly to bringing down emissions from the hard-to-abate sectors in transport and industry."

About Ørsted
The Ørsted vision is a world that runs entirely on green energy. Ørsted develops, constructs, and operates offshore and onshore wind farms, solar farms, energy storage facilities, and bioenergy plants, and provides energy products to its customers. Ørsted ranks as the world's most sustainable energy company in Corporate Knights' 2021 index of the Global 100 most sustainable corporations in the world and is recognised on the CDP Climate Change A List as a global leader on climate action. Headquartered in Denmark, Ørsted employs 6,311 people. Ørsted's shares are listed on Nasdaq Copenhagen (Orsted). In 2020, the group's revenue was DKK 52.6 billion (EUR 7.1 billion). Visit orsted.com or follow us on Facebook, LinkedIn, Instagram, and Twitter.