Renewable energy leader Ørsted is partnering on a project with the World Wide Fund for Nature (WWF), Denmark, to support marine biodiversity and the cod fish stock in Denmark’s Kattegat straits. 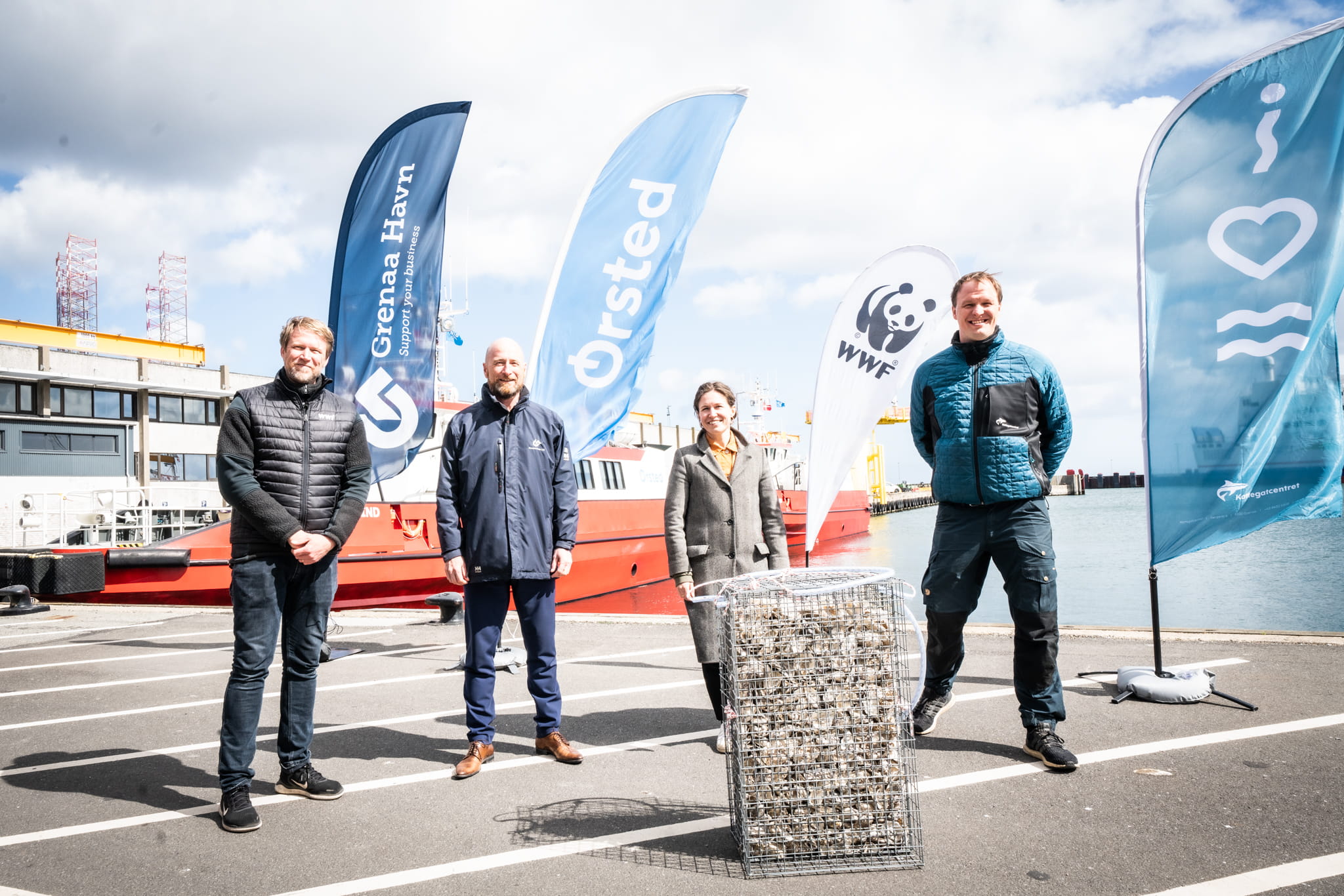 The project, known as “A helping hand to the seas”, aims to explore how biodiversity is affected by imbalances in local ecosystems and support the vulnerable cod fish stock in Denmark’s Kattegat straits.

The cod fish stock in the Kattegat is currently at a historically low point owing to reasons including climate change, overfishing, lack of oxygen in the waters, and habitat loss.

As a first step, the project has installed 10 “biohuts” that function as artificial habitats for juvenile cod and other small fish in the coastal waters off the Port of Grenaa, on the east coast of Denmark’s Jutland peninsula. The biohuts provide juvenile cod shelter and a place to find food in the early stage of their life cycle, until they are large enough to swim out to deeper waters.

“The seas and all the marvellous creatures that inhabit them are some of the world’s most vital ecosystems. But animals are threatened by climate change and loss of habitats, among other things,” says Filip Engel, Vice President and Head of Sustainability, Public Affairs, Branding & Marketing at Ørsted, which ranks among the world’s largest renewable energy companies.

He continues: “If we exploit the potential of clean energy such as offshore wind power, we can slow down climate change and help preserve marine ecosystems. At the same time, we must ensure that the build-out takes place with due respect for marine biodiversity. As a developer of offshore wind farms, we’re therefore pleased to be working with the World Wide Fund for Nature, Denmark, on testing the potential of biohuts in the Port of Grenaa.”

The project is also supported by the Port of Grenaa authority and the Kattegatcenter aquarium.

Restoring the natural balance
The cod is an important predator in the Kattegat straits that influences the Kattegat’s biodiversity and natural food chain. Imbalances in the local ecosystem occur if the cod population is significantly reduced.

Bo Øksnebjerg, Secretary General of the World Wide Fund for Nature, Denmark, says: “Fish are essential to Denmark’s marine wildlife. They play a crucial role in our marine ecosystems. If a predatory fish like cod disappears, the entire ecosystem and the rest of the food chain are thrown off balance. The balance in marine ecosystems must be restored to ensure that we’ve got a chance in the fight against climate change. Only a healthy ecosystem can increase the sea’s resilience against climate change,”

About biohuts
The biohuts used in the project are metal cages measuring about 0.8m x 0.5m x 0.25m, which are filled with disinfected oyster shells. The cages are anchored to quays or piers. They function as habitats for juvenile cod and other young fish in coastal waters.

Together with WWF Verdensnaturfonden, we launched the biohut project at the Port of Grenaa on the east coast of Jutland, Denmark, to support local cod and marine biodiversity. Watch the video to learn more about the project.

Read more about the project here (in Danish)