Quantum computing will be the next tech revolution: scientist to be honoured with the H.C. Ørsted Gold Medal

The Society for the Dissemination of Natural Science is awarding an H.C. Ørsted Gold Medal in physics to Professor Charles Marcus. His research brings the world closer to applied quantum technology, which can become just as revolutionary as Hans Christian Ørsted's discovery of electromagnetism two centuries ago. The award is made possible with the support of Ørsted. 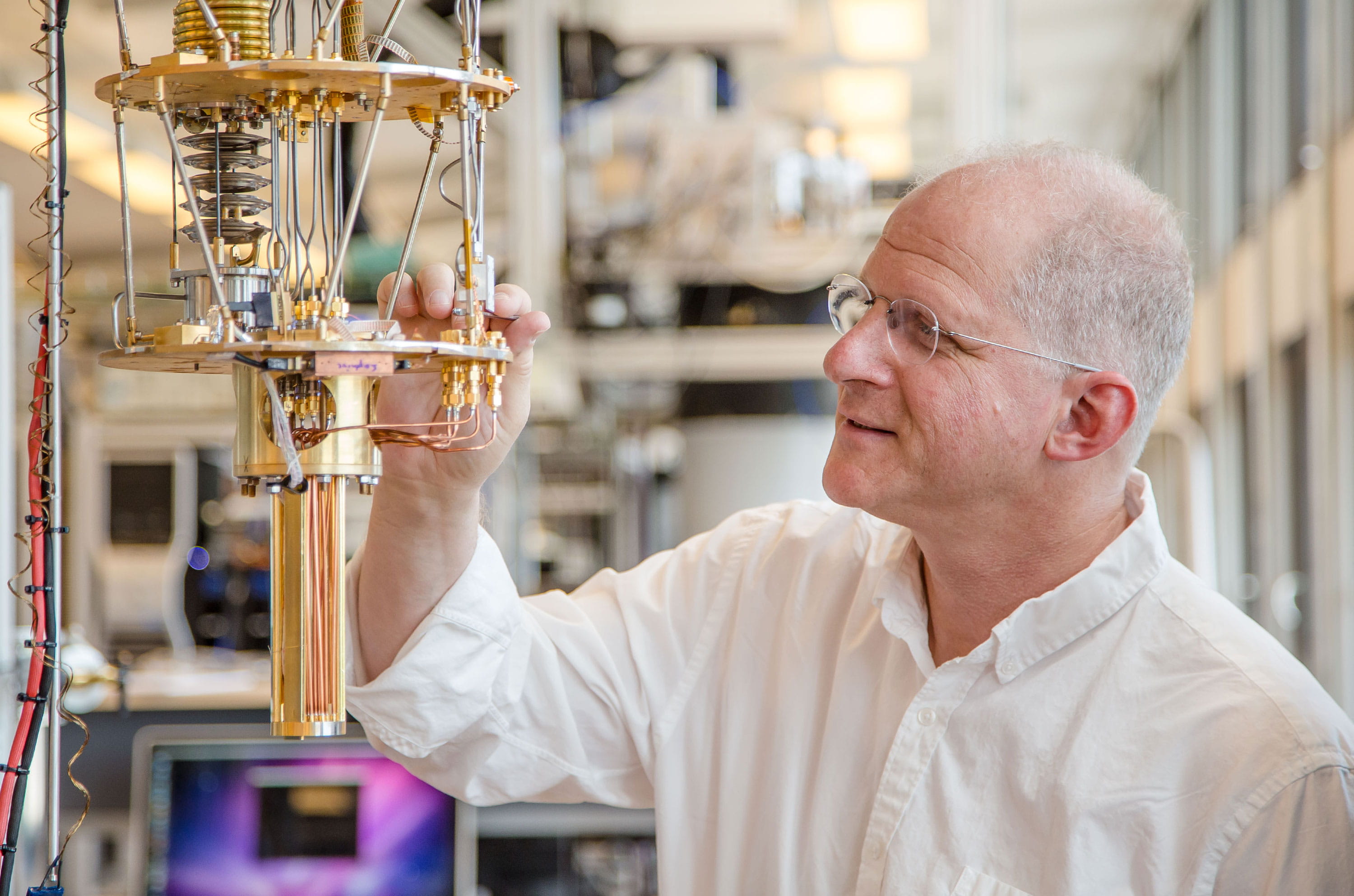 The Society for the Dissemination of Natural Science (SNU) is honouring Charles Marcus, the Villum Kann Rasmussen Professor at the Niels Bohr Institute at the University of Copenhagen and Director of the Copenhagen Microsoft Quantum Lab, with the society's H.C. Ørsted Gold Medal in physics and an accompanying travel grant of DKK 75,000.The award coincides with the bicentenary of Hans Christian Ørsted's discovery of electromagnetism. The gold medal and the travel grant were made possible by the support of the green energy company Ørsted.

The medal is awarded based on submissions from Danish universities and science institutions, and a committee consisting of five members of the Royal Danish Academy of Sciences and Letters have reviewed the nominations.

Charles Marcus' field of research is quantum coherent electronics. With thirty years of pioneering experiments, Marcus has played a key role in developing the field, which is now rapidly evolving towards outright quantum technologies that can harness and exploit quantum mechanics in the field of quantum computing. A quantum computer will base its calculations on principles different from those used by traditional computers, enabling it to solve certain complex problems much faster than currently possible.

The potential is too vast to fathom completely, but for example, quantum computers can simulate large, complex molecules, allowing medicines and vaccines to be designed by simulation rather than developed by discovery. Quantum-enhanced simulations can also help in the search for new materials with desirable properties, for instance a material that superconducts at room temperature and conveys electricity without resistance, avoiding the loss of power in our wiring today.

Professor Dorte Olesen, President of SNU, says, "Charles Marcus is the quintessence of a modern scientist and a highly deserving recipient of the H.C. Ørsted Gold Medal. Just as Hans Christian Ørsted himself, Charles Marcus is a world-class scientist and communicator with a keen eye for how his research can benefit society. He is the first non-Danish recipient of the gold medal and he brought an amazing academic background with him to Denmark, so he brilliantly exemplifies our country's ability to attract some of the best researchers in the world."

Building a quantum computer
Charles Marcus also heads a remarkable working relationship between the University of Copenhagen and Microsoft, which have partnered to produce a topological quantum computer. The collaboration demonstrates Charles Marcus' modern approach to research. He has realised that further technological development requires a financial and technological commitment from a multinational corporation such as Microsoft and the scientific expertise available at the university.

Henrik Poulsen, CEO of Ørsted and ambassador for HCØ2020, says: "When research and industry join forces, new opportunities arise, processes can be accelerated, and solutions can be directly applied for the benefit of society. Entirely in keeping with Hans Christian Ørsted's spirit, Charles Marcus, the University of Copenhagen, and Microsoft have exploited these gains by collaborating to create a quantum computer capable of revolutionising the technology and helping us address both climate challenges and other problems we're currently facing as a global community."

Charles Marcus says, "I'm greatly honoured to receive a gold medal from the Society for the Dissemination of Natural Science for my research and efforts toward disseminating and advocating for science. I'm fond of seeing my work in quantum electronics as a natural extension of Hans Christian Ørsted's discovery of electromagnetism two hundred years ago, so I'm deeply honoured by this recognition from the Danish scientist's own society."

Gold medal to be awarded by HM The Queen
SNU's H.C Ørsted Gold Medal is awarded for outstanding scientific work in the fields of physics and chemistry. Eligible recipients of the medal are researchers working in Denmark, and the gold medal has so far been awarded to 18 researchers since 1909, including two Nobel laureates (Niels Bohr (1924) and Aage Bohr (1970)).

Ahead of the award ceremony, Charles Marcus will give a public lecture on 19 October 2020 at 19:00 in Auditorium 1 in the H.C. Ørsted building, Universitetsparken 5, 2100 Copenhagen Ø. Registration is mandatory, please sign up here. The lecture will also be live-streamed here.

The gold medal and travel grant are made possible by means of support from the energy company Ørsted. The public lecture and the award ceremony are organised with the support of the Carlsberg Bequest in honour of brewer J.C. Jacobsen.

More about Charles Marcus
Born in Pittsburgh, Pennsylvania, Charles Marcus grew up in Sonoma, California, and studied at Stanford University, returning later to Stanford as a professor. He has a PhD in Physics from Harvard University, where he later was also employed as a professor. After a sabbatical stay in Copenhagen in 2010, Marcus left Harvard and moved to Denmark with his family to become the first Villum Kann Rasmussen Professor, sponsored by the Villum Foundation, and start the Center for Quantum Devices at the Niels Bohr Institute, sponsored by the Danish National Research Foundation.

The centre has grown into its current capacity which, along with colleagues in related quantum fields, has enabled Denmark to leave a striking impression on the map of quantum technology. The centre has built up a special status in the field of exploring quantum mechanics and its applications in electronic circuits, echoing back not only to H.C. Ørsted, with its focus on electronics, but, with its focus on quantum, also to the golden age of quantum physics brought about by Niels Bohr when he founded the institute.

Charles Marcus' many experiments have played a key role in developing the mastery required to manipulate quantum physics' conditions in solid states at single-electron level. Over the years, his scientific research has been a driving force of breathtaking developments in all the techniques required both to produce samples with complex, nanometre-scale semiconductor circuits and to perform measurements at just a few hundredths of a degree above absolute zero.

Charles Marcus has trained many of the people who will comprise the next generation of leading international researchers, and he has made an enormous effort to communicate the tremendous perspectives inherent in this field to both the scientific community and the general public. One of the ways he has done this is by being highly active on the lecture circuit. His unique ability to captivate audiences with his abundance of imagery and precise language has probably been instrumental in generating great interest in quantum mechanics and the new field of quantum technology both in Denmark and abroad. 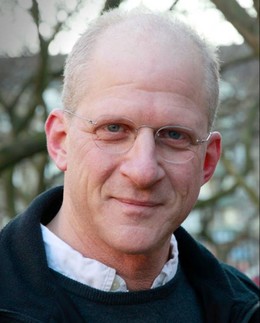 About The Society for the Dissemination of Natural Science (Selskabet for Naturlærens Udbredelse, abbr. SNU)
After his discovery of electromagnetism, Hans Christian Ørsted embarked on a longer lecture tour, during which he learned that in both England and France, there existed societies where anybody could attend lectures on the newest discoveries in physics and chemistry and their potential industrial applications. He therefore founded The Society for the Dissemination of Natural Science in 1824 and began giving open lectures in Copenhagen. The society has had many prominent members, including the brewer family Jacobsen (J. C. Jacobsen founded Carlsberg) and Niels Bohr, who was President of the Society for many years. The Society continues to focus on disseminating new and ground-breaking science and rewards both outstanding research and excellent dissemination with H.C. Ørsted medals.

About Ørsted
The Ørsted vision is a world that runs entirely on green energy. Ørsted is inspired by Hans Christian Ørsted's curiosity for understanding nature, and H.C. Ørsted's discovery of electromagnetism is the foundation for the modern generation of electricity, which is at the core of the green energy company Ørsted. Ørsted develops, constructs and operates offshore and onshore wind farms, solar farms, energy storage facilities, and bioenergy plants, and provides energy products to its customers. Ørsted ranks #1 in Corporate Knights' 2020 index of the Global 100 most sustainable corporations in the world and is recognised on the CDP Climate Change A List as a global leader on climate action. Headquartered in Denmark, Ørsted employs 6,000 people.

Contact information
The Society for the Dissemination of Natural Science
Dorte Olesen
21 26 03 50
doole@dtu.dk