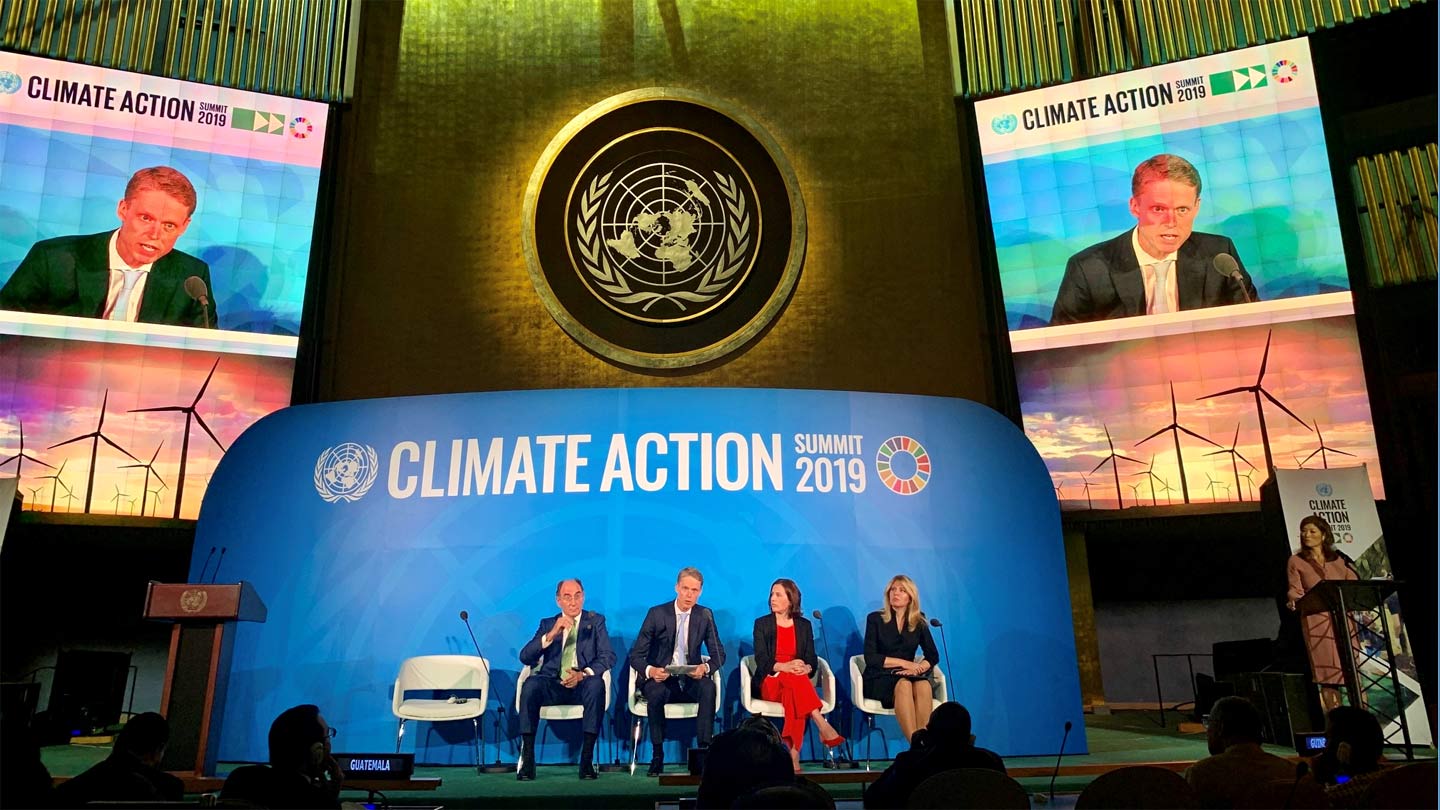 Initiator and host of the summit, UN Secretary-General, António Guterres, delivers a clear message to world leaders: Act to boost climate action, make the countries of the world meet the targets of the Paris Agreement, and limit climate change to 1.5 °C.

Monday, Henrik Poulsen, CEO and President of Ørsted, was invited by António Guterres to speak at the General Assembly Hall of the UN headquarters. Here, he urged world leaders to set clear, ambitious targets and fast-track the build-out of renewable energy.

"The renewable energy technologies that we need to fundamentally transform the energy system and radically reduce emissions are at our disposal - and they're cost-efficient," said Henrik Poulsen and he continued:

In established markets, the build-out of offshore wind has led to costs dropping by more than 60% since 2014. So today, it is cheaper to build offshore wind farms than coal- or gas-fired power plants.

"When governments around the world assembled in this room set ambitious targets and enact clear policies, the private sector can and will further accelerate the build-out of green energy. And this is urgently needed to speed up the retirement of old coal-fired power plants and to put an end to the construction of new coal-fired capacity," said Henrik Poulsen.

Ørsted's CEO and President ended his speech by pointing out that there is a need for action right here, right now, if we want to take care of our planet Earth.

"When needed, we must be ready to make near-term sacrifices to get it done. Business as usual is indeed not going to be enough. We can't tell our grandchildren that we failed to protect the planet because we were too focused on protecting our own well-being. We must act now," said Henrik Poulsen.