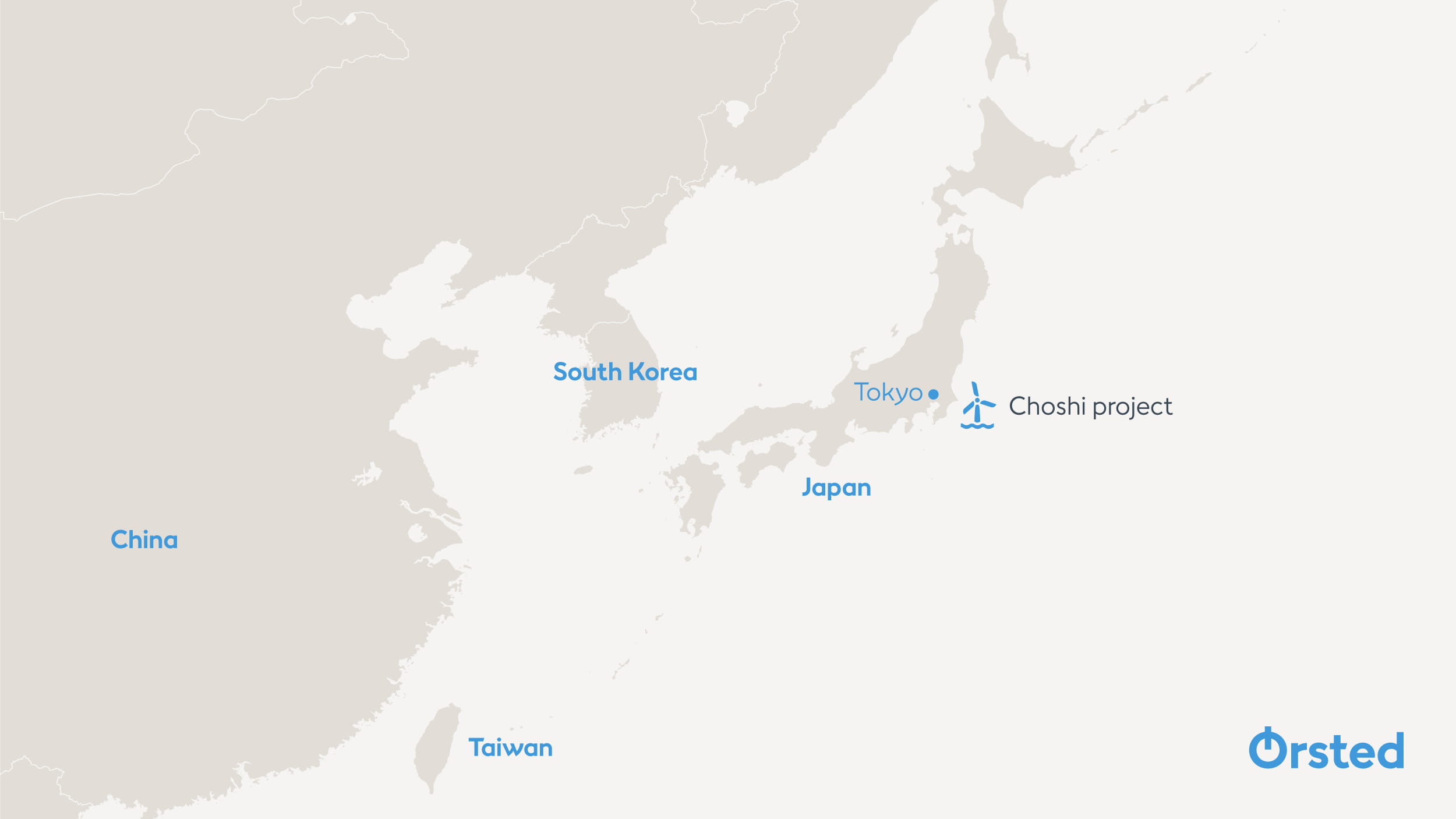 TEPCO and Ørsted will work jointly on the Choshi offshore wind project near Tokyo, for which TEPCO has been carrying out a seabed survey to examine its feasibility (announced on November 1, 2018) and towards a strategic partnership for broader collaboration.

TEPCO Representative Executive Officer and President, Tomoaki Kobayakawa, commented: “We’re confident that the partnership combining TEPCO’s extensive expertise in the Japanese power business and Ørsted’s unparalleled track record in the offshore wind business will lead to success in the Choshi project. We hope that this first step paves the way for expansion beyond the coastlines of Japan for the development, construction, operation and ownership of offshore wind projects.”

“TEPCO is aiming to make renewable energy a core generating source by developing 6-7 GW of renewable energy projects in Japan and overseas. The partnership with Ørsted will provide us with a very strong platform to scale up our renewable energy business as one of our main pillars of business growth.”

Ørsted CEO and President, Henrik Poulsen, remarked:
“Our vision is to create a world that runs entirely on green energy, and we look forward to expanding our presence in the Asia-Pacific region and bringing over two decades of offshore wind knowledge into this partnership for the Choshi project.”

“As the largest player in the Japanese electricity industry, TEPCO has deep insights into the local power market and the regulatory requirements. This MoU is the first step in Ørsted and TEPCO’s aspirations to deliver on Japan’s ambitions for domestic renewable power generation at a large scale and contribute to making Japan a leading offshore wind market in the Asia-Pacific. We welcome this first opportunity to work with TEPCO and look forward to strengthening our relationship further.”

Japan’s offshore wind market is gaining momentum following the government’s commitment to increase the deployment of renewables and the passing of the legislative foundation for designation of large-scale offshore wind development areas. In its Fifth Basic Energy Supply Plan from July 2018, the Japanese government targets a 10 GW wind capacity (offshore and onshore) by 2030 as part of its ambition to reach a 22-24% renewable share of electricity generation by 2030.

More than 70% of Japan is mountainous, and around three quarters of its 127 million population live in urban coastal areas, which makes offshore wind an ideal source of large-scale, homegrown renewable electricity generation for Japan.

The Ørsted vision is a world that runs entirely on green energy. Ørsted develops, constructs and operates offshore and onshore wind farms, bioenergy plants and innovative waste-to-energy solutions and provides smart energy products to its customers. Headquartered in Denmark, Ørsted employs 6,000 people. Ørsted’s shares are listed on Nasdaq Copenhagen (Orsted). In 2017, the group’s revenue was DKK 59.5 billion (EUR 8.0 billion). For more information on Ørsted, visit https://orsted.com/ or follow us on Facebook, LinkedIn, Instagram and Twitter.