The construction of the new wood chip-fired plant at Asnæs Power Station is progressing at full speed. The turbine – the heart of the CHP plant – has just been lifted into place. 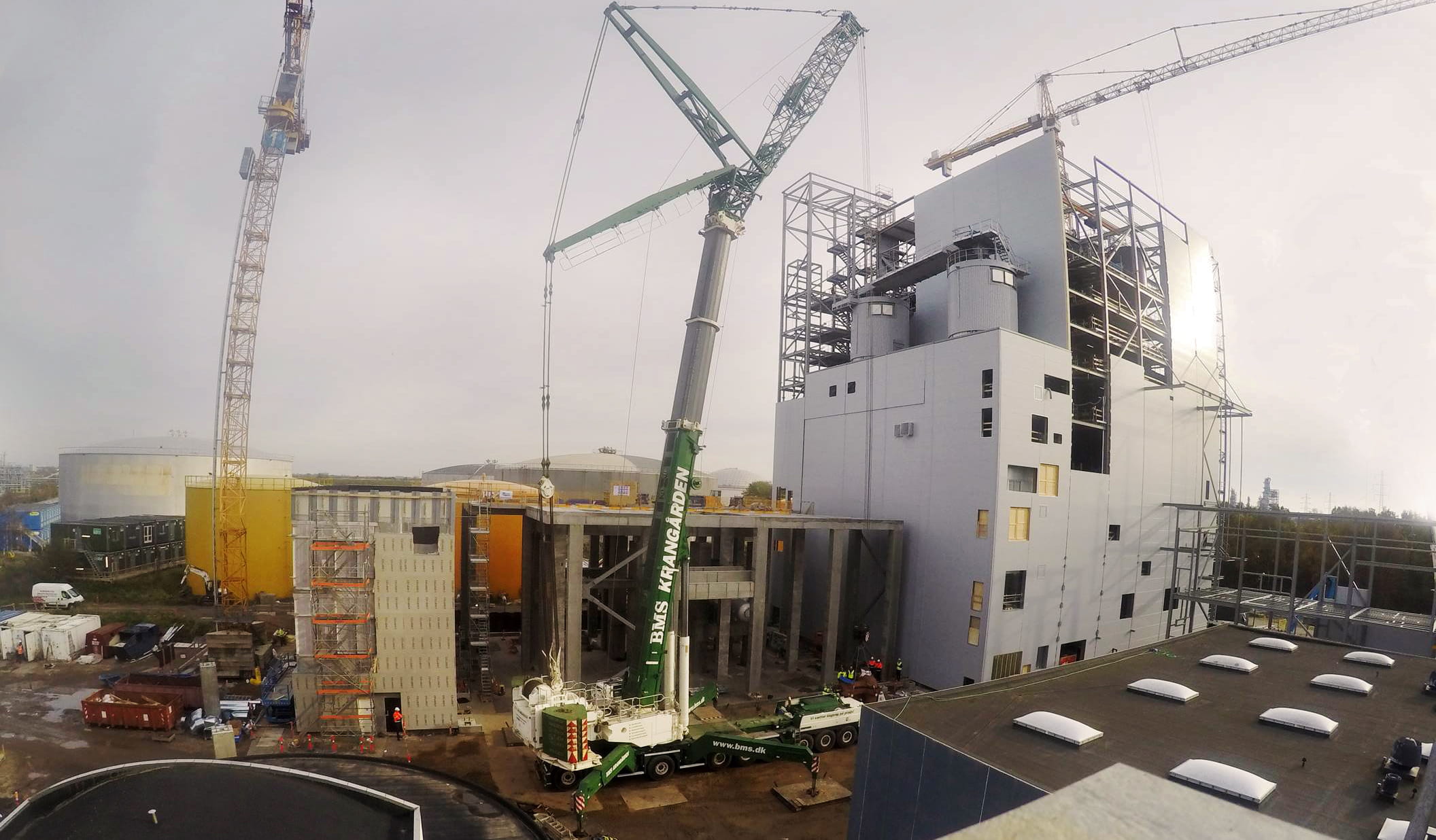 On 1 November 2018, the turbine for the new wood chip-fired plant at Asnæs Power Station was lifted into place by a gigantic mobile crane.

The turbine is considered the heart of a combined heat and power (CHP) plant, and now that it’s in place, the construction work has reached a milestone.

“We’ve reached an important milestone in the construction. The turbine consists of two parts: a high-pressure part of almost 34 tonnes and a low-pressure part of close to 29 tonnes. They’ve now been lifted into place, and our next step is to get the gear and generator in place and fit them onto the turbine,” says Henrik Boye Jørgensen, Project Manager, Ørsted.

The new turbine has a maximum capacity of 25MW power and a total of 129MJ/s process steam and district heating. In order to generate this energy, the steam must be fed into the turbine at a pressure of 100 bar and a temperature of 540 degrees Celsius.

Green district heating and steam at the end of 2019

In October 2017, Ørsted initiated the conversion of Asnæs Power Station so that wood chips from sustainable forestry can replace coal in the future. The conversion includes a new wood chip-fired plant, which will be installed as a separate unit in new buildings at Asnæs Power Station. The plant will be connected to the existing district heating and process steam networks and the power grid.

Due to a 20-year agreement between Novo Nordisk, Novozymes, Kalundborg Forsyning and Ørsted, it’s been possible to fund the conversion of Asnæs Power Station. At the end of 2019, the power station is expected to be ready to supply green district heating to consumers and process steam to Novo Nordisk and Novozymes in Kalundborg.