According to a survey conducted by Megafon, eight out of ten Danes support the conversion of the energy supply from fossil fuels to renewable energy. At the same time, however, most of the respondents state that they do not know enough about how energy companies contribute to the green transformation.

DONG Energy wants to change that, and in September the company will be taking 4,500 Danes by boat to three Danish offshore wind farms which have spearheaded the development of offshore wind energy, making Denmark the global leader it is today. 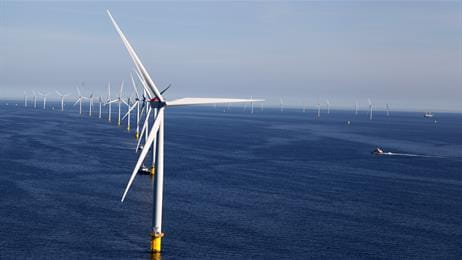 Facts about the green transformation

DONG Energy is currently operating 17 offshore wind farms, supplying green power to 7.5 million Europeans – a figure which DONG Energy expects will reach 17 million in 2020. In fact, DONG Energy has installed every fourth of all offshore wind turbines across the world and is therefore global leader in its field.

Denmark is very far ahead in the conversion from black to green energy. By making the transition from coal-fired power stations to more biomass and offshore wind, in ten years DONG Energy has approximately halved its CO2 emissions per produced kilowatt hour.

Denmark's transition to green energy is well underway and among the greatest contributors to the conversion is DONG Energy – which is Denmark's largest producer of green power that can account for more than half of Denmark's total CO2 reduction over the past decade. In Danish waters alone, DONG Energy is producing green power corresponding to the consumption of one million households.

The energy group wishes to put focus on this development and is therefore taking 4,500 Danes to sea where they will experience three Danish offshore wind farms, as these large offshore 'wind power plants' are supplying the majority of the green power.

"We're proud of the journey we've embarked on, and we want to demonstrate how part of the conversion from fossil fuels to renewable energy takes place. We'll also provide everyone who's interested with a rare insight into the Danish business adventure that offshore wind farms have become," says Filip Engel, head of branding and sustainability at DONG Energy, and continues:

"Over the years, we've had open day events at our power stations. It's a bit more challenging to do the same at sea, but now we're doing it."

The tours will provide a rare opportunity to see large, green power stations up close, which most people have probably only seen from a distance aboard an aircraft or from the Great Belt Bridge. Visitors will also get the opportunity to meet some of the employees who either spend their days around the large offshore wind turbines or take part in planning and construction of offshore wind farms.

The safaris are open to all who are interested and the trips are free; however, due to the limited number of seats, the lucky visitors are chosen by lot on the website www.GoerDanmarkGroennere.dk (in Danish).