Nearly DKK 25 million. This was the amount of subsidies granted by DONG Energy to the agricultural sector in 2015 to support energy-saving initiatives. Further subsidies will be granted in 2016. 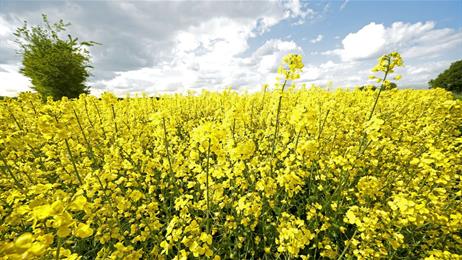 It may seem paradoxical, but energy companies provide subsidies to support Danish companies and private individuals in reducing their energy consumption. And there is money to be saved in the agricultural sector. Farmers, landowners and gardeners received nearly DKK 25 million in 2015 to promote the implementation of energy-saving initiatives.

Head of Department Palle Yde Poulsen expects that DONG Energy will grant tens of millions in subsidies to support energy-saving initiatives in the agricultural sector in 2016.

"There's a strong interest among, for instance, gardeners and farmers who want to reduce their CO2 emission and would like to learn more about the possibilities of receiving subsidies, which will make it easier to find the money for the investment. I'm pleased that we're able to continue the good cooperation, and I'm confident that we can work together with agricultural consultants to identify more savings."

DONG Energy has paid subsidies for heat recovery projects, new LED lighting in nurseries, re-insulation of buildings, conversion from oil and gas to biomass as well as replacement of old straw boilers.

"The Nordruplund Gods estate in West Zealand has saved DKK 70,000 annually on the heating bill after replacing the 25-year-old straw boiler with a new and more efficient one. The project originally had a pay back period of five years, but with a DKK 200,000 subsidy from DONG Energy, the replacement was repaid in less than two years."

The estates, farms and nurseries which were granted subsidies from DONG Energy in 2015 have reduced their annual electricity or heating consumption by DKK 100,000 on average. The savings are added to the DKK 250,000, which is the average amount of subsidies granted by DONG Energy.

Applying for subsidies for energy improvements is a simple process, but, unfortunately, DONG Energy is seeing that applications are made too late.

"It's important that we're contacted before the project is initiated. We cannot provide subsidies for projects which have been initiated before a subsidy agreement has been made. Those are the subsidy scheme rules," explained Poulsen.

Energy optimisation subsidies from energy companies are granted on the basis of a political agreement, obliging the companies to help their customers achieve energy savings. The background for the subsidy scheme is a widespread desire to reduce CO2 emissions.

"Contact DONG Energy on +45 99 55 55 23 or send an email to energitilskud@dongenergy.dk. Then we can discuss your project and whether you're entitled to subsidies," said Poulsen.