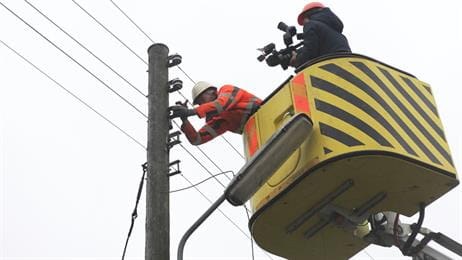 From Copenhagen to Rome and back again. This is the total distance covered by the power lines that DONG Energy Distribution has removed in the northern part of Zealand and the Greater Copenhagen area. Approximately 4,200 kilometres of overhead power lines are gone. Thousands of overhead line poles have been dug up and removed from residential areas and roads. And 8,000 kilometres of cables have been buried. DONG Energy has now completed one of the largest infrastructure projects in Denmark, and we have created an even better reliability of supply for our customers.

Anders Vikkelsø, Vice President in DONG Energy, stated: "The planning of the cable laying began back in 2000 after a severe hurricane hit Denmark at the end of December 1999. Today, we've completed the cable laying, and I'm pleased that the consumers in our grid area no longer have to fear major power cuts when Mother Nature takes its toll causing trees to fall down on overhead line poles and power lines. Now that the power cables are buried in the ground, we can avoid this."

Many municipalities on Zealand have also taken the opportunity to upgrade the outdoor lighting. Other municipalities have chosen to do it at some other point in time and therefore, for a period, there will still be a few overhead power lines in the streets to light up the old street lamps.

Anders Vikkelsø gives thanks to the citizens for their patience:
"A number of the largest construction companies worked on the project, and our work has affected approximately 200.000 households. Roads and sidewalks have been dug up and we have drawn new cables into the homes. I hope that the citizens have seen that we have sought to limit the impact as much as possible. Thanks for your patience. And also thanks to the municipalities for their constructive cooperation. "