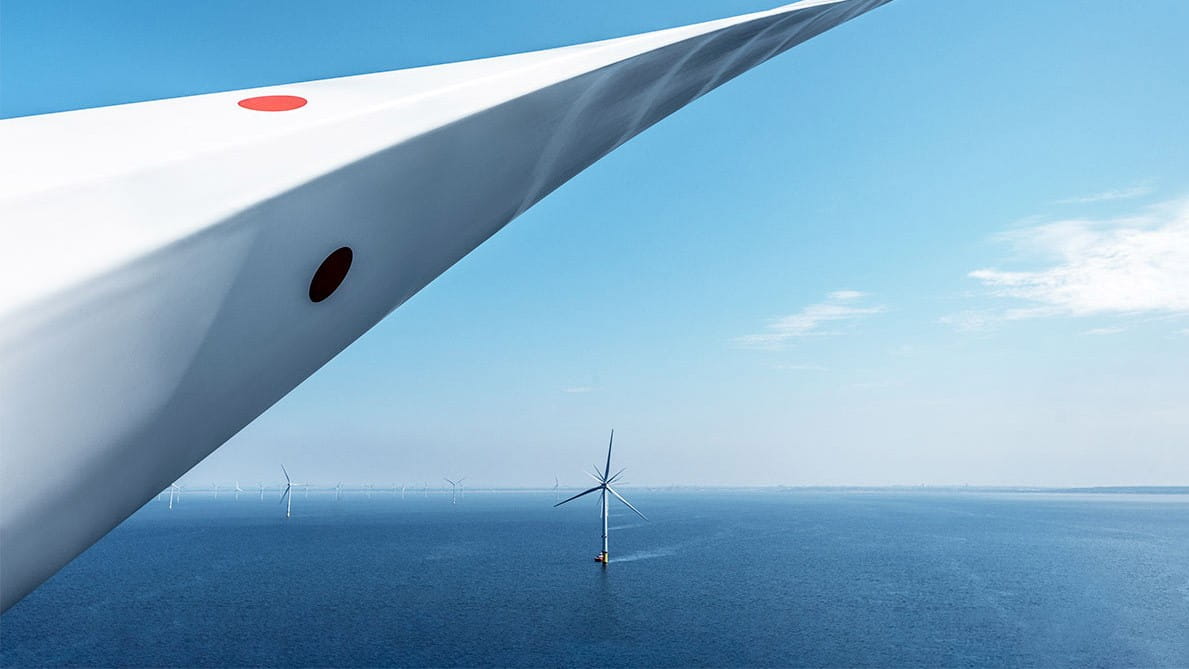 In just three decades, offshore wind energy has gone from a demonstration concept powering 2,200 households in Southern Denmark to a large-scale energy technology that is now powering millions of people across three continents.

Offshore wind power holds the potential to power hundreds of millions of people in a sustainable way.

It has become cheaper to produce energy from newly constructed offshore wind farms than from newly built coal or gas-fired power plants, and vast areas are readily available at sea.

Taking action to stay within 1.5°C. Replacing fossil fuels with green energy is the main lever to combat climate change. Learn more about the actions we need to take to transform the global energy system.

1991 – 2001: The first offshore wind farms were built, mainly as demonstration projects in a few European countries.
2002 – 2011: Scaling up. The second phase saw the first modern offshore wind farm, Horns Rev 1, in 2002. After that, projects’ size and complexity grew, but the supply chain had yet to be developed. Short-term, this combination led costs to increase.
2012 – 2017: Driving down costs. In the third phase, industry committed to a hard push for cost reductions, which led to a 60% cost reduction, making offshore wind energy cheaper than new coal, gas and nuclear-based power generation.
Since 2018: In the fourth, current phase, we see offshore wind energy maturing and going global, moving beyond Europe into North America and Asia-Pacific.

The development of offshore wind power over the past three decades was made possible by the constructive interplay between visionary policymakers and industry. Governments ensured demand and volume through ambitious green energy targets, political support, funding of public research and dedicated offshore wind policies.

This created a long-term market outlook, enabling industrial developers to take the leap and commit to developing offshore wind parks at an unprecedented scale, which unlocked the financial resources needed to drive innovation and supply chain build-out, to mature the technology and ultimately to make it competitive.

The increasing volumes of offshore wind energy deployment has been instrumental in driving costs down. Historically, each time installed capacity of offshore wind power has doubled, the levelised cost of electricity has declined by approximately 18%.

CIRCLE LOOP WILL BE INJECTED HERE

The drivers have been larger market volume, which has allowed for economies of scale, growing competition, investment into new technologies and technological improvements and a continuous maturation of the supply chain. The positive feedback loop – by some labelled an ambition loop – between government policy and business dynamics is a clear example of how new technologies can be matured.

The story of the maturation of offshore wind energy as a large-scale, costcompetitive green energy technology holds important lessons. That can be applied as we work to develop offshore wind energy in new markets and strengthen other new technologies, such as hydrogen or battery storage, that can complement solar and wind energy in a fully decarbonised energy system. It shows the importance of scale in facilitating innovation and bringing down costs, enabling still higher ambitions and even larger scale.

As more offshore wind capacity is installed, costs are decreasing

Turbines growing from 2.3 up to a typical 3.6MW

In the UK, the FID-enabling contracts scheme allows developers to place large orders for upcoming projects

Turbines growing from a typical 3.6 up to 8MW

Turbines growing from 8 up to 12MW, with expectations for even larger turbines

In north-western Europe. The cost might differ in geographies where a local supply chain has yet to materialise