DONG Energy and SmartWind Technologies have installed an advanced radar system collecting three-dimensional data on the wind flow in the Westermost Rough Offshore Wind Farm off England’s east coast. The project, the first of its kind in the world, represents a paradigm shift in wind measurements. 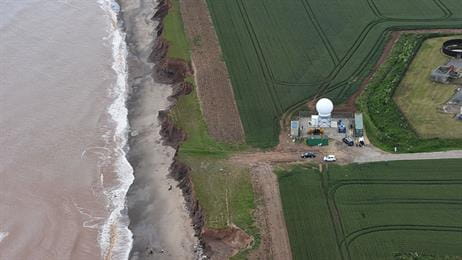 What is BEACon?
BEACon means ‘beamed radar for energy assessment and site conditions’. It is an R&D and technology validation project lead by DONG Energy Wind Power.
How do the radars work?
The BEACon radars emit radio waves in a narrow beam, which is scanned across the wind power plant. As the radio waves are scattered by particles carried by the wind, their frequencies are slightly shifted. This is called the ‘Doppler shift’, and it allows us to determine the wind speed and the wind direction. One single radar cannot distinguish between the wind speed and the wind direction. We need two radars separated by several kilometres to get the full picture.
What is the range of the BEACon radars?
Depending on the atmospheric conditions, we can measure the wind up to 35 kilometres from the coast.
How large are the radars?
The radars stand nine metres tall. Their 4.5 metre diameter antennas are housed in a protective radome resembling a giant golf ball. Underneath the antennas, a container houses all the electronics.
How long will the radars be measuring at Westermost Rough?
The measurements will continue for 18 months. After this period, the radars will be moved to another location.
What is DONG Energy hoping to learn from the BEACon project?
The dual Doppler radar system has already documented how the wind turbines in the wind power plant shadow each other and how these wakes develop behind the wind power plant. This is giving us new insights into the complexities of the wind flow through and around an offshore wind power plant. By knowing how the wind varies through the wind power plant, we can better predict the power output of the wind turbines.
Why is DONG Energy doing this?
We see the radar technology as a revolutionary step in wind measurement, which will boost our understanding of how wind power plants operate. The acquired knowledge will be integrated into DONG Energy’s offshore wind power plant design and operation activities in a continued effort to drive down the costs of offshore wind power.

“We’re getting minute-by-minute 3D images of the wind flow through the wind power plant. This is a game changer for the industry. We’re no longer limited to measuring the wind at just one point, now we can document the wind field across the entire wind power plant and coastal domain. Conventional measurement technologies are like using a torch in a dark room – you have a limited view. With the new radars, the entire room is flooded with light. We get new insights that provide valuable information for the design and operation of future wind power plants,” he says. 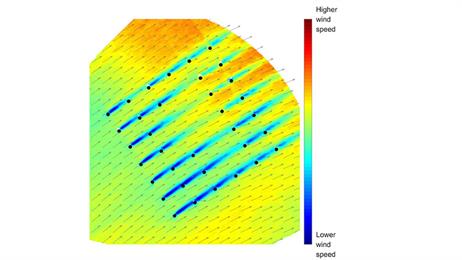 Texas-based SmartWind Technologies has developed and deployed the BEACon radar system. John Schroeder, Co-Founder of SmartWind Technologies, adds: “SmartWind Technologies has provided an advanced hardware and software solution to measure the complex flows at the Westermost Rough wind power plant and to reduce the generated complex data fields into a user-friendly format. The acquired data will facilitate long-term studies and aid real-time decision-making. Application of this new capability will undoubtedly drive down the cost of wind energy, and we’re proud to help DONG Energy achieve this goal.” 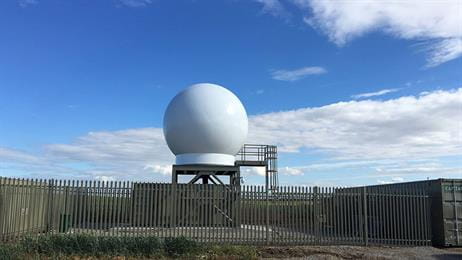 While the measurement campaign has just begun, the initial data is providing a wealth of detail on how the Westermost Rough wind turbine array interacts with the evolving wind field. Every week, the radars collect so much data that the information volume exceeds Wikipedia in size.

Jesper Skov Gretlund, BEACon Project Manager in DONG Energy, says: "We’re always looking for innovation and research partners with world-leading competences. We’ve found a perfect match in the BEACon project with a combination of revolutionary technology and working with a leading tech company in the emerging American market."