REWE Group, one of Germany's leading food retailers, has signed a 10-year power purchase agreement with Ørsted to procure 100 MW of green electricity from Ørsted's Borkum Riffgrund 3 offshore wind farm which is set to become operational in 2025. 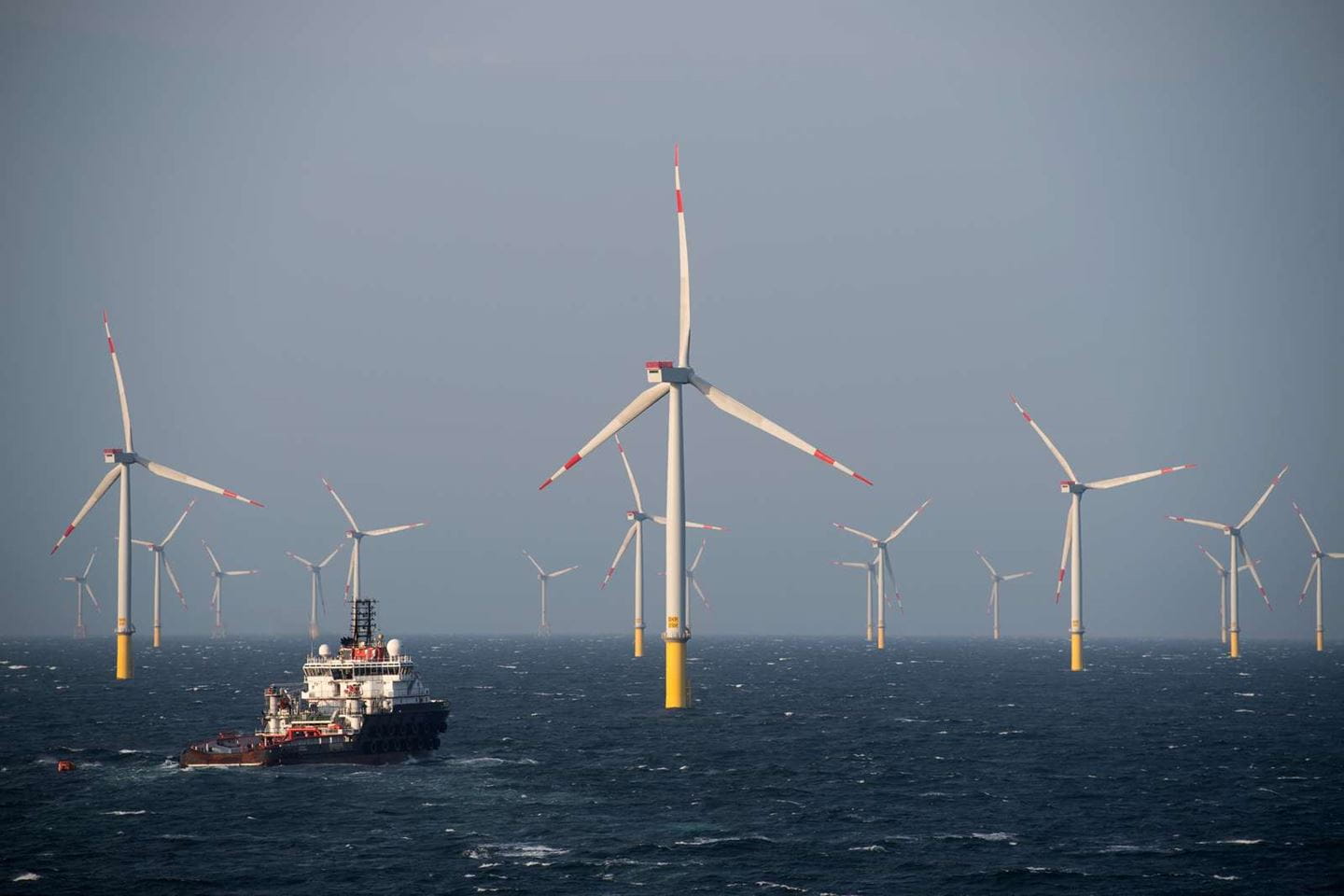 The 100 MW of green power from Borkum Riffgrund 3 equals the power consumption of 1,500 REWE stores. REWE Group has a goal of becoming climate neutral by 2040.

"Our goal is to become climate neutral by 2040," said Lionel Souque, CEO of REWE Group. "It is obviously an ambitious goal. But it is also a goal that we will achieve. We must achieve it because energy plays a strategic role in our business: We are a green power pioneer in the German food retail sector. Our stores have been completely using power produced from renewable sources since 2008. Offshore wind energy has tremendous potential. We will take another step towards climate neutrality by using the first green power generated from the North Sea."

The power purchase agreement with Ørsted was signed and will be managed by EHA Energie-Handels-Gesellschaft, REWE Group's energy procurement arm.

Jan-Oliver Heidrich, Managing Director of EHA, added: "By signing the power purchase agreement with the new wind farm, REWE Group is directly promoting the expanded use of renewable energies, is assuming process responsibility and is playing an even more active role in the energy transition."

"The world urgently needs to shift to renewable energy to reduce carbon emissions. To achieve this systemic change, action is needed from governments, energy providers, and corporate energy customers. REWE Group has a long tradition of buying sustainable power, and by purchasing power from Borkum Riffgrund 3, they're supporting the build-out of affordable new renewable energy at industrial scale."

The cooperative REWE Group is a leading trade and tourism group in Germany and Europe. In 2020, the company generated total external revenue of around 75 billion euros. REWE Group was established in 1927, employs over 380,000 people and operates stores in 22 European countries.

Its sales lines include the supermarkets and consumer stores operated by the brands REWE, REWE CENTER, BILLA, BILLA PLUS and ADEG, the discounter PENNY, the health-and-beauty stores of BIPA and toom DIY stores. The company also operates the convenience stores REWE To Go and the e-commerce activities REWE Lieferservice and Zooroyal. The Lekkerland Group conducts the business group's wholesale activities in the area of to-go consumption. REWE Group conducts its travel and tourism business under the umbrella of DER Touristik Group. The company's brands in this area include the tour operators ITS, Jahn Reisen, Dertour, Meiers Weltreisen, Kuoni, Helvetic Tours, Apollo and Exim Tours. DER Touristik Group also consists of more than 2,400 travel agencies (including DER Reisebüro, DERPART and cooperation partners), the hotel brands Sentido, Club Calimera, Cooee, PrimaSol and Playitas Resort as well as the direct operator clevertours.com.

EHA Energie-Handels-Gesellschaft is based in Hamburg and serves as the 360° energy service provider for the company with its many locations in Germany and Austria. EHA generates individual added value for its customers by supplying them with green power and gas, efficiency and climate-protection advisory services, operation of trade fair booths and energy data management. The use of digital technologies facilitates continuous consumption and cost reductions. EHA pays more than lip service to climate protection. The company has committed itself to renewable energies and acts as an energy producer as well. EHA operates photovoltaic systems and combined heat and power plants fired completely by biogas at customers' properties. EHA is a subsidiary of REWE Group.

The Ørsted vision is a world that runs entirely on green energy. Ørsted develops, constructs, and operates offshore and onshore wind farms, solar farms, energy storage facilities, and bioenergy plants, and provides energy products to its customers. Ørsted ranks as the world's most sustainable energy company in Corporate Knights' 2021 index of the Global 100 most sustainable corporations in the world and is recognised on the CDP Climate Change A List as a global leader on climate action. Headquartered in Denmark, Ørsted employs 6,472 people. Ørsted's shares are listed on Nasdaq Copenhagen (Orsted). In 2020, the group's revenue was DKK 52.6 billion (EUR 7.1 billion).