A new system called Watch-it-smart (WIS) enables Ørsted to postpone operational shutdowns at the power stations and makes it easier to predict faults and breakdowns. 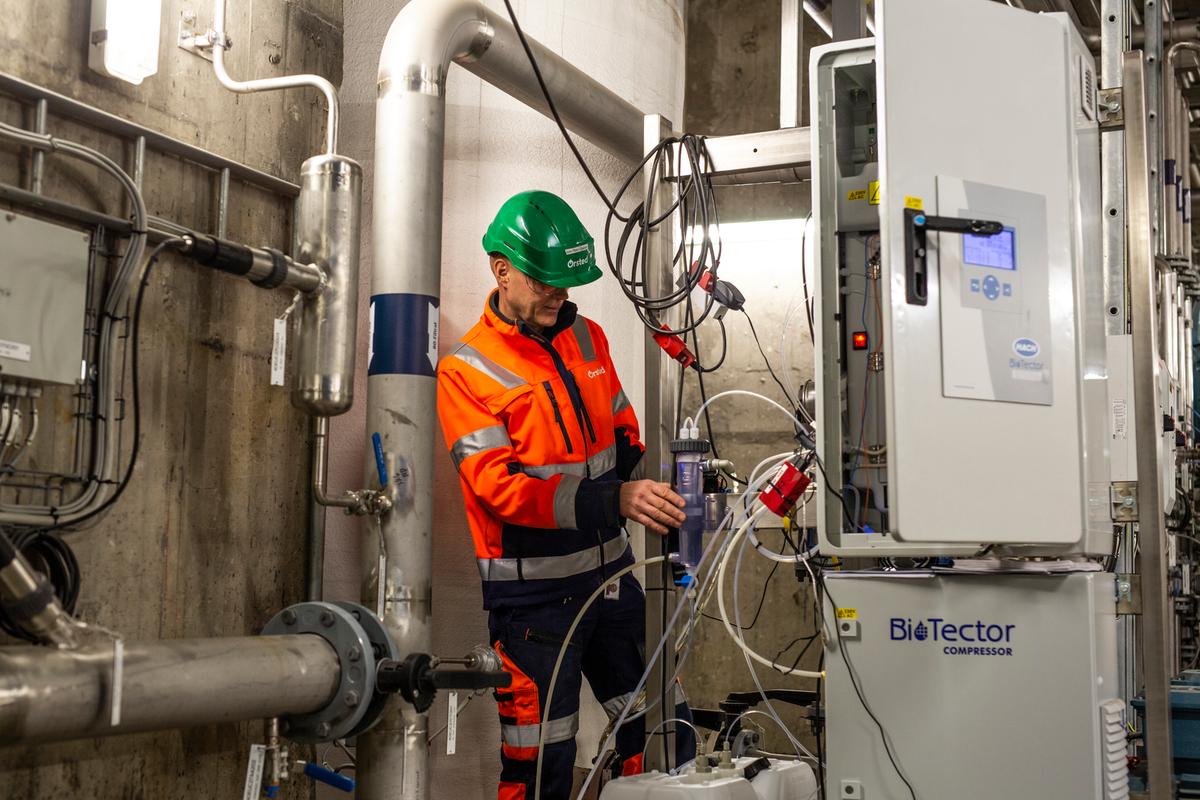 “Often, it may be necessary to stop the plant for safety reasons, for example in connection with a leak which we can’t monitor and follow online,” explains Jens Peter Clausen, Operations Manager at Skærbæk Power Station and one of the architects behind the new remote monitoring system.

“With WIS, we’re now able to monitor the defective component remotely and remain operational if the prior risk assessment permits this. This allows us to postpone repairing the leak until a scheduled shut-down, which results in a much lower loss of earnings,” elaborates Jens Peter Clausen.

WIS consists of a toolbox which the personnel at the power stations can quickly bring with them for troubleshooting if a need arises for acute or temporary remote monitoring of a plant component. This may involve a component which is defective or about to break down, or the personnel may need to map an operating pattern. WIS can be used as an analysis tool which can help establish correlations between operational problems more quickly.

The toolbox contains cameras, sensors for measuring temperature, movement and vibrations as well as various fastening devices. The signal from cameras and sensors is sent from a simple Linux computer – the size of a pack of cigarettes – via WI-FI to a PC, a centrally located screen in a control room or to a smartphone where the individual component can be monitored.

The employees at the power station can see the monitoring data as numbers and graphs along with video images, and they can add text, where relevant.

“It’s very useful in a control room where several persons share the on-call duty during the week, as they can now keep up to date with an explanatory text,” says Jens Peter Clausen.

WIS is an implementation of IIoT (industrial internet of things) and is a good example of how already existing IoT technologies are applied in the industry. This means much more data, high agility and at low cost.

“With our IIoT solution WIS, data changes from local to global. Suddenly, we can connect a supplier who can help us solve the problem. Or an engineer may be sitting at our head office looking at data,” explains Thomas Kastrup, IT Architect at Ørsted and one of the IT developers of WIS.

“Process data is increasingly used elsewhere than the actual power station, and it gives us much better chances of predicting faults and breakdowns using modern analytical tools and artificial intelligence,” elaborates Thomas Kastrup.

Part of the digital strategy

Ørsted has tested WIS at Avedøre Power Station and Skærbæk Power Station. The idea for WIS originated at an internal workshop in Ørsted’s New Tech Team. The object of the New Tech Team is to rethink processes and find innovative digital solutions which can streamline workflows and working procedures at Ørsted’s power stations. In addition to WIS, the New Tech Team has also come up with other digital ideas, including the use of robots for cleaning of cooling water ducts and the use of drones for inspection of boilers.  Consequently, WIS is one of several new initiatives which will contribute to digitising the power stations in the coming years.