More stable than solar PV or onshore wind, offshore wind could become a trillion-dollar business by 2040, and a mainstay of global power supply. Here are five key takeaways from the International Energy Agency’s first ever offshore wind report. 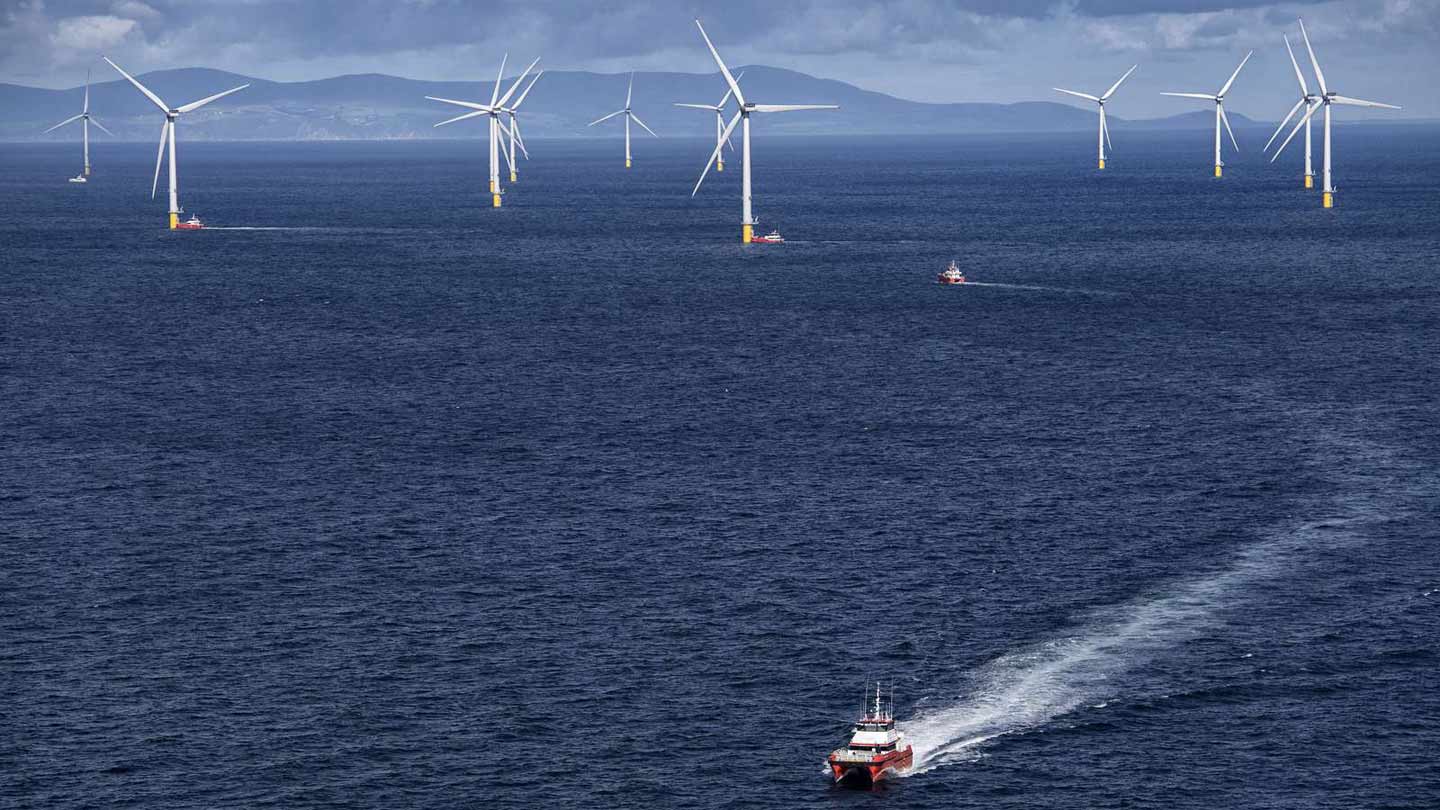 The Ørsted vision is a world that runs entirely on green energy. Ørsted develops, constructs and operates offshore and onshore wind farms, bioenergy plants and provides energy products to its customers.

The sun doesn’t shine at night and the wind doesn’t blow continuously, which makes intermittency an obstacle to adding more solar and wind energy to the grid. But the IEA’s recent World Offshore Wind Outlook says that offshore wind is not subject to the same intermittency limitations as onshore wind and solar.

The IEA classifies offshore wind as a “variable baseload technology” owing to its high capacity factors and lower variability, as compared with onshore wind and solar PV. Put simply, offshore wind operates, on average, at a higher share of its maximum power output and with less fluctuations. As such, offshore wind can provide more stable power to the energy grid, just as fossil-fuelled plants do, and “has the potential to become a mainstay of the world’s power supply.”

“The report shows that, through its bulk production of green and affordable energy, offshore wind will be a cornerstone in the global green transition, and provides value to the energy system comparable to dispatchable plants, such as those running on coal or gas,” says Ulrik Stridbæk, Vice President of Regulatory Affairs at renewable energy company Ørsted. “As a baseload technology, offshore wind will play an increasingly significant role in eliminating carbon emissions and tackling climate change.”

Here are five key takeaways from the report:

2. USD 1 trillion business by 2040: Offshore wind power capacity is set to expand, with the market adding 20GW* or more of offshore wind per year, by 2030. Around 40GW of capacity would need to be added each year in the 2030s to meet global climate goals.

3. Variable baseload technology: Offshore wind is a variable renewable energy source, but it generates power at high and stable rates. Modern wind turbines make the most of available wind resources and generate electricity during almost all hours of the day and tend to produce more electricity during the winter months and monsoon season.

4. Long term vision: Governments must set a long-term vision for offshore wind to ensure the necessary investments are made to allow the industry to grow. This will also help develop efficient supply chains in the industry, which are critical to delivering low-cost projects.

Read the full report Offshore Wind Outlook 2019, which was funded by the governments of Denmark and Germany and developed in consultation with a selection of international experts including Ørsted.

*1GW of offshore wind is enough to power just over one million households in Europe, according to calculations made by Ørsted.