REnescience technology can help China to utilise the great potential of its waste. 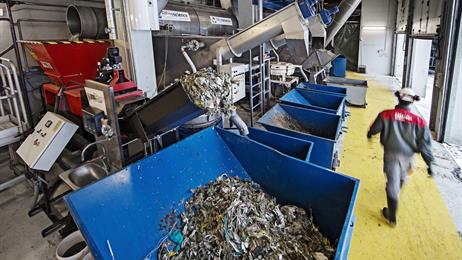 REnescience is an enzyme-based technology that recovers valuable products from unsorted municipal solid waste. Plastics and metals are separated very efficiently and can be recycled and reused for the production of new products. The organic fraction is converted into renewable energy. REnescience is a tried-and-tested technology.

At a milestone event held in Beijing, China National Environmental Protection Corporation (CNEPC) and REnescience signed a Memorandum of Understanding, based on the mutual acknowledgment that the Chinese solid waste market is of great potential and that the REnescience technology is an advanced technology for sorting and creating value from waste.

“This is a very positive first step for a possible future collaboration. With our REnescience technology we can help China exploiting the great potential of its solid waste market,” said Vice President Henrik Maimann, DONG Energy.

The signing of the Memorandum of Understanding is taking place in the wake of the 65-year anniversary of diplomatic ties between China and Denmark. The two governments have encouraged interaction and collaboration between authorities, institutions and private corporations, and an important cornerstone of the relationship is the development of renewable energy.