Operations base at Westermost Rough up for national building award

Westermost Rough is a joint venture between DONG Energy (50%) and its partners Marubeni Corporation (25%) and the UK Green Investment Bank plc (25%).

Other companies involved in the construction of the Westermost Rough O&M building include Hobson and Porter (Architect), Roff Marsh Partnership (Quantity Surveyor), Hoggarth Cooke Partnership (Mechanical and Electrical Engineer), Energy Practice (Structural Engineer), J.P.Chicks (Marine work), Beckett Rankine (Designer) and Intermarine LTD (Contractor).
Having won best commercial building at the regional South Yorkshire & Humber awards, the Westermost Rough O&M building is now in contention for the national prize at The Local Authority Building Control (LABC) Building Excellence Awards 2015.
First movers
Duncan Clark, Programme Director for Westermost Rough at DONG Energy, said:
“The Westermost Rough O&M building is a fantastic new state-of-the-art facility and I’m delighted it’s getting national recognition. The building is the first in the world to operate huge 6 megawatt (MW) offshore wind turbines and we’re very proud of its place on the historic Grimsby Royal Dock."
He continued: “Being nominated for a national building award is testament to the successful design and construction of the building, which is now operating daily with Westermost Rough delivering clean green energy to the national grid.”
Construction of the Westermost Rough O&M building began in January 2014 and was completed in December the same year. The building features a 900 square metre office and a 1,800 square metre warehouse. It is designed to accommodate 20 office workers and 30 technicians working in shifts.
The LABC Grand Finals will take place on Tuesday 10 November 2015 at the Lancaster Hotel in London.
Ergonomic design
Rob Sampson, Head of Operations for Westermost Rough at DONG Energy, said:
“The building has been designed to last for the 25-year lifespan of the wind farm. It provides us with the functionality to be able to effectively respond to our operational requirements. Efficiency in operations is extremely important and the site is ergonomically designed with that in mind. We have a great logistical set up for vessels, a huge warehouse for spares and a modern office space. The working environment really is exceptional.”
Westermost Rough was officially opened at a ceremony in Grimsby in July. The offshore wind farm is capable of generating up to 210 MW of electricity – delivering enough energy to the national grid every year to meet the annual electricity demands of well over 150,000 UK homes. It is the first offshore wind farm to make commercial use of 6 MW wind turbines with 75 metre blades. Each of the 35 turbines in use is taller than the Humber Bridge.

More photos of the O&M building 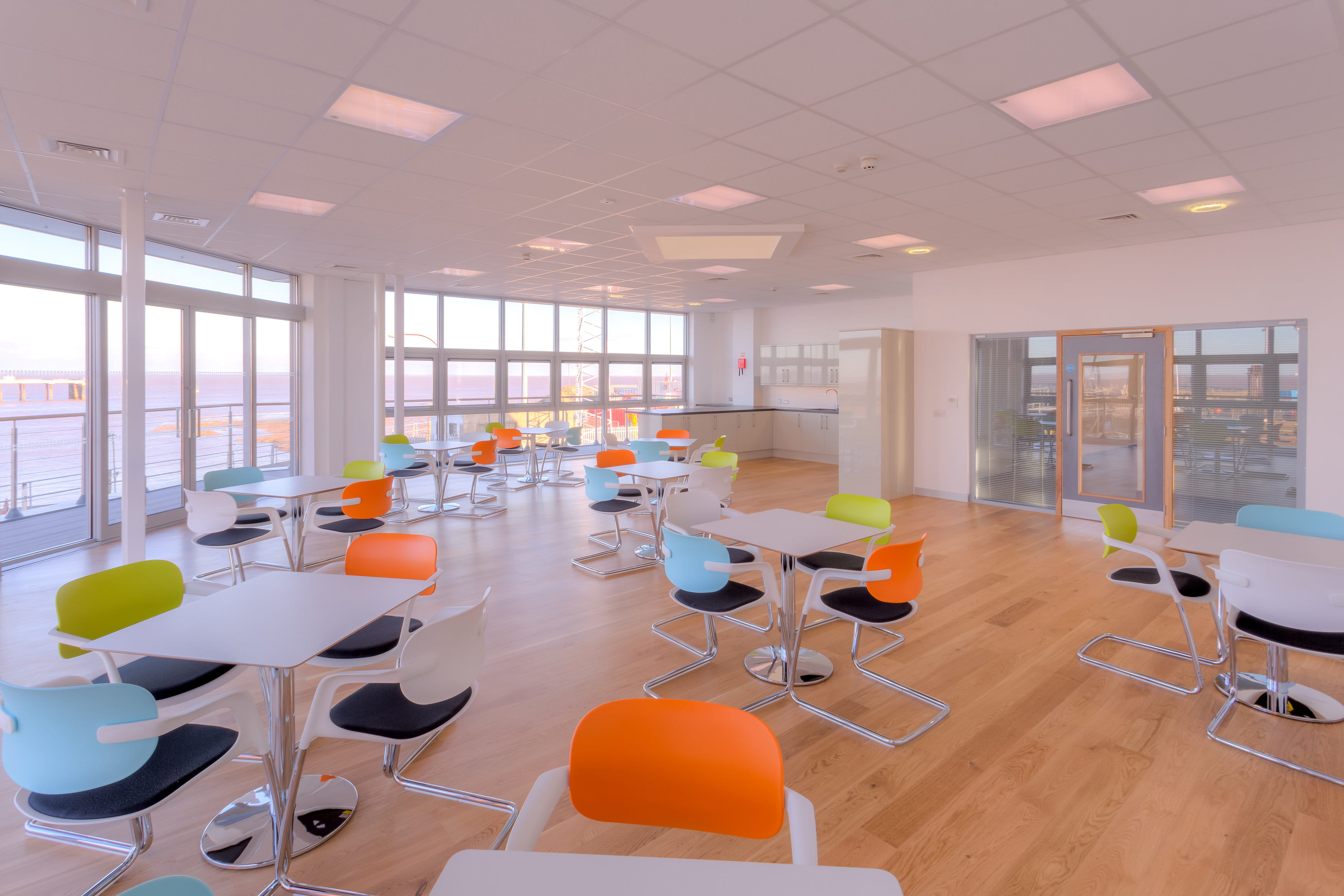 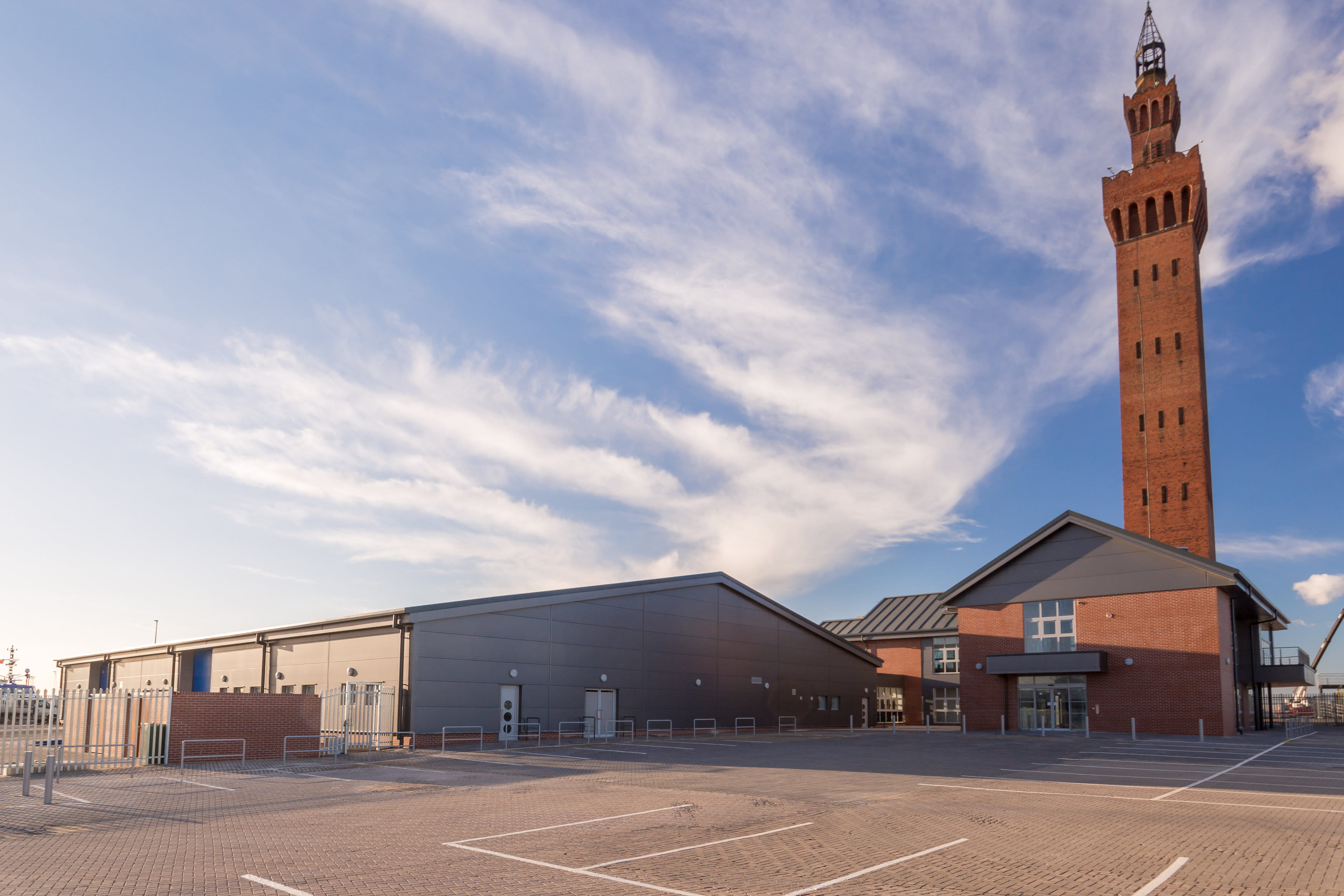