From 2019, Herning Power Station will be even more efficient when converting sustainable biomass to electricity and heat. 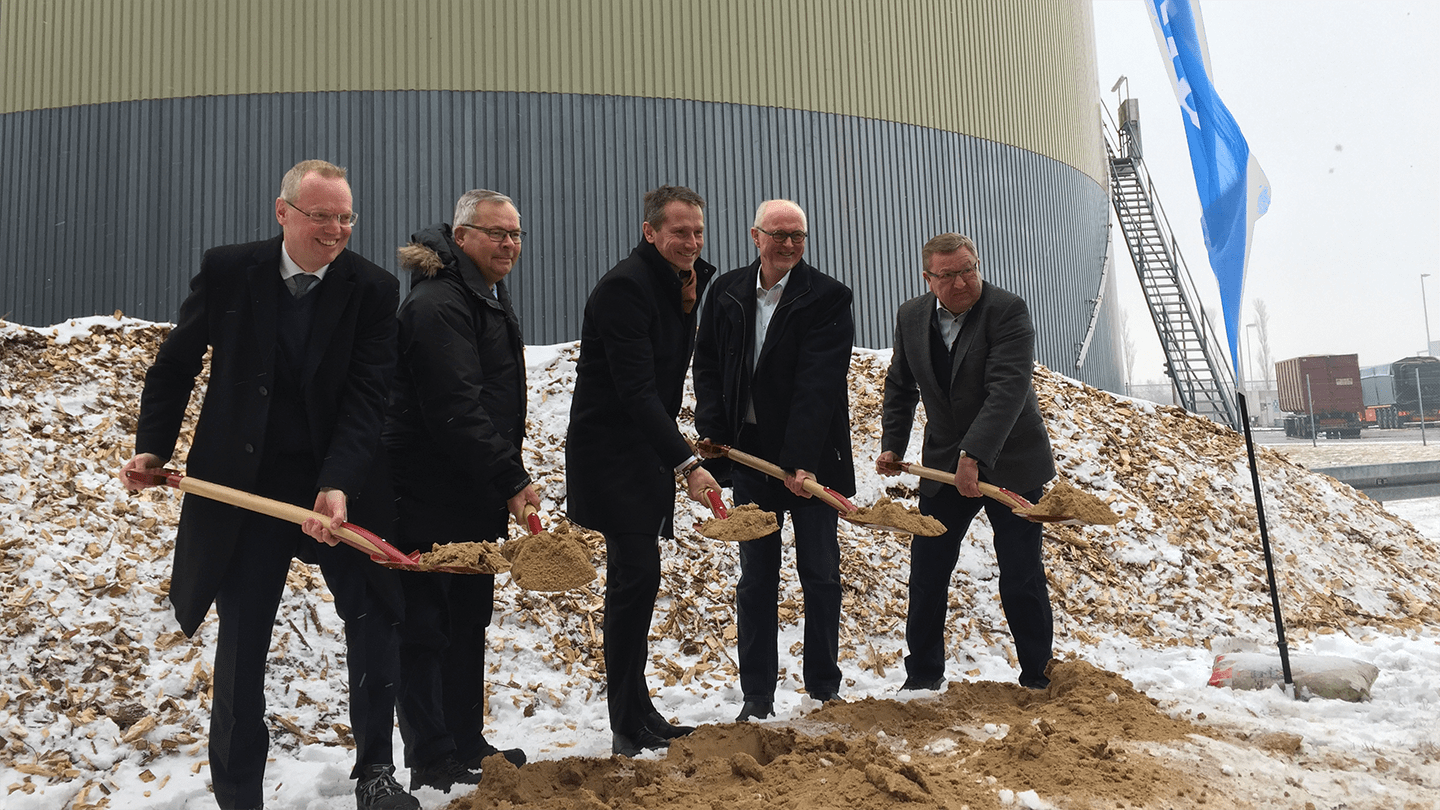 Today, Kristian Jensen, Danish Minister of Finance, accompanied by the Danish utility companies Eniig Varme, Energi Ikast Varme, Sunds Vand og Varme and Ørsted will cut the first turf for the conversion of Herning Power Station. Based on an investment of around DKK 200 million, the conversion project will provide the power station with a plant that is capable of reducing the consumption of wood chips and wood pellets by approx. 20% and still able to supply the same amount of heat to the Danish municipalities of Herning, Ikast and Sunds as today.

"It's really good news for our climate that we join forces with our heat customers to make Herning Power Station even more efficient. It's already a green power station running on sustainable biomass, and now we'll be able to reduce the fuel consumption significantly, thus ensuring that the power station is a competitive alternative to fossil fuels," says Thomas Dalsgaard, our Executive Vice President and CEO of Bioenergy & Thermal Power.

The conversion project is launched at the same time as we has signed a 15-year agreement with Eniig Varme, Energi Ikast Varme and Sunds Vand og Varme on the supply of district heating from Herning Power Station.

"We have an exciting period ahead of us, and I'm convinced that in future, it'll become even more attractive to be a district heating customer in Herning. We can see that district heating to a much wider extent than before is becoming the preferred choice for clients when deciding on which type of heating to instal in new buildings. Customers are very conscious about choosing a greener profile, and here district heating is a cost-effective solution compared to other types of heating," says Erling Vendelbo Klemmensen, Head of the Heat Division at Eniig Varme.

"I'm very pleased that the conversion of Herning Power Station now becomes a reality within the agreed budget framework for the benefit of our consumers," says Jørgen Mosegaard, CEO of Energi Ikast Varme.

"It makes sense to join forces to optimise the existing heat production and utilise the established infrastructure instead of looking for other solutions. I've great confidence that we, following the conversion of Herning Power Station, will be able to fulfil the environmental and economic assumptions which have formed the basis for the entire project. Consumers in Sunds can therefore look forward to greener heat as well as stable and competitive heat prices. This is basically what we as a local district heating cooperative continuously strive to ensure for our members," says Stig Østergaard Nielsen, Chairman of the Board of Sunds Vand og Varme.

A journey from black to green

Herning Power Station was officially opened in 1982 as a coal-fired power station. In 2000, it was converted to use natural gas, and two years later it was converted to using primarily wood chips as fuel. Since 2009, it has been able to run exclusively on biomass – primarily wood chips supplemented with wood pellets. And today sees the establishment of a flue gas condensation plant that will exploit the residual heat in the flue, making the plant more efficient.

The investment is thus a natural continuation of the initiatives taken since the full conversion to biomass in 2009, which have made Herning Power Station increasingly more green and more efficient.

The conversion includes the construction of a new building to house the plant as well as installation of all the mechanical components required to draw energy from the flue before it's discharged from the stack.

Preparations for the construction work have begun, and today, the conversion was officially initiated. The new plant is expected to be ready during the fall 2019.