The third deck of the Hejre platform's topside has just been lifted into place. Watch the time-lapse video of the construction of the structure so far. 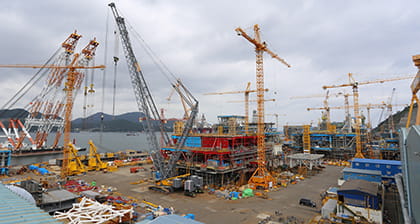 There are lots of details and challenges in connection with the construction of the Hejre platform. The platform's topside will consist of more than 13,000 tonnes of structural steel, 600km of cables, 40km of pipes, three lifts and more than 100 supplier packages (pumps, compressors, tanks, etc) arriving regularly from all over the world. It is a large and complex task to put all these things together, and it is expected to take more than 1.8 million working hours to produce the the platform's topside.

A milestone at the middle

Even though the project is complex, progress is made every day. DONG Energy's subcontractors are working hard on completing the project and they have just reached a major milestone, ie the installation of the intermediate deck. This is the third deck out of the topside's five decks.

Building the decks upside down

The Hejre platform is under construction at DSME's shipyard in South Korea. The shipyard is the second largest of its kind in the world. This Korean shipyard is innovative and has implemented a method to optimise both safety and efficiency: They build the platform's deck upside down!

As most of the structural components, cables, pipes and support elements are installed under the ceiling, it is safer and more efficient to install these components while the decks are upside down. Subsequently, the decks are turned over and installed. The building process can be compared to building with LEGO bricks. The only difference being that these 'LEGO bricks' weigh several hundred tonnes. 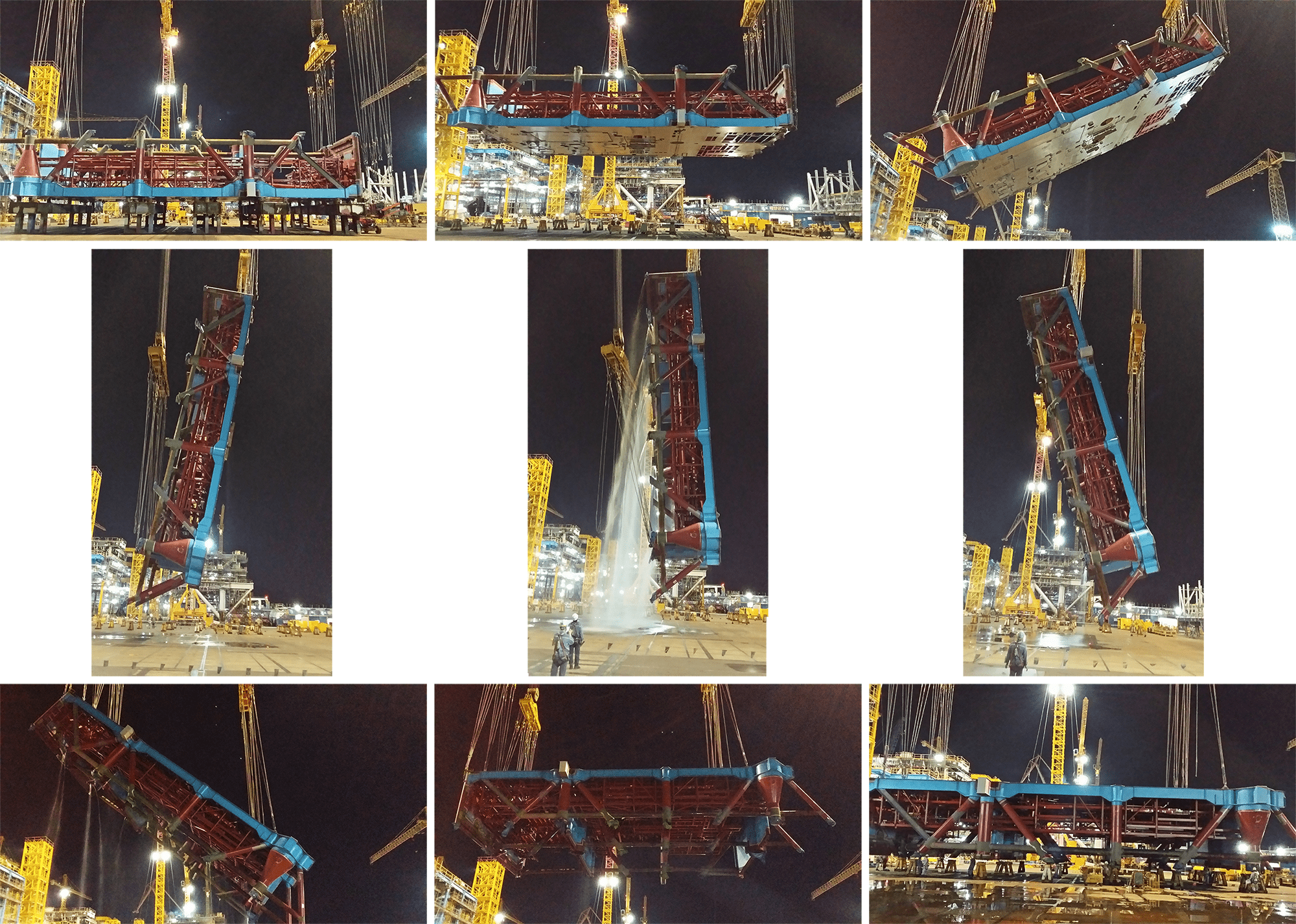 A block for the intermediate deck is turned over so that it can be installed on the platform. The block weighs 385 tonnes.

DONG Energy has set up a site team to monitor the progress and ensure that the work performed meets DONG Energy's high safety standard: 'The safe way or no way'. 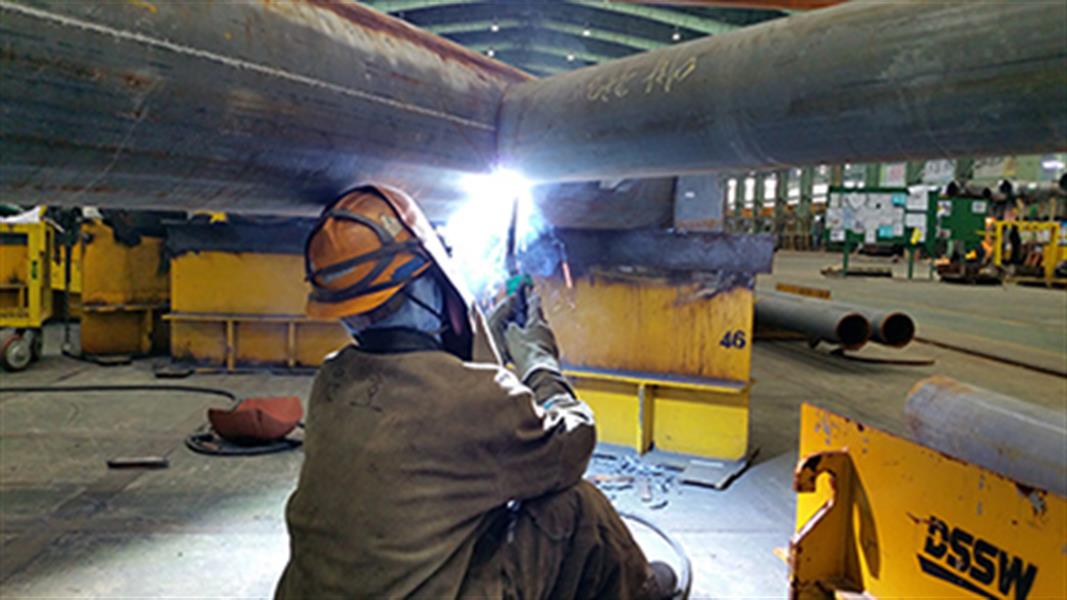 Currently, a lot of welding, painting and cable laying activities are taking place in Korea. It would take one worker more than 900 years if he were to build the Hejre platform himself, even without holidays.