The bio boiler at the Ensted Power Station is now to be scrapped to make room for new activities in the area. 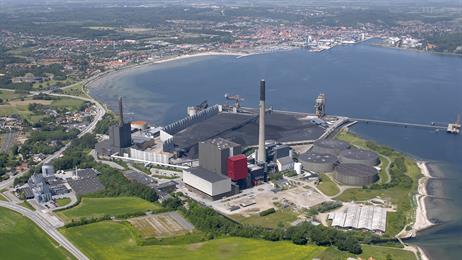 DONG Energy has decided to scrap unit 2 at the Ensted Power Station and some related buildings. Consequently, an area of up to 90,000m2 will be put up for sale. Unit 2, which is a bio boiler, has not been in operation since October 2013, and it is not likely that it will ever become operational again.

"We've established that the bio boiler will not go into operation again. Therefore, it makes good sense to remove it and make the areas available for other uses."

The Mayor of the Danish city Aabenraa is pleased with the fact that DONG Energy is now in the process of modifying the area around the Ensted Power Station for the future operations so that others can benefit from the excess areas.

"Aabenraa Municipality is one of Denmark's most business-friendly municipalities and we want to continue being just that. One of the prerequisites are attractive commercial areas, and the released areas at the Ensted Power Station are attractive indeed."

DONG Energy expects to start the work on removing the bio boiler and the related buildings in the summer of 2015. Consequently, according to the plan, the entire area should be cleared during the summer of 2016. Petersen continued:

"According to the current plans, we'll be ready to release the cleared areas by the middle of 2016 and therefore, we would like to enter into a dialogue with parties who are interested in the areas."

The new area to be cleared will be the second piece of land at the Ensted Power Station that DONG Energy will sell for other purposes. An area of 60,000 m2 facing Flensborgvej and Varnæsvej has already been put up for sale.

Today, a synchronous compensator ensuring stability of the power grid in Jutland is located on the areas by the Ensted Power Station's unit 3 and this will remain unchanged for now.