Electricity bonanza during the Christmas days

Private households use much more electricity during the Christmas days. And at DONG Energy, we keep a close eye on the consumption and the potential power cuts. 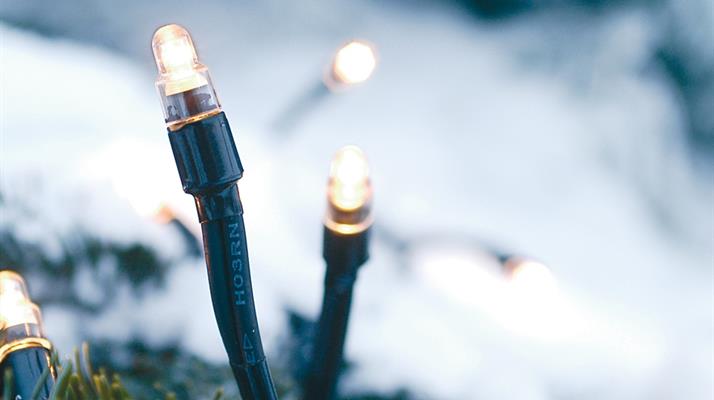 The roasted duck, the Danish Christmas cookies and the fairy lights make the electricity consumption of the Danish households increase by approximately 40 million kWh. This corresponds to the annual consumption of approximately 10,000 households. During the whole of December, the electricity consumption of the Danish private households increases to what corresponds to approximately DKK 80 million compared to a standard month.
Christmas Eve is an electricity bonanza
The consumption is at its peak on Christmas Eve when the ovens are working at their maximum. We cook, roast and bake for what corresponds to DKK 10.2 million more or 6 million kWh more on 24 December compared to an ordinary Thursday.
At weekdays in December, we have an increase in consumption of approximately 900,000 kWh in Danish households, corresponding to approximately DKK 1.7 million. But also at weekends during the Christmas month, there is clearly more activity on the electricity front in the private homes than usual.
DONG Energy monitors the power grid and makes sure that sufficient energy is produced to handle the demand. The electricity and gas grid is monitored 24/7/365. And this includes Christmas and New Year. A fixed duty roster combined with clear procedures and emergency response plans make it possible for Mr and Mrs Denmark to enjoy both Christmas and New Year with a hot roast on the dinner table, electricity in the wall outlet and gas in the boiler.
Søren Pedersen, manager of the Netcenter (the Grid Centre) in DONG Energy, explained how a typical Christmas Eve passes for the employees who are on duty.
"Actually, there are no special challenges during Christmas which we must take into account. Even though the electricity consumption is high, our power system is still able to cope. Don't worry, there will be sufficient power for all. So as consumer, you needn't worry. If the alarm should go off in the Netcenter, only our own roasted duck will get cold while we solve the specific problem."