Don't be on standby when on holiday

DONG Energy recommends that you pull the plug and save money. 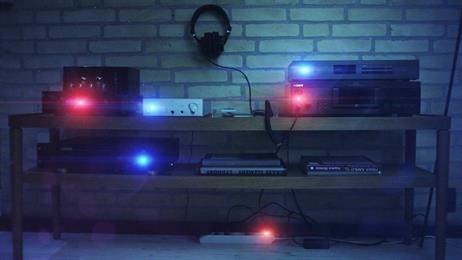 Through a nationwide survey, DONG Energy has found out that many areas of Denmark have the potential to cut their energy bill by reducing their standby consumption. And now that many people will be leaving their homes to go on summer holidays, it makes even more sense to turn off electrical appliances. By paying a little extra attention to your standby consumption, you can save up to DKK 800 a year and increase your holiday 'allowance'.
Louise Hahn, Vice President of Sales B2C, said: "Being Denmark’s largest energy company we want to help Danes lower their energy bill. Our prices rank among the cheapest on the market, and we also want our customers to better understand their consumption. So, for the next three weeks we will encourage people – to the tunes of a famous Danish party pop song – to switch off their electrical appliances and not use any standby power. It's money down the drain."
Great interregional differences
A survey among 1,020 electricity customers conducted by Megafon for DONG Energy in the spring shows that only about half of the Danish population turn off appliances on standby and/or use energy saving power strips. Particularly the North Denmark Region and the Central Denmark Region have a potential for cutting down their standby consumption.
Does age play a role?
There is a tendency that young consumers are better at turning off standby power, illustrated by the fact that 44% of those aged 19 to 29 years state that they remember to do so.  Among the 30 to 39-year-olds, who are typically characterised by being busy families with small children, the figure is 34%. From the age of 50 and upwards, there is also a tendency to focus more on standby power.

The survey also shows that the incentive to reduce standby consumption is to save money. 67% thus state 'a lower energy bill' as their biggest motivation to save energy. That the potential is so huge comes as a surprise to many survey participants – only 21% of the population think that they would be able to save DKK 800 or more a year by turning off standby power.