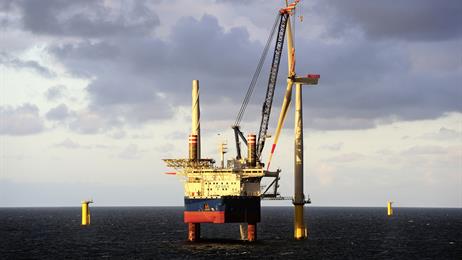 The wind farm, which has a total capacity of 312MW, is a joint venture between the market leader in offshore wind, DONG Energy, with an ownership interest of 50% and Kirkbi Invest A/S and William Demant Invest A/S with a joint ownership interest of 50%.
Trine Borum Bojsen, Managing Director for DONG Energy in Germany, said: "The installation of our very first wind turbine in German waters is a very visual prove of DONG Energy’s ambitions in Germany. Borkum Riffgrund 1 is not only our first wind farm in Germany; it's also the first in a series of wind farms."
Bojsen continued: "We'll continue in 2015 with the installation of the offshore wind farms Gode Wind 1 and 2. With these three wind farms, we'll have installed approximately 900MW in the German North Sea, thereby providing electricity to nearly one million German households."
Borkum Riffgrund 1 is located approximately 37 kilometres north of the island Borkum in the German part of the North Sea.
Borkum Riffgrund 1 is expected to be commissioned in the first half of 2015. The wind farm has a capacity of 312MW, producing enough CO2–free electricity to power approximately 320,000 German households. The offshore construction works started in August 2013.
So far, DONG Energy has built a total capacity of 2.100MW offshore wind energy. When all DONG Energy's projects currently under construction  are completed, DONG Energy will have installed a total of 3.600MW, making it well past halfway to realising the company’s strategic target of installing 6.500MW by 2020.