DONG Energy Sales today announced that Jeff Whittingham has been appointed Managing Director. Jeff is taking over from Mike Hogg who is retiring after more than 41 years in the energy industry. The new appointment will be effective on 1st November 2014. 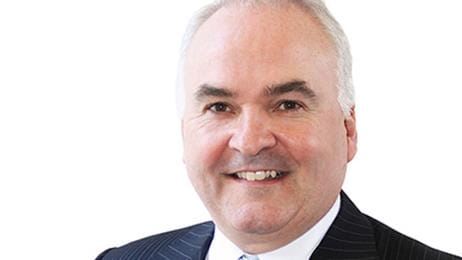 About Jeff Whittingham
Jeff Whittingham has 27 years’ experience within the UK B2B energy industry having started his career with the East Midlands Electricity Board in 1987.

During his career he has held a number of senior management positions in energy supply, trading, strategy and business development where he has a track record of building successful and sustainable new energy businesses.

In 1990 he joined National Power at the start of electricity supply competition and eventually moved to British Energy where he managed the supply business during a period of significant growth. In 2000 he joined RWE Trading and created an energy supply business (which was eventually sold to GdF) and in 2007 joined British Gas Business where his responsibilities included the creation and management of the B2B energy services business and SME energy sales which secured over 100k new customers annually. In 2012 he joined Inenco and was part of the senior management team that successfully sold this business in September 2013.

About Mike Hogg
Mike has been in the energy industry for 40 years, after joining Shell in 1973 and remaining with the company until the sale of Shell Gas Direct to DONG Energy in May 2012. Mike has 29 years’ experience of oil products, moving to gas just over a decade ago. The oil products experience included strategic planning, distribution, marketing and sales in such diverse markets sectors as Retail, LPG, Fuels & Lubricants. Towards the end of his time in oil, Mike also held responsibility for Shell’s UK network of fuels and lubricants distributors, including 14 subsidiary companies, as Chairman or MD.

Mike joined the gas sector as Shell’s European Gas Marketing Manager in 2001. In this role, Mike contributed at a strategic level to Shell’s gas market entry plans in liberalising markets across Europe and managed the country marketing teams charged with providing the tools for gaining and retaining customers following market entry. In March 2007 Mike became General Manager of Shell Gas Direct and in 2010 took on the additional responsibility for Shell’s gas sales to industrial & commercial customers in Denmark and Germany.

In 2012, Mike led the team through the transition following the sale of Shell Gas Direct to DONG Energy, an innovative and forward-thinking player in the UK energy sector. Mike has enjoyed leading DONG Energy Sales throughout this challenging and instrumental period - helping to provide energy solutions for UK plc - and delighted with the positive steps that have already been achieved.

Alongside his professional experiences in 2011 Mike was granted the honour of becoming a Freeman of the City of London.

“DONG Energy remains fully committed to the UK market and the strategy to be a leading energy solutions provider through partnerships will not change”.

“It has been a privilege to work with Mike and I would like to thank him for his valuable contribution. He has enjoyed a distinguished career, continuously putting customers first and meeting their evolving needs. Mike successfully led the team through the transition from Shell to DONG Energy - and in the two years since becoming part of DONG Energy we have consolidated our position as the third largest gas supplier to the market, with a market share of some 12%, launched power - and also Climate Partnerships and Power Hub. We look forward to welcoming Jeff and I’m confident that he will build on this success”. 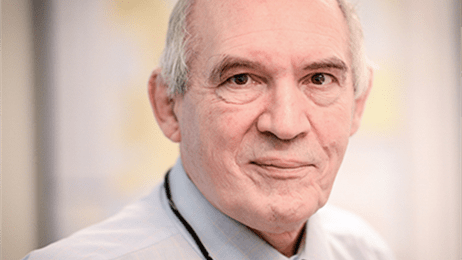 Mike Hogg is retiring after more than 41 years in the energy industry.

“I have thoroughly enjoyed my forty-one and a half years in the European energy industry having met and worked with some wonderful people. I look forward to working with Jeff and the senior management team during the transition period.”

Mike’s successor, Jeff Whittingham, is a successful and experienced Senior Director from the energy services and utilities industry. Jeff joins from Inenco where, as COO, he has been responsible for growth initiatives, business development, regulation and general business management across all three divisions. Jeff has a track record of building successful and sustainable new energy businesses including managing the largest B2B SME energy sales operation in the UK energy market which secured over 100,000 new customers annually.

“I am excited at the prospect of joining DONG Energy and continuing the great work that Mike and the team have done delivering high levels of customer satisfaction and entry into the electricity market which will provide the business with significant future growth opportunities. The UK energy market faces a number of challenges over the coming years and DONG is well placed to be very successful over this period with a strong presence in both the UK upstream and downstream markets which will enable us to provide sustainable competitive energy pricing for our customers coupled with great customer service over the longer term. I would like to wish Mike all the best for a happy and well-earned retirement.”