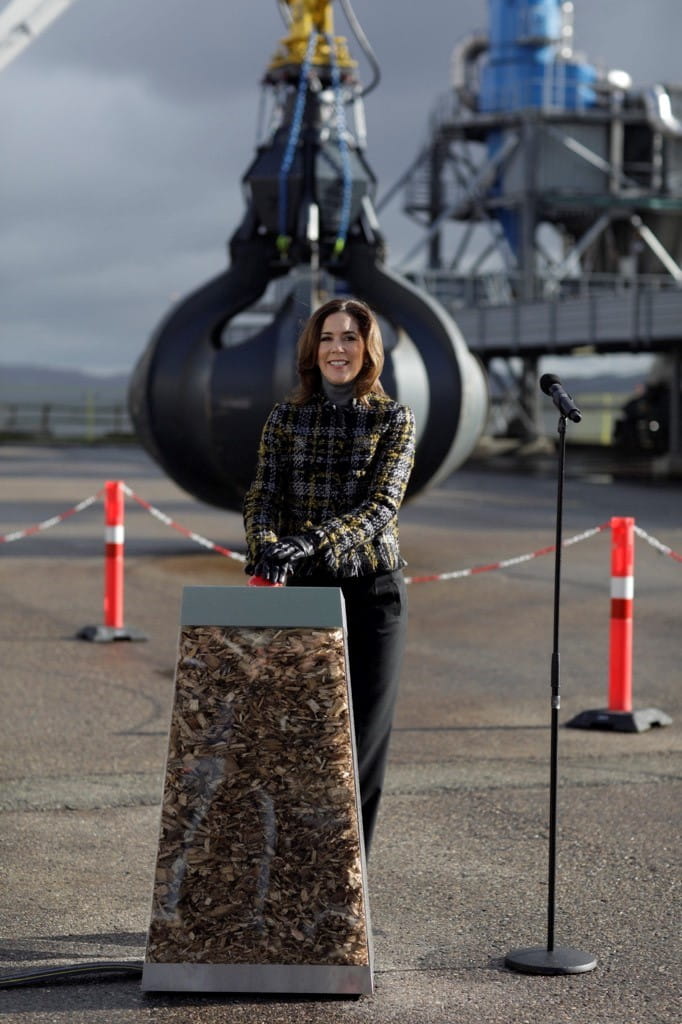 We and the Danish heating transmission company TVIS concluded a new heating agreement in June 2013 which will be in force until 2037. Under the agreement, Skærbæk Power Station near Fredericia was to be converted to using sustainable wood chips as a fuel in the period 2014-2017.

The conversion of Skærbæk Power Station led to an investment of approximately DKK 1.8 billion. This investment has created 600-700 jobs (full-time employees), distributed throughout the construction period.

Following more than three years' intensive work on converting the Skærbæk Power Station, it was ready to be inaugurated by HRH The Crown Princess on Wednesday. The power station is now able to supply electricity and heating without using fossil fuels.

"With the participation of The Crown Princess, we've now marked the completion of an extensive conversion. Skærbæk Power Station has been given a new and greener life, which will benefit residents in the Danish Triangle Region and contribute to Denmark's green transformation," says our Executive Vice President and CEO of Bioenergy & Thermal Power, Thomas Dalsgaard.


Skærbæk Power Station has undergone a conversion from black to green energy. Built in 1951, the power station was to use coal as fuel. In 1997, it was converted to gas, and it's now been converted to using wood waste from sustainable forestry.

We are converting our central power stations to using biomass as fuel instead of coal and gas. By 2023, we've decided to entirely stop using coal at our power stations, and the conversion of Skærbæk Power Station will also significantly reduce our gas consumption. This will contribute to our goal of reducing carbon emissions from our heat and electricity generation by 96% in 2023 compared to 2006.