A joint venture agreement forms the framework for further analysis of the possibility of a REnescience plant in the Netherlands. 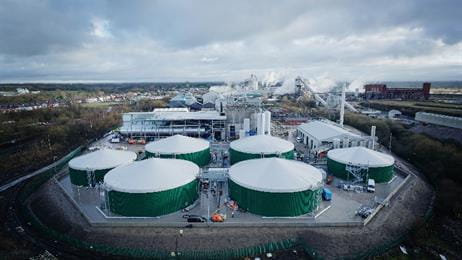 The joint venture agreement is a step closer to realising a REnescience plant, which will be able to convert household waste from region into green gas and ensure a high recycling rate. But before the parties reach a decision to invest, a final business case will be prepared and presented to the three Dutch municipalities Eindhoven, Geldrop-Mierlo and Valkenswaard, which own Cure.

Cure Afvalbeheer collects and handles the waste in the three Dutch municipalities Eindhoven, Geldrop-Mierlo and Valkenswaard.

First REnescience plant in the UK is taking shape

In Northwich in the UK, DONG Energy is constructing the first commercial REnescience plant for converting residual waste into green energy and recyclable materials. The construction is progressing according to plan, and the plant is expected to be commissioned in the second quarter of 2017.

The Northwich plant can process 120,000 tons of waste a year, equivalent to the waste generated by approximately 110,000 British households.