In the first of two German auction rounds, the Bundesnetzagentur has today awarded DONG Energy the right to build three offshore wind projects in the German North Sea. 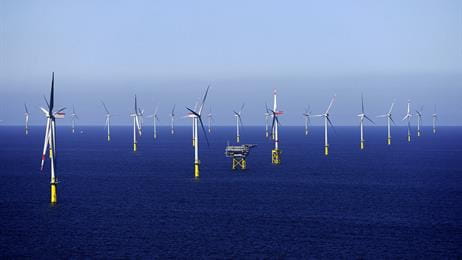 DONG Energy submitted six projects in the bid and won with the following three projects which have a total capacity of 590MW:

The three projects are planned to be commissioned in 2024, subject to Final Investment Decision by DONG Energy in 2021.

Samuel Leupold, Executive Vice President and CEO of Wind Power at DONG Energy, says: “We’re pleased with being awarded three projects in the first of two German auction rounds, and we have good opportunities to add further capacity to our winning projects in next year’s German auction. Today’s results contribute to our ambition of driving profitable growth by adding approximately 5GW of additional capacity by 2025.”

For two of the projects – OWP West and Borkum Riffgrund West 2 – DONG Energy made bids at zero EUR per MWh, i.e. these projects will not receive a subsidy on top of the wholesale electricity price. The Gode Wind 3 project was awarded based on a bid price of EUR 60 per MWh.

Samuel Leupold says:
“The zero subsidy bid is a breakthrough for the cost competitiveness of offshore wind, and it demonstrates the technology's massive global growth potential as a cornerstone in the economically viable shift to green energy systems. Cheaper clean energy will benefit governments and consumers – and not least help meet the Paris COP21 targets to fight climate change. Still it’s important to note that the zero bid is enabled by a number of circumstances in this auction. Most notably, the realization window is extended to 2024. This allows developers to apply the next generation turbine technology, which will support a major step down in costs. Also, the bid reflects the fact that grid connection is not included.”

Samuel Leupold continues:
“Financial discipline is key to us. We are of course reflecting the project’s exposure to market risk in the cost of capital applied. We see a solid value creation potential in this German project portfolio and will now begin to further mature the projects towards a Final Investment Decision (FID) in 2021.”

Volker Malmen, country manager in DONG Energy Germany, says:
“Making green energy cheaper than black has for years been part of DONG Energy's strategic ambition. Offshore wind is fully capable of replacing retiring power plants and to become the backbone of Germany’s energy transition, and I hope that today’s encouraging results will inspire an accelerated and higher volume build-out of offshore wind in Germany and motivate the electrification of transportation and heating.”

The above drivers deliver a cost-of-electricity below our forecasted wholesale power price and will allow us to create value and meet our return requirements at the expected market prices without subsidies. Compared to German power price forecasts available from leading research firms, we consider our price forecast to be relatively conservative. We have applied a higher cost-of-capital than in previous projects to reflect the potential increase in market price exposure.

The cost reductions required for a German project without subsidies are fully feasible, both technically and commercially. Towards a final investment decision in 2021, DONG Energy will monitor the key factors which will determine long-term power prices in Germany. These factors include the impact of EU actions to reinvigorate the European carbon trading scheme; the phase-out of conventional and nuclear capacity; the future role of coal in Europe; and the build-out of onshore transmission grids