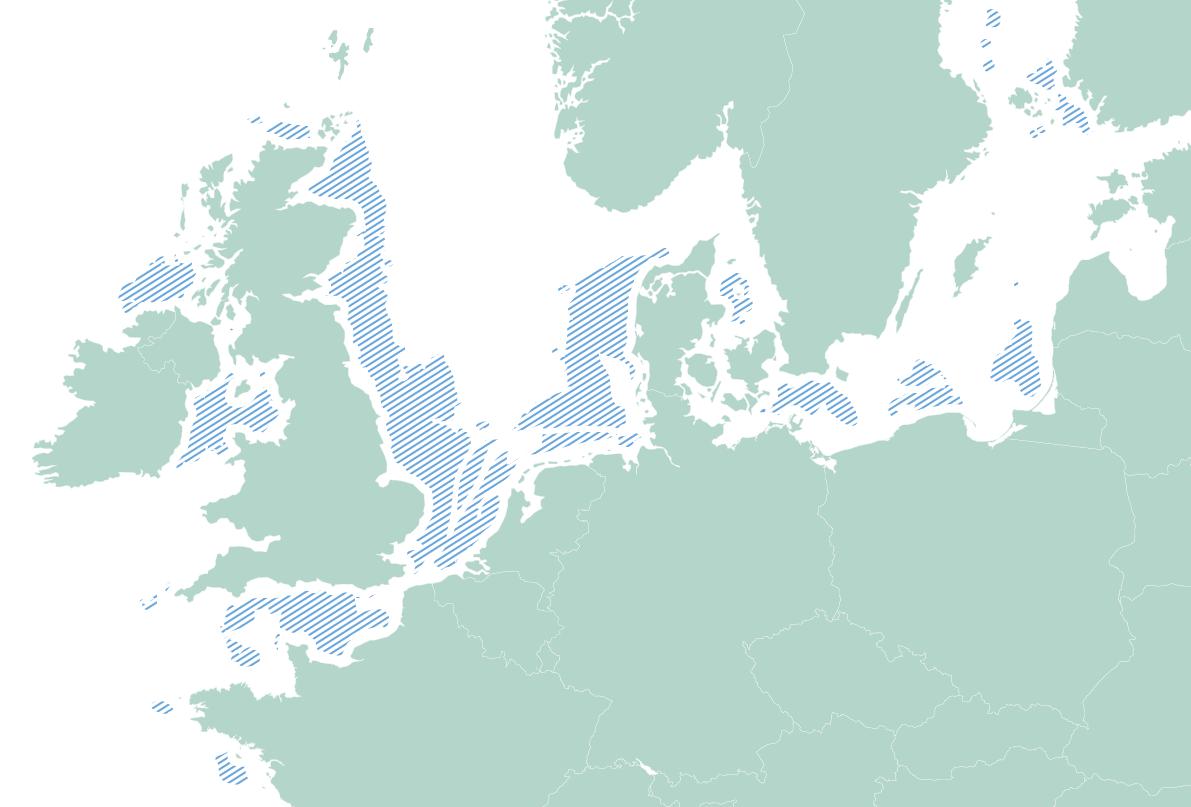 Though it’s gradually changing its power mix, Europe still relies on coal for a large share of its electricity. Today, coal, gas and nuclear power makes up 23%, 23% and 22% of European electricity generation, respectively. By 2030 this will fall to 14%, 18% and 22% under current policies. A lot of coal or lignite fired power plants will have to be replaced by renewables, if Europe is to have any chance of meeting its existing CO2 targets.

Offshore wind can replace a large part of coal-based generation. In fact, the total potential for economically viable wind in North Seas can supply energy equalling the maximum production of all existing coal-fired power plants in Europe – two times over. How much of the potential we can realise will ultimately depend on the transmission grid, the regulatory framework and market conditions. As for solar and onshore wind, a grid is required to transmit the offshore wind power to consumers across the continent. Nonetheless, the potential of offshore wind is enormous. 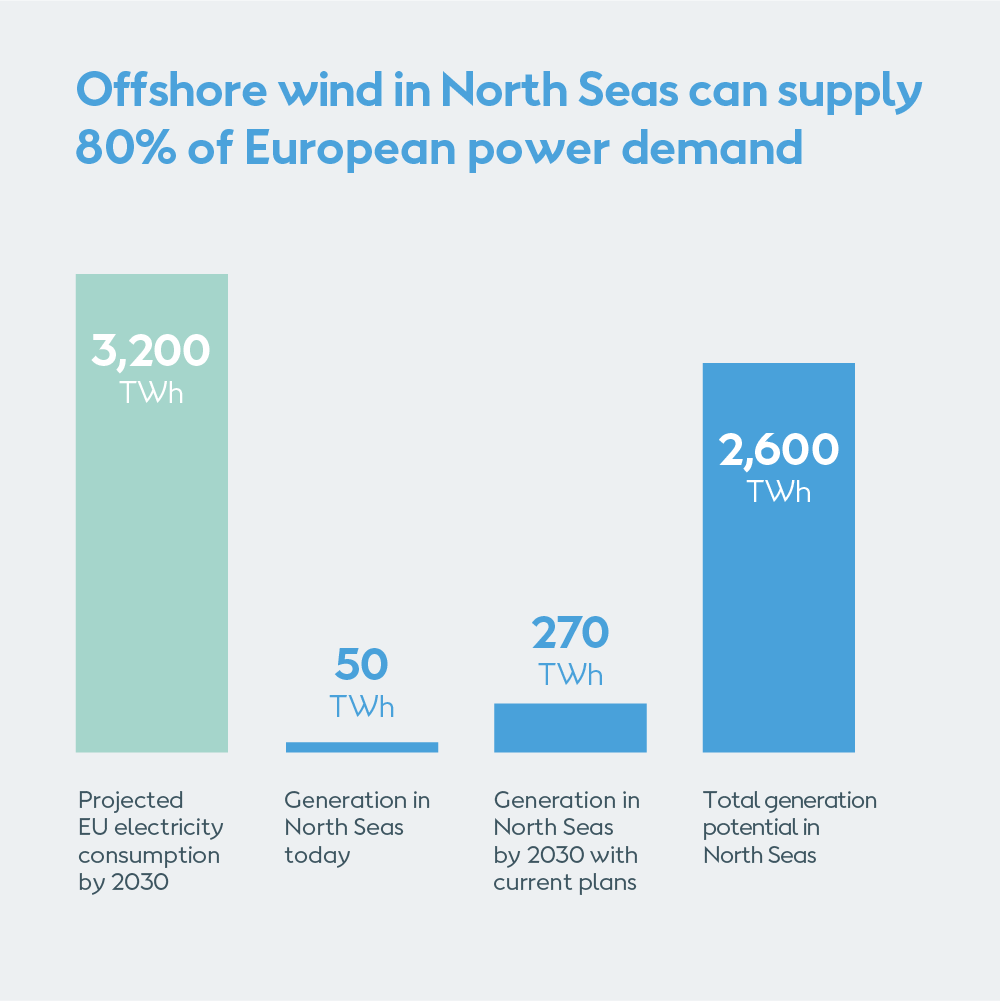